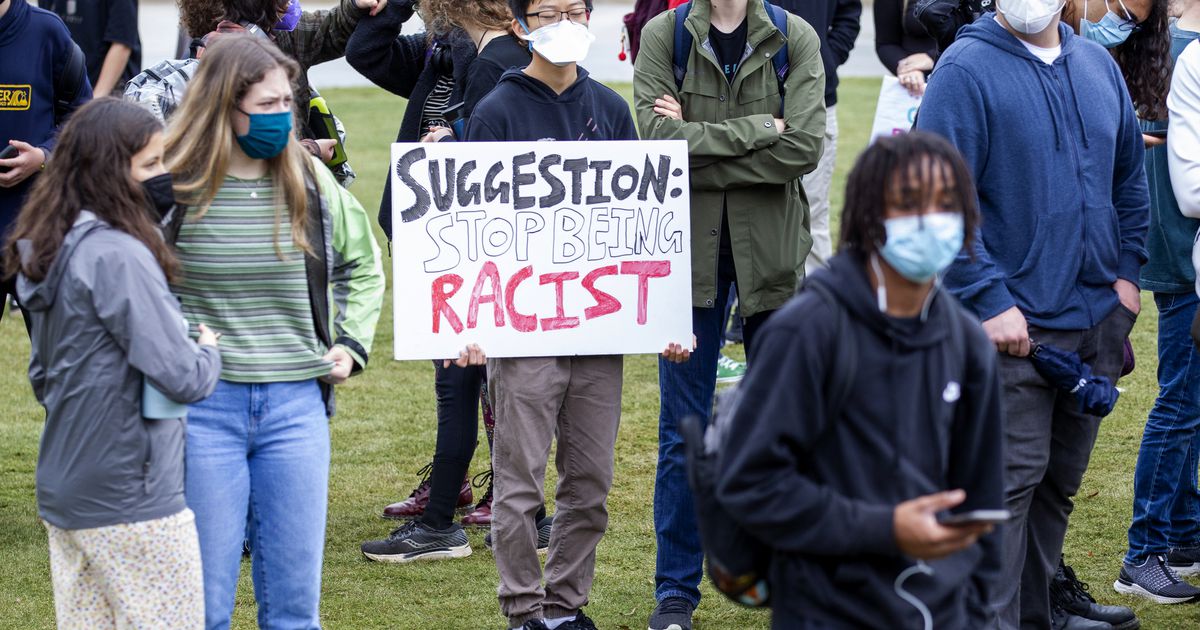 Maurice Brewton, who teaches US history in a Clayton County high school, thinks the legislation betrays a fear among white conservatives about a reckoning with America’s brutal history of slavery and racism.

”It’s time for us to be able to have these uncomfortable conversations candidly,” he said. “We don’t want to continue to push the conversation back and make the next generation have to deal with it.”

Kemp said during his State of the State address in January that he would work with lawmakers to stop the “divisive ideology” of critical race theory in schools.

The academic theory is taught in college courses to explore the influence of racism on institutions and society. Georgia school districts say it isn’t taught in K-12 classrooms.

Even so, Republicans have crusaded against it, introducing legislation or taking other steps in dozens of states, according to reports.

Many of the bills, like HB 1084, target nine concepts considered divisive. They were copied almost line for line from a September 2020 executive order by then-President Donald Trump banning them from federal worker training.

The prohibited concepts involve generalizations, like saying one race is inherently superior, moral character is racially determined, a person is responsible for past actions by others of the same race or America is fundamentally racist.

“This legislation is an attack on Georgia students and teachers, and government censorship of the worst kind,” Max Flugrath, spokesman for the Democratic Party of Georgia, said in a news release.

HB 1084 was sponsored by Rep. Will Wade, R-Dawsonville, who used to be a Dawson County school board member and a president of the Georgia School Boards Association. His legislation would establish a process allowing parents to have their complaints heard.

Wade has high hopes for his bill. It is about “building unity” and shielding students from the political fringes, he said at a hearing on Monday. “I believe that there is a path for us to end racism in America.”

ExploreMore stories about education and legislation

So far, the legislation has attracted protest rather than unity.

The debates in legislative hearings and on chamber floors have elicited partisan rancor followed by votes that fell mostly along party lines. Students and teachers have traveled to the Capitol for rallies and marches in opposition.

Decatur teacher Amelia Copp gave lawmakers copies of a petition against the legislation. More than 1,300 have signed it.

“I have talked personally to several teachers who said they’re going to either move or quit if these bills pass,” she said after delivering the petitions two weeks ago.