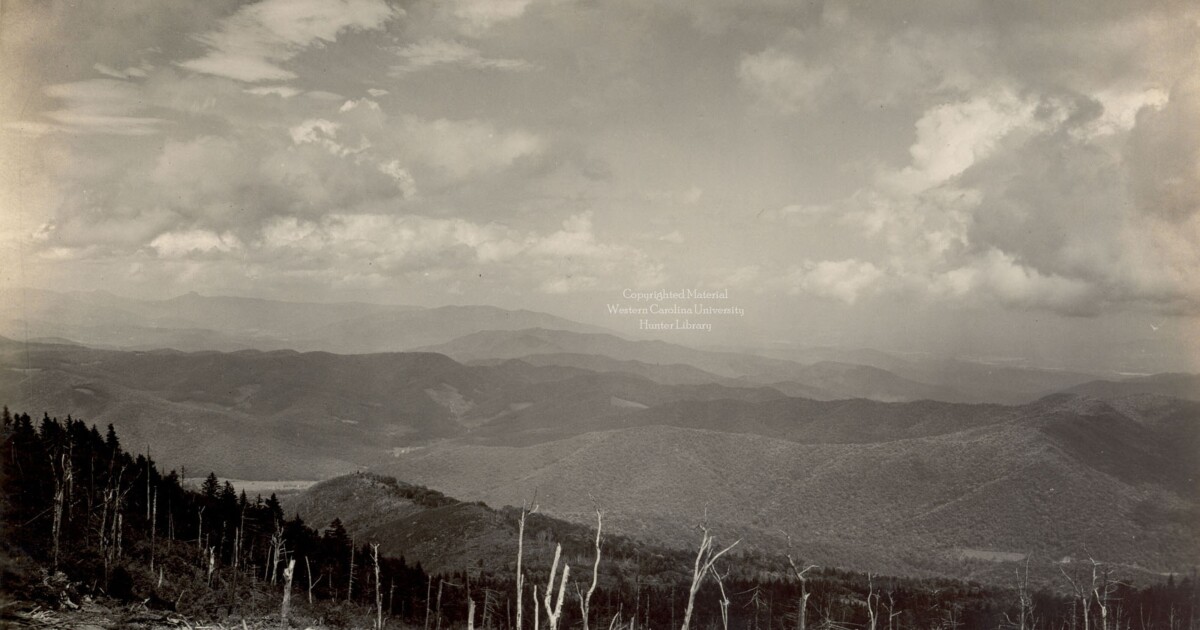 Brent Martin will hold a book reading Thursday, August 18 at 6 p.m. at the Jackson County Public Library in Sylva.

A bright and gentle butler

The first known recording of George Masa in the United States dates from 1907 in San Francisco. He placed an ad in San Francisco Calling as a “bright and sweet” butler seeking employment with a good family. In 1915 he was in Asheville, working at the newly opened Grove Park Inn. We don’t know much about his time there except one thing: Fred Loring Seely, a businessman who ran Grove Park Inn for his father-in-law Edwin Wiley Grove owner, accused Masa of being a spy. . Seely tried to report him to the War Department, but luckily for Masa, Mr. Seely’s accusations went nowhere.

Masa didn’t stay long at the Grove Park Inn. According to Martin’s research, he began working as a photographer and joined Pelton Studios in Asheville in 1918. Throughout the 1920s he produced newsreels, promotional pieces, postcards, and newsreel photographs for media publications such as the Citizens of Asheville Time and the New York Times. The town of Highlands was already a retreat for wealthy people back then, dating back to the days of slavery, and the town hired him in 1929 to take promotional photos for their tourist industry. So does the Asheville Chamber of Commerce. Just like the whites-only park, Mount Mitchell.

For a love of the Mountain

Masa’s heart – however – was in the mountains. He spent weeks at a time, alone or with his companion Horace Kephart, in the Smokies. And he turned these excursions into a great enterprise of mapping and surveying the terrain that would become Great Smoky Mountains National Park. “He kept a map of the Smokies on his wall,” Martin said, “that he put pins for every place he had been in the Smokies. People who saw that map said it would be covered He had been everywhere.

During his travels he contributed to the committee that would later establish the Great Smoky Mountains National Park, but the National Park Service never officially accepted him as a member. This comes from Brent Martin’s research which he includes in the book. Masa spent a lot of time interviewing Cherokee people trying to understand the land. He also worked on mapping the southern route of the Appalachian Trail – this project took Masa through the Southern Uplands and the Great Smokies where he produced an unprecedented catalog of photographs.

George Masa was a pioneer of his time. He established himself as a successful photographer during Jim Crow. He found ways to participate in white-only spaces when blacks and Cherokees were outright excluded. He surveyed Stone Mountain in Georgia just as the state was carving a Confederate monument into the rock face. Unfortunately, we don’t know what Masa knew about Jim Crow and the Neo-Confederation, nor do we know how he felt navigating day-to-day in a racist landscape.

“Ansel Adams of the Smokies”

When the stock market crashed in 1929, Masa’s financial prospects also crashed. Like most Americans during the Great Depression, he suffered greatly. His business partner quit his photography business, leaving Masa with debt. Masa had to sell many of his photographic negatives to get by, and he relied on friends and acquaintances for financial support. Then, his companion Horace Kephart died suddenly and Masa fell into a depression. Also, around the same time, his car was stolen. In 1933, Masa died of tuberculosis.

Masa wanted the Carolina Mountain Club to bury him next to Kephart, Martin said. However, this did not happen. Leaving few funds behind, the Carolina Mountain Club instead raised money to bury him in an unmarked grave at Asheville’s Riverside Cemetery. For three decades, the club petitioned the National Park Service to name a mountain peak in honor of Masa. It wasn’t until 1961 that the petitions finally came through – the peak is called Masa Knob and is in the Great Smokies. The Appalachian Trail leads to its summit. Masa Knob is next to a larger peak named after his companion – it’s called Mount Kephart. So, in a way, Masa got his wish to be placed alongside Kephart after all.

We still don’t know much about the life of George Masa. Through Martin’s book, we get a glimpse of his life, his photography and his love for this landscape in Brent Martin’s book. Martin remarked on how influential Masa’s photography could have been. “Masa has often been called the Ansel Adams of the Smokies,” Marin expresses in the book, “but I think it should be the other way around. Adams should be considered the George Masa of the American West.

Ultimately, Martin hopes this book will help to remember the legacy of George Masa, to see his contributions as reaching beyond the bounds of a racist past. “He lived a unique life and a rare life,” Martin said. “I hope it will serve as an inspiration to people.” Brent Martin will hold a book reading Thursday, August 18 at 6 p.m. at the Jackson County Public Library in Sylva.