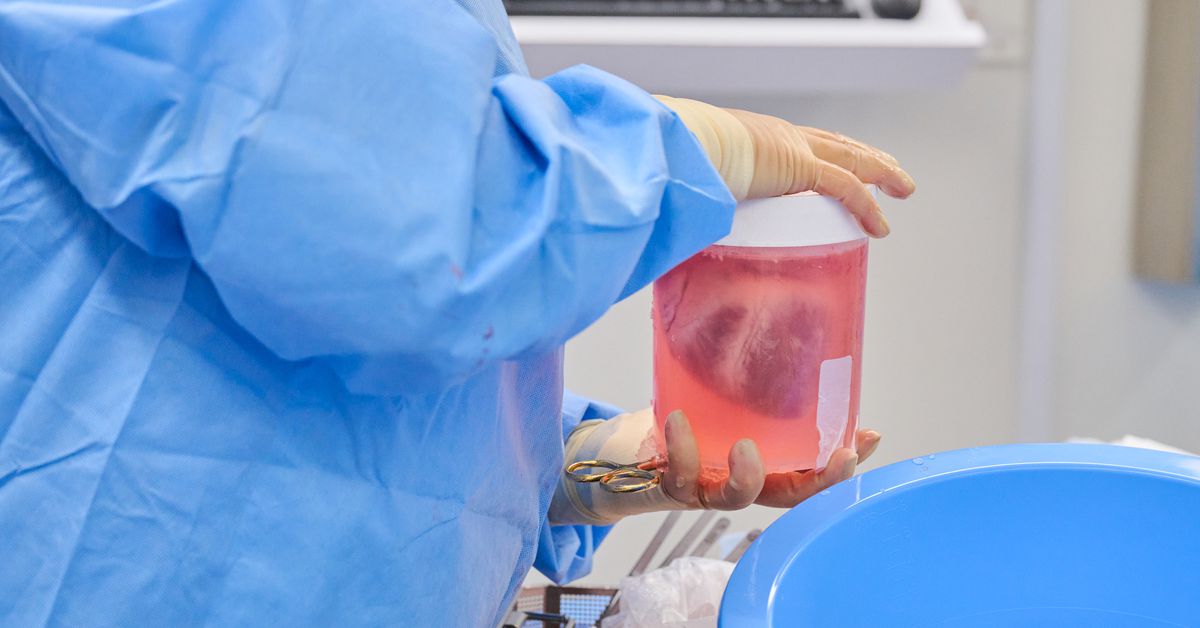 Researchers Successfully Transplanted Genetically Modified Pig Hearts Into Two Recently Deceased People connected to ventilators, the New York University team announced today. The surgeries are the latest step in the field of animal-to-human transplants, or xenotransplantation, which has seen a flurry of success so far this year – raising hopes for a steady new supply of organs to alleviate shortages.

The only thing different about these heart transplants compared to a normal human-to-human heart transplant was the organ itself, the research team said in a statement. “Our goal is to incorporate the practices used in a typical, everyday heart transplant, only with a non-human organ that will function normally without the additional aid of untested devices or drugs,” said Nader Moazami, Director of Transplantation. heart at the NYU Langone Transplant Institute. .

The team performed the transplants on June 16 and July 9, and each recipient was followed for three days. At that time, hearts were functioning normally and there were no signs of rejection from the recipients, who were hooked up to ventilators to keep their bodily processes working semi-regularly, even after death. The two recipients could not be organ donors but were able to participate in whole body donation for this type of research.

Both pig hearts came from the biotechnology company Revivicor, which produces genetically modified pigs (and also funded the research). The pigs had 10 genetic changes – four to block pig genes and prevent rejection and six to add human genes.

A living person successfully received a pig’s heart, also produced by Revivicor, in early January at the University of Maryland Medical Center. David Bennett Sr., who suffered from severe heart disease, initially responded well to the transplant, but died in March of heart failure. The precise cause is still unknown, but an infection with a porcine virus may have contributed to his death. Pig hearts are supposed to be virus-free, but experts say they can be difficult to detect.

The NYU team said they have introduced additional virus screening protocols for their transplants. It has also dedicated an operating room for xenotransplantation – this room will not be used for any other surgery.

Testing transplants on deceased patients is still important even if a pig’s heart has already been transplanted into a living person, Robert Montgomery, director of the NYU Langone Transplant Institute, said during a press briefing. “The focus is really on learning, studying, measuring, and trying to really unravel what’s going on with this amazing new technology,” he said. The team was able to do biopsies every day, for example. The University of Maryland research team was unable to study the transplant in such detail because the recipient was still alive, he said.

Brain-dead patients have also been used at NYU to test kidney xenotransplantation. This fall, NYU announced that it had successfully attached a pig kidney to the leg of a patient on a ventilator. The patient’s body did not reject the organ and he functioned normally for 54 hours of observation.

Research teams are still working on full clinical trials of xenotransplantation in living people. They would need permission from the Food and Drug Administration to do so. The NYU team aims to extend the duration of surveillance of a transplanted heart to gather more information to inform trials, Montgomery said at the press conference. He thinks clinical trials could start by 2025. Revivicor said in April it hoped to start clinical trials within a year or two.

There is still much to learn about xenotransplantation and much to understand about the ethical implications of animal-human procedures. But if they work, they could provide a new option for thousands of people on organ waiting lists.

“I believe xenotransplantation offers the best chance of having a renewable, sustainable source of organs so that no one has to die while waiting for an organ,” Montgomery said.