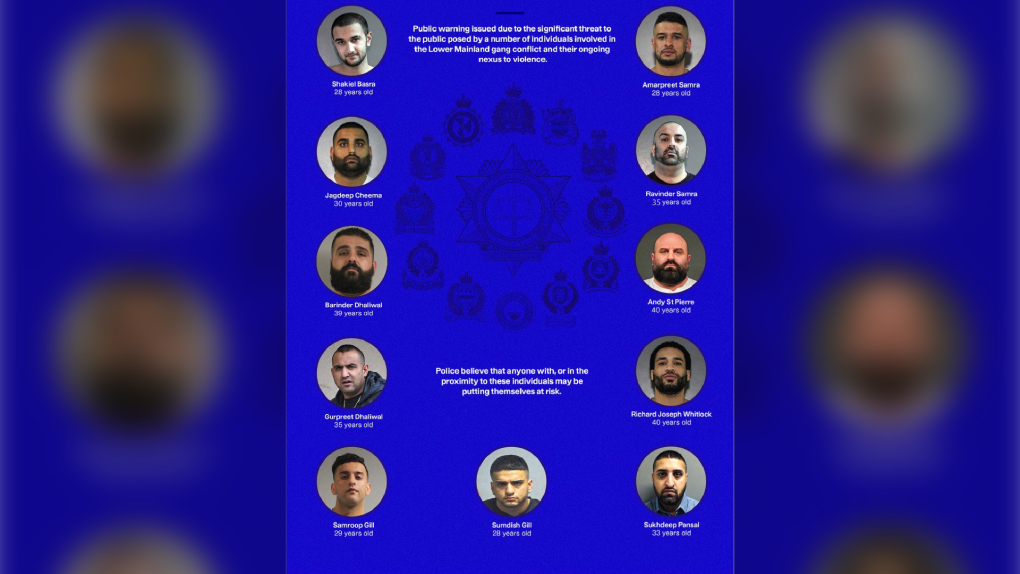 British Columbia Police Services held a joint press conference to identify 11 men they believe are linked to a slew of murders and shootings in the province, warning the public to avoid approaching ‘them.

“It is highly likely that a rival gangster will target them with violence,” said UMECO Asst. Cmdt. Manny Mann, saying the men listed pose a risk to friends and family as well as bystanders.

“We want British Columbians to know their face,” he said.

Mann then promised to seize their property, including vehicles, in order to disrupt their alleged illegal activity.

The Vancouver Police representative has revealed the province’s largest police department is carrying out covert work to try to tackle the problem, insisting it has invested considerable resources to do so and defending its approach discrete to avoid going into details.

“I know it can be frustrating for the public when they hear about incidents of violence in their community and feel unsafe,” Deputy Chief Fiona Wilson said.

She then described several arrests made in coordination with other police services, some of which involved international cooperation.

“We are equally concerned and frustrated to have to come before you again to address a series of recent events related to drug trafficking and gang violence,” said BC RCMP Assistant Commissioner , Will Ng. “I ask for your support and help.”

He said that as gangsters move around the Lower Mainland and other areas, working with various police departments is essential.