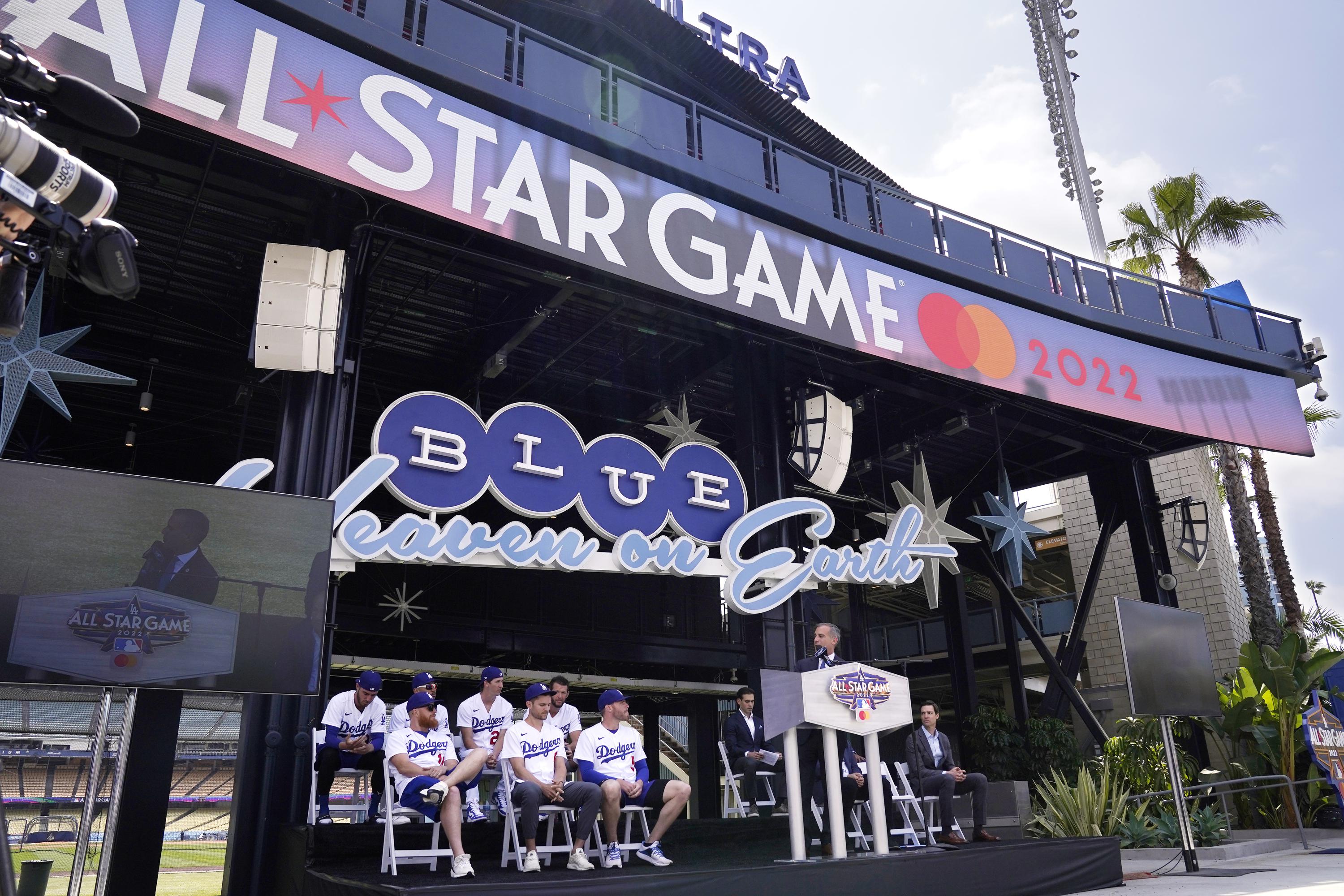 LOS ANGELES (AP) — From the stadium to the sea, the Los Angeles Dodgers unveiled their plans for this summer’s MLB All-Star Game on Tuesday, the first time the franchise has hosted in 42 years.

Dodger Stadium had been scheduled as a 2020 venue before the COVID-19 pandemic shortened the schedule and the game was canceled. Last year’s game was in Denver.

The stadium, LA Live in downtown Los Angeles and the Santa Monica Pier located 18 miles west of Chavez Ravine will be the settings for events starting July 15.

“No city and no city’s fans supported their team like Dodgers fans,” said team president Stan Kasten. “They’re hungry for this game and they’re very excited that we’re finally going to have it.”

The All-Star Game will take place on July 19.

“Hopefully I get there,” said Dodgers ace Clayton Kershaw, an eight-time All-Star. “Every team on the road that comes to play here says what a great place Dodger Stadium is. We’re thrilled to share that.

Capitalizing on the 42 years since their home, the Dodgers will pay tribute to Jackie Robinson, who wore No. 42 when he broke the baseball color barrier with the franchise 75 years ago. His widow, Rachel, celebrates her 100th birthday on the day of the All-Star Game.

“There were a lot of opportunities that came from Jackie and all the other players that came forward,” Dodgers right fielder Mookie Betts said.

The Futures Game and celebrity softball will be played on a Saturday for the first time.

The Home Run Derby is July 18, practice sessions on the same day will take place.

Play Ball Park will be set up at LA Live with baseball and softball, music and a red carpet for All-Star players and their families to strut around before being transported to Dodger Stadium. Some indoor events will take place at the nearby convention center.

From Friday to Sunday, on the Santa Monica Pier and on the nearby beach, fans can attend free events including baseball and softball lessons for young people, a daily yoga class and themed sand sculptures. baseball. Batting and pitching cages will be installed on the pier. MLB will join Heal the Bay in hosting a July 16 beach cleanup.

The Dodgers last hosted the All-Star Game in 1980, when they had four selections: Steve Garvey, Davey Lopes, Bill Russell and Jerry Reuss, who was the winning pitcher. The National League defeated the American League, 4-2. Future Dodgers pitching coach Rick Honeycutt was an AL reliever.

The Dodgers first hosted the game in 1959 when they played at the Los Angeles Memorial Coliseum after moving from Brooklyn to the West Coast. Dodger Stadium, the third oldest of the major tournaments, only opened in 1962.