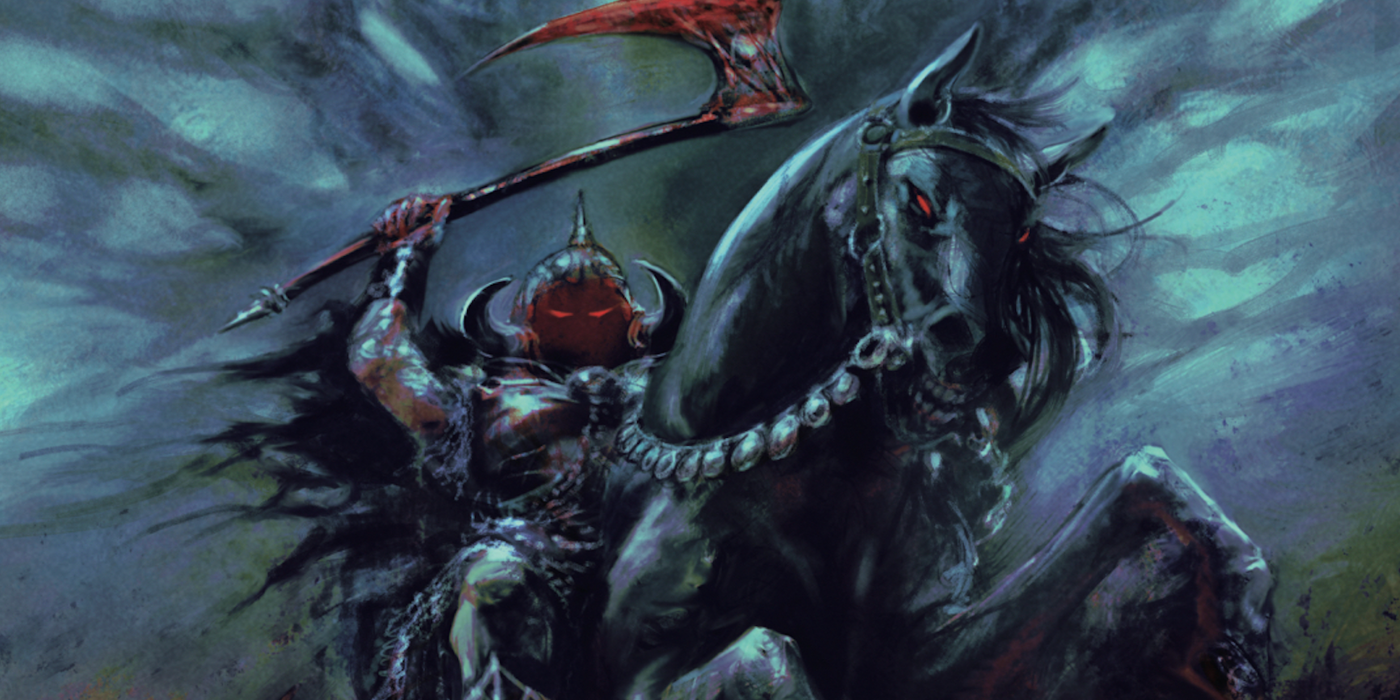 by Frank Frazetta Merchant of Death reached nearly 50,000 copies in sales at Opus Comics. To celebrate, the publisher released 16 retail-exclusive covers produced for the first issue of the series.

The Merchant of Death by Frank Frazetta #1 comes from writer Mitch Iverson (DOTA: Dragon’s Blood, Voltron: Legendary Defender), artist Stefano Martino (stranger things, Doctor Who), colorist Luis Antonio Delgado (Teenage Mutant Ninja Turtles: The Last Ronin) and letter Jacob Bascale (Disturbed: Messiah of Darkness). The series brings to life the haunting, shadowy figure Frazetta portrayed in a 1973 painting and has since become an iconic image of the sword-and-sandals genre. The Merchant of Death by Frank Frazetta is the first of several comic book launches to an entire multiverse based on Frazetta’s work.

Alongside Opus Comics/Incendium is Frazetta Girls, the company founded by Frazetta’s daughter and granddaughter to license the famous artist’s work. “I’m so proud of our team and so grateful to the fans for their overwhelming support of our first issue,” said Frazetta Girls co-founder Sara Frazetta. “This journey has only just begun, and I hope they love the story as much as we do.”

The Merchant of Death by Frank Frazetta Number 1 saw a 50% increase in sales thanks to Diamon’s Final Order Cut-Off (FOC) program. Opus Comics’ next title at FOC is Disturbed: Messiah of Darkness #1 by writer Tim Seeley and artist Angel Hernandez, with an on-sale date of May 18 and an FOC date of April 25.

The Merchant of Death by Frank Frazetta #1 is out May 11 from Opus Comics.

Brandon Schreur is a comics editor for CBR, joining the team in February 2022. Based in Michigan, the man has a passion for just about anything pop culture. Comic books? Love them. Movies? Seen way too many. TV shows? Can watch just about anything in a crazy time. Learn to write about all these interests for RBC? He is living the dream. You can follow him on Twitter at @brandonschreur.