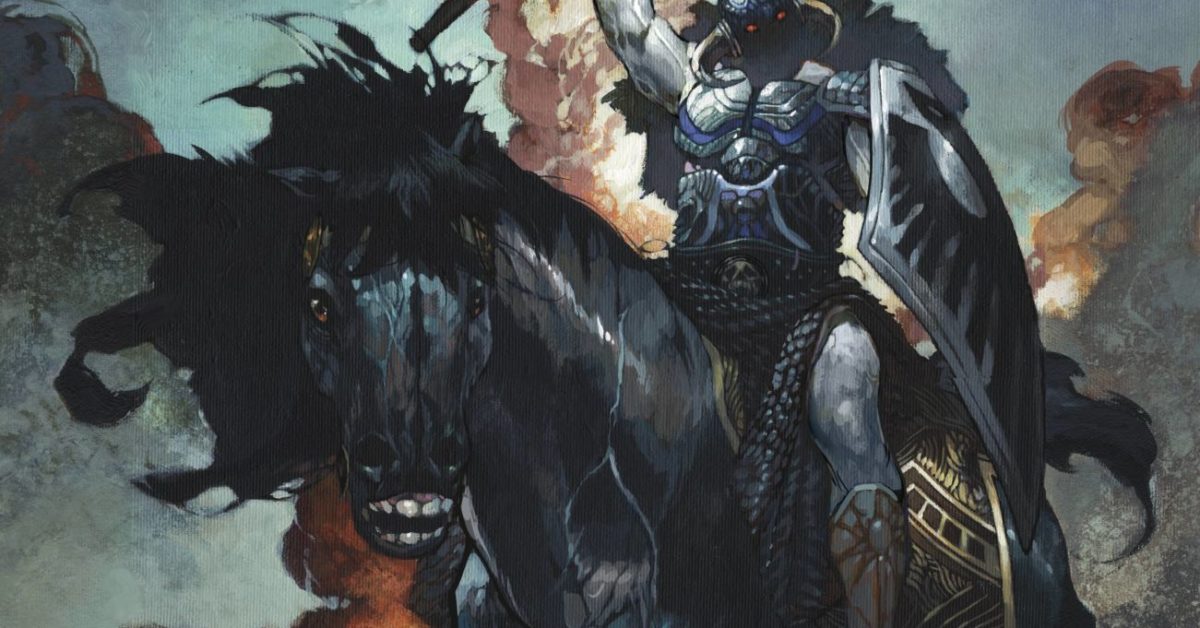 The new publisher set up by former employees of Heavy Metal and IDW as part of production company Incendium, Opus Comics, has announced that out of the gate, they will be part of Diamond Comic Distributors’ Final Order Cut-Off (FOC) program, with their very first title Frank Frazetta’s Death Dealer #1, on the 4th of May with an FOC Date of Monday, the 11th of April. It will also be accompanied in that by Disturbed: Dark Messiah #1 in that, with an FOC date of the 25th of April and an on-sale date of the 18th of May.

And they have hit the block running with Frank Frazetta’s Death Dealer #1 with over 30,000 – 10,000 of those orders made up of retailer exclusive covers.

DISTURBED DARK MESSIAH #1 (OF 5) CVR D 20 COPY INCV MCFARLAN
OPUS COMICS
MAR221761
(W) Tim Seeley (A) Angel Hernandez (CA) Todd McFarlane, Greg Capullo
In the not so distant future, firefighter Griffin DeSanto has found himself a man out of time – stumbling into a harsh world of poverty, automation, and subjugation. Technology rules and a tech empire built on suffering keeps the population in check through surveillance and mechanized policing. Though lost, Griffin is never alone, he was brought here for a reason, and The Vengeful One is his guide.
Designed by Disturbed with Tim Seeley and Llexi Leon, Dark Messiah features writing by Seeley, the New York Times Bestselling creator of Hack/Slash, interior art by Angel Hernandez (Star Trek, Blade Runner), colors by Fran Gamboa, and covers by Ryan Christensen.In Shops: May 18, 2022 SRP: $4.99