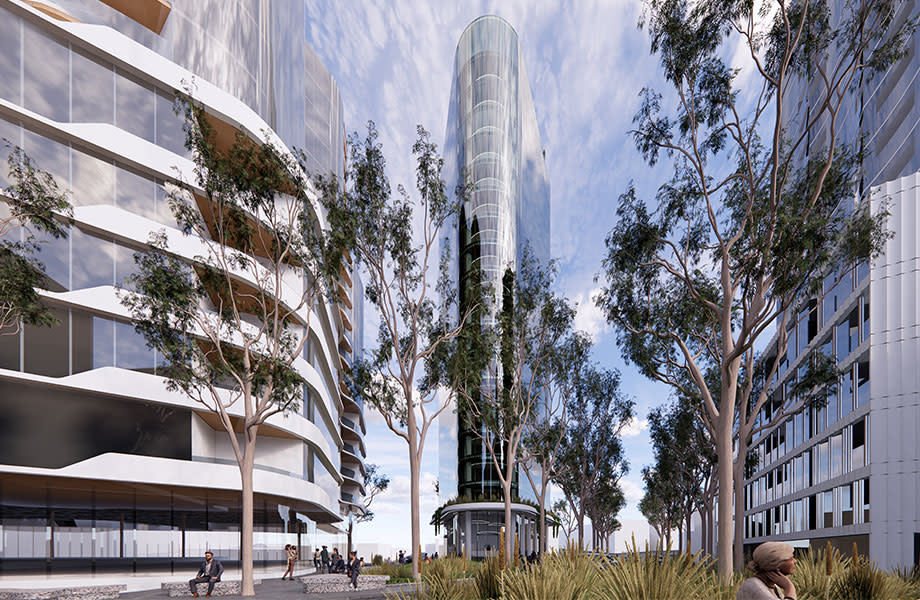 Among his current projects is a nine-level, $38 million office at 67-69 Palmerston Crescent, a site he acquired in January for $8.55 million.

Fortis is also constructing a six-story office building at 18-22 Thomson Street, with an expected final value of $27.5 million.

The Fortis Kings Way and Eastern Road sites are also a short distance from the future Anzac Tube station, the shopping districts of Coventry Street and Clarendon Street and the South Melbourne Market.

The expected final value of Fortis projects in Melbourne currently under construction or as part of a planning proposal exceeded $1 billion, with an additional $1.25 billion works pipeline in Sydney.

The developer will be banking on post-pandemic office space utilization after Melbourne became the only CBD in the country to see negative net demand in the past six months.

The office vacancy rate in the CBD has reached 10.4%, while the outlying CBD markets of St Kilda Road and Southbank, in a similar position, are now at 16.3% and 15.2% respectively .

Melbourne CBD, 2km south of Melbourne, has the highest number of new supplies coming to market over the next six months.

In the outlying suburb of Cremorne, Fortis also intends to undertake a $40 million new build on a merged site, 65-81 Dover Street, and deliver a retail development with an eventual value of around 130 millions of dollars.

Last November, Fortis paid $19 million for a 1,300m² corner site at 8 Brighton Street in neighboring Richmond, with plans for a 10-storey mixed-use project.