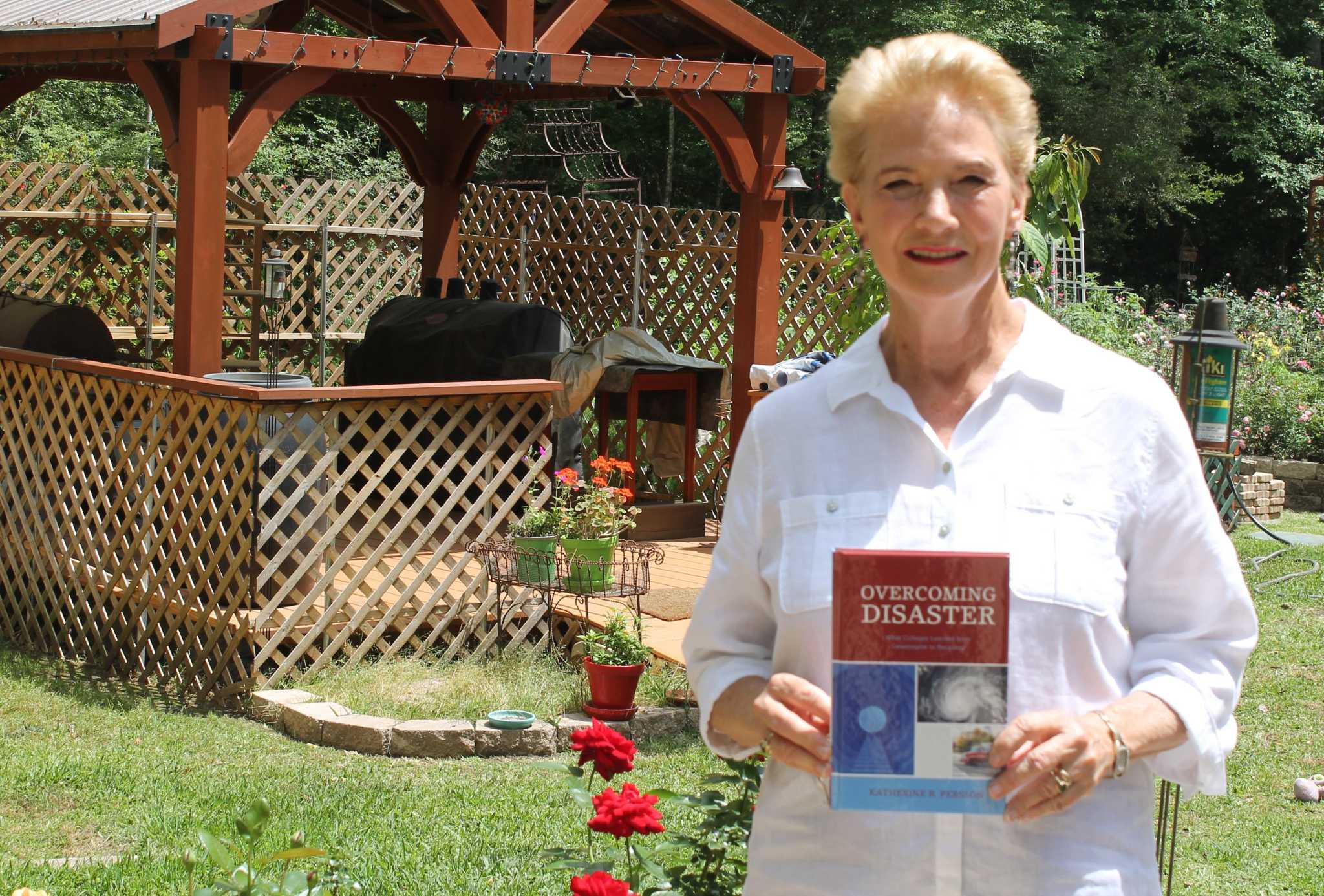 Katherine Persson never imagined that after retiring as president of Lone Star College-Kingwood, she would launch a second career as a published author.

But that’s exactly what happened.

Persson will discuss his work and sign copies of his recently published debut book, Recovering from Disaster: What Colleges Learned from Disaster to Recoveryat a special Lone Star Foundation event at the LSC-Kingwood Student Conference Center on Friday, April 29 at 3 p.m.

All proceeds from the sale of the book benefit the Lone Star College Foundation, whose mission is to change lives through scholarship and quality educational programs.

Persson, who retired from her post at the college in September 2020, said she felt compelled to write the book to chronicle the experience of the school’s recovery from Hurricane Harvey, a Category 4 storm. which hit the Gulf Coast of Texas in August 2017.

“I wanted to write the book that I wish I had been there when we went through our experience,” she said.

Encouraged to expand the book beyond the scope of Harvey’s Lone Star College recovery, Persson contacted two other college administrators whose schools had also suffered and recovered from a traumatic experience.

On HoustonChronicle.com: Huddle House will reopen in Huffman under new management, owners

dr. Rita Cavin was acting president of Umpqua Community College in Roseburg, Oregon in 2015 when an active shooter killed eight students and a faculty member before killing herself. As President of Gulf Coast State College in Panama City, Florida, Dr. John R. Holdnak guided that school through its recovery from Hurricane Michael, which hit the Florida Panhandle on October 10, 2018 as a strongest hurricane on record. region.

The two university leaders agreed to share their disaster recovery stories with Persson for inclusion in his book.

The book not only discusses the disasters that struck the three schools, but also tells the stories of human and institutional resilience as the schools and surrounding communities recovered from their respective disasters.

Persson recalls that Lone Star’s Kingwood campus suffered the loss of 80% of its building, which was devastated by floodwaters and polluted by sewage from a sewage treatment plant in the nearby town of Houston which overflowed during the flood. “We lost 113 classrooms overnight, so trying to find somewhere to operate when an entire community was inundated and devastated was a challenge,” she said.

“We had partners in the community who gave us their spaces in businesses and churches,” she said. Even with all the space offered, the college still did not have enough space to deliver the classes it needed to organize, forcing the school to quickly adapt to an online mode of learning.

On HoustonChronicle.com: The Sola Gratia choir dedicates a concert to a charity in the region

“Then it was about training all teachers to teach online,” Persson said. “That in itself was a whirlwind process that took just over three weeks.”

While Gulf Coast State College in Florida was also hit by a devastating hurricane, it faced somewhat different challenges in its recovery than the Kingwood Lone Star campus, Person said.

“They still had buildings standing, unlike us. Our buildings were totally polluted; we had to empty them completely,” she said. “But they had no telephone poles, no internet, no infrastructure and they also had to be up and running within 27 days for veterans or their veterans would lose their benefits.”

For his contribution to the book, Dr. Cavin shared the harrowing story of how a mass shooting at his school impacted the college and surrounding community and the story of the healing process that followed. Her story was so compelling that Persson felt the need to share it with a wider audience, “because it could happen to any of us.”

The process of writing about these traumatic events has often proven difficult for the beginning author.

“I found myself writing, telling our stories about these heartbreaking things and – some still suffocating me. I just have to walk away and leave my writing and go out and regroup emotionally, or go for a walk before I can get back to it.

On HoustonChronicle.com: The Sola Gratia choir dedicates a concert to a charity in the region

Persson said she hopes readers of her book take away the message that the impacts of a disaster on a school or community will last much longer than the initial cleanup period. “A lot of people who hadn’t been through a Harvey or that kind of disaster say less than a month later, ‘Well, are you still healed? Why are you still talking about it?” she said.

“And they just don’t understand that it took a year and a half of process to become a whole, not only in terms of buildings, but also in terms of treating PTSD for an entire community, including employees and students of the colleges. You must recognize and honor this.

Persson said that if she wrote another book, it would likely be a work of fiction and, unlike her first literary work, something fun to write.

“It would be very different, because it was so hard to do,” Persson said. “It was a difficult story to tell on the one hand, but there is also a lot of triumph, because these three institutions have returned.”

The college event will begin with a discussion moderated by Lone Star College Fund Board Member Nancy Shortsleeve, followed by a book signing. Those interested can pre-order Recovering from Disaster: What Colleges Learned from Disaster to Recovery on Amazon.Com.