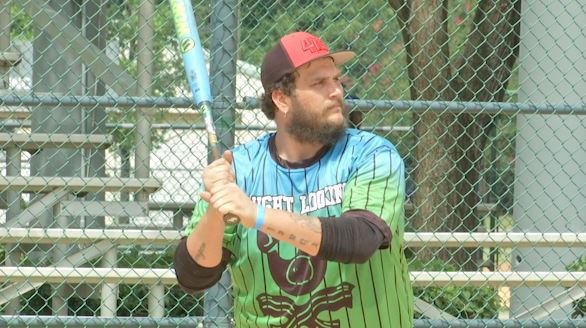 “We’re here to win, but the main thing is to listen to anyone who might need to talk,” said Michael Kirby, coach of the Warrior’s Whisper team.

Kirby said the team, which is made up of veterans, was formed to compete in the latest iteration of the tournament and that mental health awareness is close to his heart.

“Everyone hears the battle cry of warriors when we go to war, but nobody hears warriors whispering to each other when they go home,” he said. “We have lost so many. I have lost several people from my unit to suicide since our return from Iraq.

Warrior’s Whisper was one of nine teams participating in the non-profit Beacon of Light Institute for Veterans event.

“It’s important to take care of yourself mentally because if you don’t, it can lead to any kind of reaction,” said Dr. Yolonda Holmes-Echols, Founder and President of Beacon of Light. “Let’s take care of your sanity, then everything else will fall into place.”

Holmes-Echols said the organization aims to connect veterans to resources such as housing and counseling, a cause many competitors identify with.

“If I can just change a person’s mindset, let them know they’re not alone, it was a successful tournament,” Kirby said.