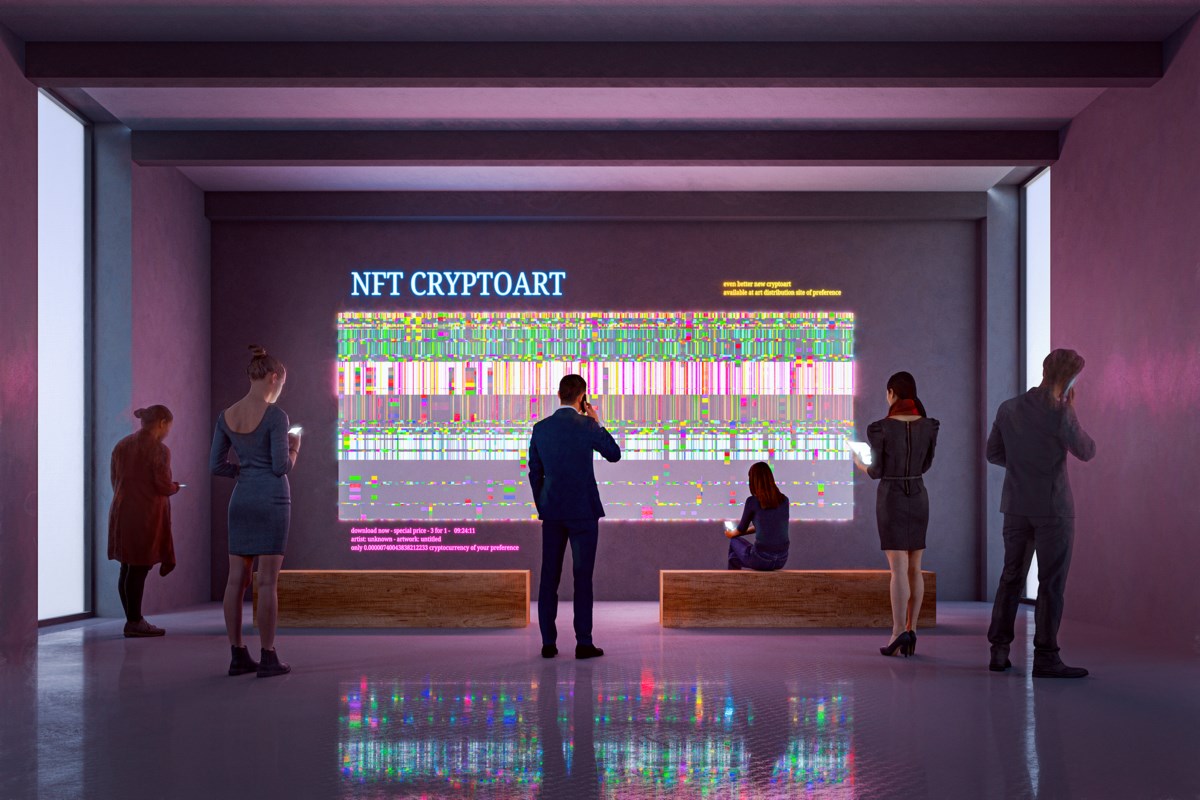 There will be panel discussions with top NFT artists, a networking night, and a local digital art exhibit.

No matter who or where you are in Vancouver, the term “NFT” has most likely come up in conversation.

NFT rallies and parties are scattered all over town, but what about a massive convention-style event?

Vancouver’s first large-scale NFT event will take place on May 1 and will bring Vancouver’s growing NFT community together under one roof.

The NFT BC Panel and Party is taking place at the Hollywood Theater with a capacity of approximately 574 people and organizer Jonathan Simkin, president of 604 Records and founder of Simkin Artist Management, predicts it will sell out quickly. “We are well over 300 [tickets] sold over a guest list of over 100 [people] That much. So based on my experience with events, it will sell out,” Simkin says.

The evening begins with “Three or four panels with some of the best editing artists and other people from the space,” he explains. The roundtables will feature artists represented by Simkin Artist Management and will conclude with an exhibition of local artwork, networking and music.

Some NFT artists at the event include Mad Dog Jones, FVCKRENDER, and Carmilla Sumantry.

“The idea was to bring the community together,” says Simkin. “We could tell there were a lot of people doing things in this community, but it felt very disconnected and disjointed.” He hopes an event like this will invigorate the NFT scene and keep it vibrant in the city.

The idea for a large-scale event began when Simkin attended a client’s “very informal” NFT party. “I was shocked by the number of people present,” he says. “It completely blew my mind. It’s sort of the genesis of the [NFT BC event]. [We realized] there are a lot of people interested in this space in Vancouver. »

There could be a possibility of another NFT event in the future, although Simkin is just happy there is interest. “If it turns into a regular occurrence, great! If it doesn’t, great!”