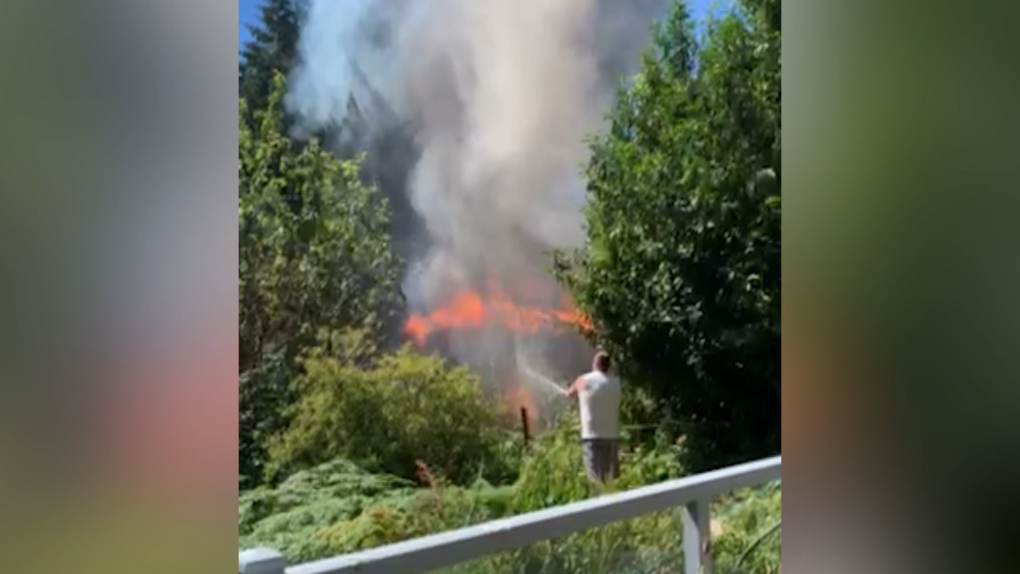 Smoke from a fire that engulfed a home in West Vancouver could be seen for miles on Sunday afternoon as crews closed a major road to fight the blaze.

According to a tweet from West Vancouver Fire & Rescue, the structure fire started around 3 p.m. on Marine Drive near 30th Street.

A video submitted by a neighbor to CTV News shows a house completely engulfed in flames. According to Cate Brown, who lives next door, no one was home when the fire broke out, but ambulances were on the scene to help firefighters who were working in extremely hot weather.

Brown also told CTV News that a passing Good Samaritan jumped out of his car and picked up a garden hose, helping to keep the flames from spreading to an adjacent property until crews arrived.

“The fire absolutely would have spread to our property if not for him and his quick actions,” Cate Brown wrote in an email, adding his name is Ryan Hunter and he is a veteran wildfire fighter.

“He was amazing and I’m so grateful to him for that.”

A still from a video submitted by Cate Brown shows a good Samaritan picking up a garden hose in an attempt to contain a fire in West Vancouver.

CTV News has contacted firefighters for more details. This story will be updated when a response is received.