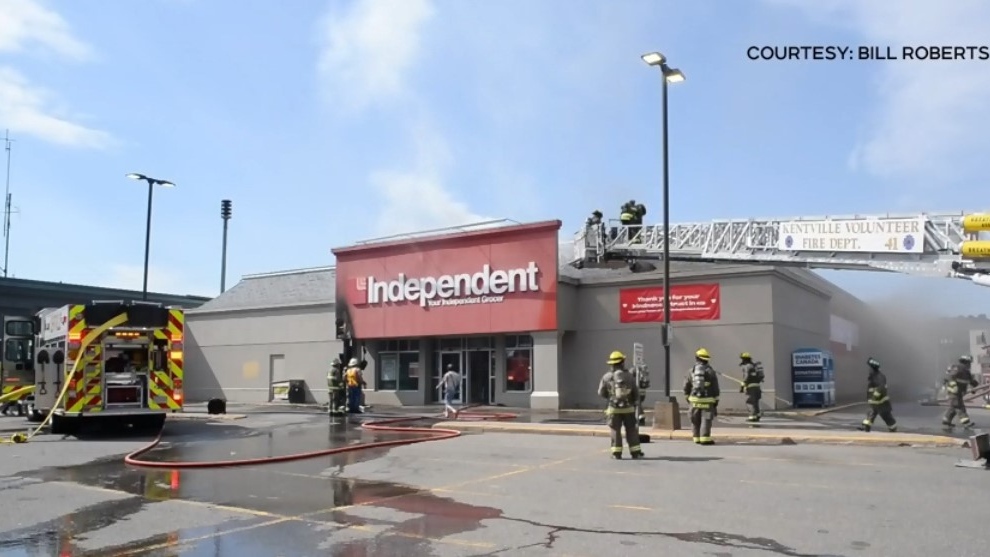 A fire at a grocery store in Kentville, Nova Scotia caused extensive damage to the storefront and sent two people to hospital.

Kentville Fire, along with several other local fire departments, responded to the fire at the Your Independent grocery store structure on Main Street around 4 p.m. Friday.

Firefighters said the store suffered damage to the front of the building and the roof, as well as extensive smoke damage inside.

Deputy Chief Ian Fairclough of Kentville Fire said nine firefighters were treated at the scene for heat exhaustion and two more people were sent to hospital.

The cause of the fire remains under investigation.