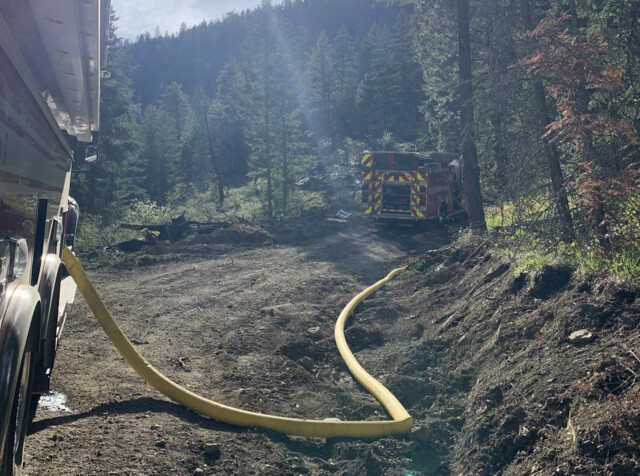 West Kelowna Fire Rescue says they were called to the fire just after 3 p.m. in the Petterson Road area north of Rose Valley Reservoir.

Upon arrival, firefighters found a wind driven rank 2 (low intensity surface fire) fire burning uphill from Crown land and away from structures. Crews maneuvered a 2,500 gallon water pump into place along an adjacent dirt road and quickly extinguished the fire.

A handguard was then dug around the 50 x 30 foot fire perimeter. The teams will remain on site to complete the cleanup in the evening.

The BC Wildfire Service supported the fight with an initial attack team from Penticton. WKFR says they responded with three motors, the water supply and a control unit.

“Conditions are unusually dry for this time of year,” Deputy Fire Chief Brent Watson said. “WKFR reminds residents to exercise extreme caution in forests and along the urban wilderness interface, even at this early stage of the fire season.”

WKFR has not commented on the possible cause of the fire.