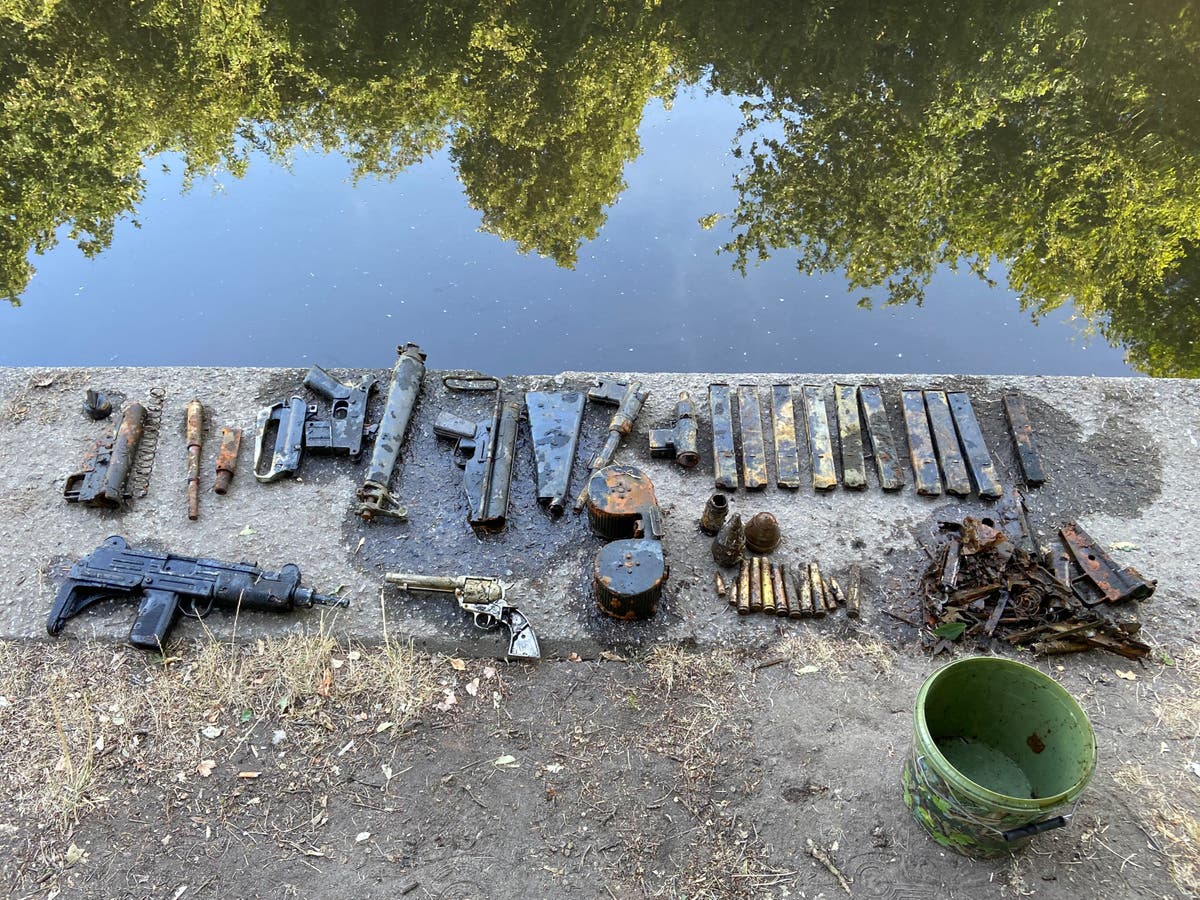 A family’s summer day by a river in south London took a grim turn when they recovered an Uzi submachine gun and up to 10 other firearms that had been dumped in the water .

The shocking discovery was made on Saturday when Ryan Ball, 32, took his three children – 11, five and one – to River Pool in Linear Park, between Catford and Sydenham.

His son’s friend, James White, came across a metal object at the bottom of the river while bathing to cool off. When it was removed, they realized it was a magazine that would have contained bullets.

This discovery triggered a further search which resulted in the discovery of a cache containing up to 11 firearms, including the Uzi and a revolver.

There were also other weapons that had been dismantled before being thrown into the water, as well as items that were described as potential “explosives”.

At least 10 magazines and a number of individual bullets were also recovered from the water.

Mr Ball said: ‘We were at the river view walk where we regularly go with our children, and my sons were playing with a 15-year-old boy, James, when he slipped on what appeared to be a magazine of a firearm.

“He then started searching through the water and then one by one he started pulling out everything you can see in the pictures.

“I then contacted the police, who came to collect the weapons and are going to sweep the river again.”

Speaking to MyLondon, James said he ‘wished it was a bad dream’, adding that he feared upon finding a ‘cone-shaped’ metal object that ‘it might be an explosive’.

After the weapons and ammunition were discovered, the police were called to the scene in the early evening.

A Metropolitan Police spokesperson said: ‘Police were called to Winsford Road, SE6, at 4.49pm on Saturday August 6 to a report of firearms found in a river. The officers were present.

“A gun and ammunition have been recovered and removed from the scene.”