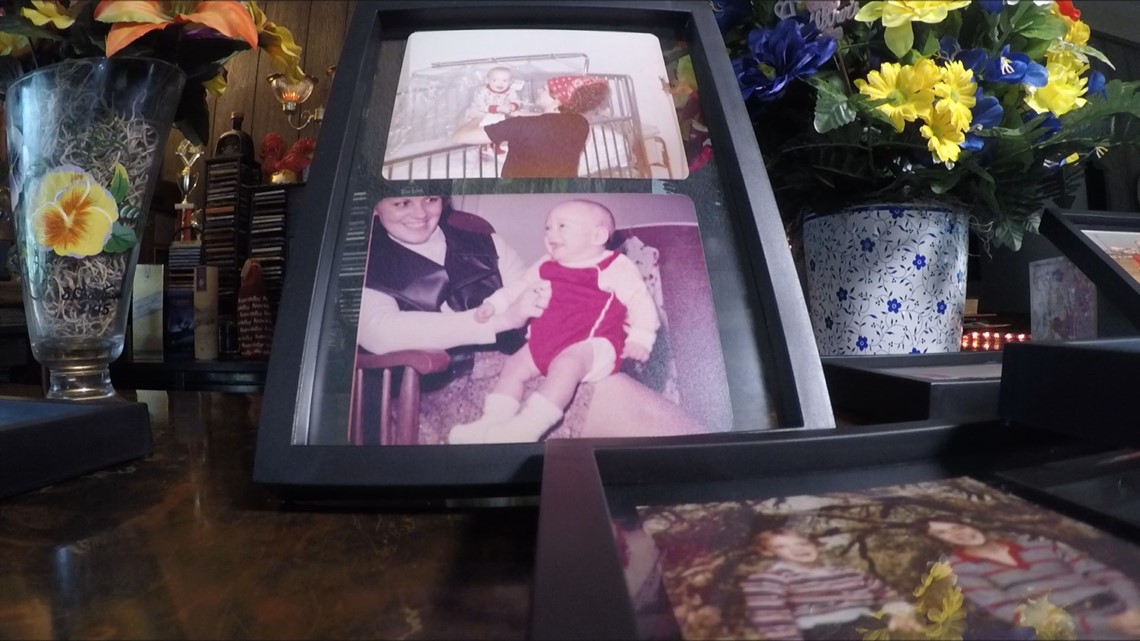 To thank the community for its support, they invite the public to attend his funeral and have a meal after the service.

WARNER ROBINS, Ga. — The funeral of last week’s hit and run victim Warner Robins is approaching and the family is doing something special to honor him.

A week ago, a driver hit and killed Christopher Miolen as he crossed Watson Boulevard.

Since then, his family has been mourning his loss and holding a public funeral service to be held at the McCullough Funeral Home at Warner Robins.

“I felt like I had to go home and tell my mom face to face,” Keith said.

“It’s been a tough week. Schizophrenia hit him at a young age, and it was tough on Chris, tough on the family. We started to see a side that none of us expected,” he said. Keith said. “That’s one of the reasons we’re so sympathetic to others and people in the community. Everyone knows someone or comes across someone on the road who has a mental illness or is homeless. We want to try to make that the central point of this situation and not the negative.”

Keith also said that Chris had been homeless for most of his life.

“I’m sure the community has passed Chris many times over the years, pushing a buggy down the road,” Keith said.

He said the family stayed in touch with him over the years and tried to help him.

“Put him in a hotel and anything to get him off the streets, feed him. Chris would always come back,” Keith said. “He was happy to do that, and whatever we gave him, he gave. He wasn’t a materialistic person and we just thought it would be the last opportunity for Chris to give back as well.”

To thank the community for its support, they invite the public to attend his funeral and have a meal after the service.

“We decided to find some of his friends and let them carry the casket, and it kind of evolved from that,” Keith said.

Keith says Chris’ journey has been “difficult to understand”, but his family has always loved him.

“We’ve been worried about Chris for years, being homeless, just like other families worry about their family members. He comes from a healthy family, that’s why the community is involved,” said Keith. “We know other families are in the same situation, so others can see it, mental illness affects everyone, even if you come from a good home.”

Police have warrants for the arrest of Tyrus Davis of Forest Park, who they believe punched him.

He faces charges of vehicular homicide, fleeing the scene of an accident, hit and run and failing to report an accident.

“We don’t have hard feelings. We’ve worried about Chris for years being homeless, just like other families worry about their family members who are homeless. Over time, something is going to happen to all of us feelings,” Keith said. “It bothers me and others in the community that they didn’t stop. I’ll say the driver had the green light. We are a righteous and righteous family, a God-fearing family. Chris was not crossing at a crosswalk. It was black. We understand the situation, but they haven’t stopped. That’s all they had to do was just stop.

Keith says “patience and understanding” is his advice to others going through similar situations.

“I moved my brother to New York to try to get him off the streets. He’s lived with me many times, but he’s lived in community houses, and we’ve put him up in hotels and things like that, and I lost my patience. We were mad at each other and that kind of stuff, but that’s a situation that happens in every family,” Keith said. “It’s normal. But it’s hard to understand how someone can be happy and homeless if it doesn’t apply to you and it’s not our way of life, but it’s there. S “there was a message to send to people in this kind of situation, it would be patient and understanding. It’s hard to understand when someone thinks like that. You want to take care of them, and you want to do what ‘there’s the best for them, but at the same time, you want him to be happy; and that was a tough pill to swallow, especially for those who loved him.”

Keith says if you can’t make it to his funeral on Saturday morning at 11 a.m., he’s asking you to donate to the Salvation Army or help the next homeless person you come across in honor of Chris.