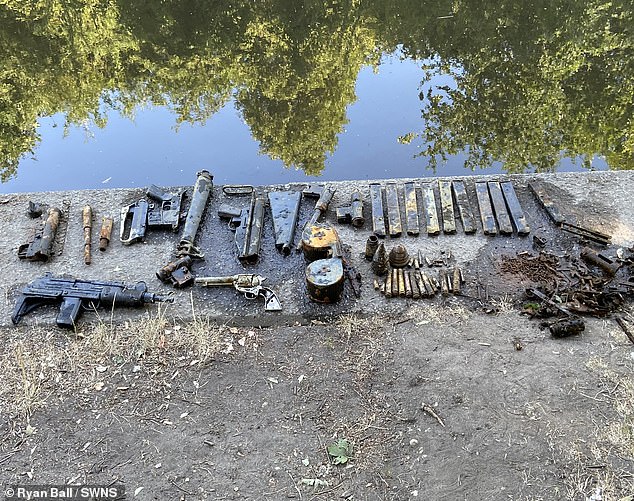 By Eleanor Dye for Mailonline

A family was shocked when their afternoon paddling in a London river led them to find a huge cache of dumped guns in the water.

James White, 15, had been out fishing for the day with family friends on the river walk in Catford yesterday when they decided to go for a swim due to the hot weather.

James slipped on something in the water, which turned out to be a gun magazine.

He told MyLondon he wished it was “a bad dream”, but then found a cone shape in the water and feared it was an explosive.

They began searching through the water, finding around 11 firearms – including a revolver and an Uzi submachine gun – along with bullet magazines and ammunition. 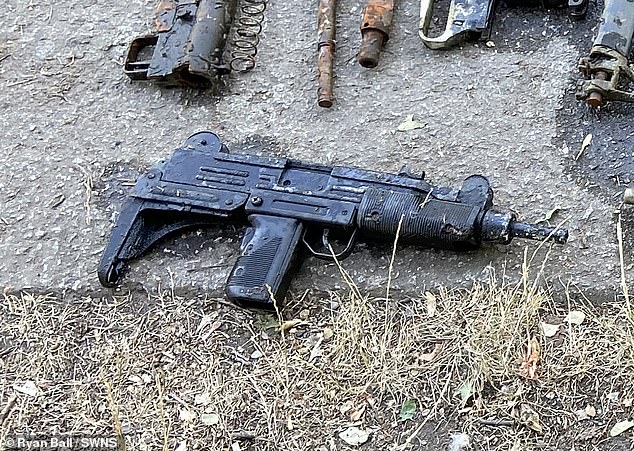 James White, 15, who found the guns on a fishing trip with family friends, said he wished it had been a ‘bad dream’ and feared he had found explosives

Ryan Ball, 32, said: ‘We were at the river view walk where we go regularly with our children, and my sons were playing with a 15-year-old boy, James, when he slipped on what looked like be a magazine of a gun.

“He then started searching through the water and then one by one he started pulling out everything you can see in the pictures.”

“I then contacted the police, who came to collect the weapons and are going to sweep the river again.”

The River View Walk is a riverside park with a popular cycle and walking route linking Catford and Beckenham in south east London. 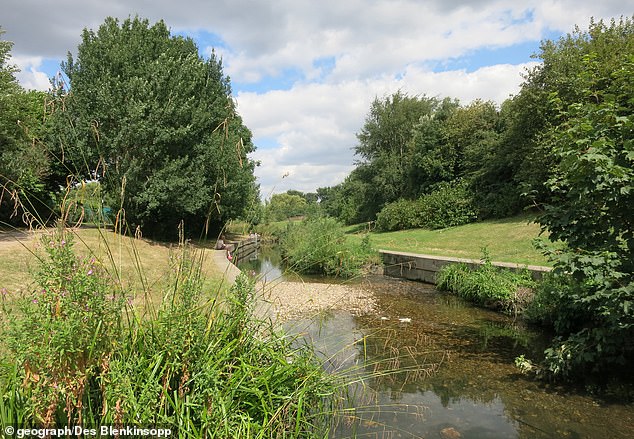 Police were called to the river at 4.40pm yesterday to report guns in the river.

Emelie Wight, James’s sister, posted on Facebook: “Be careful letting your children play in the River View behind Sainsbury’s in Catford.

“My brother was there with a friend and his child and my brother came across something and pulled out a gun and found many more. 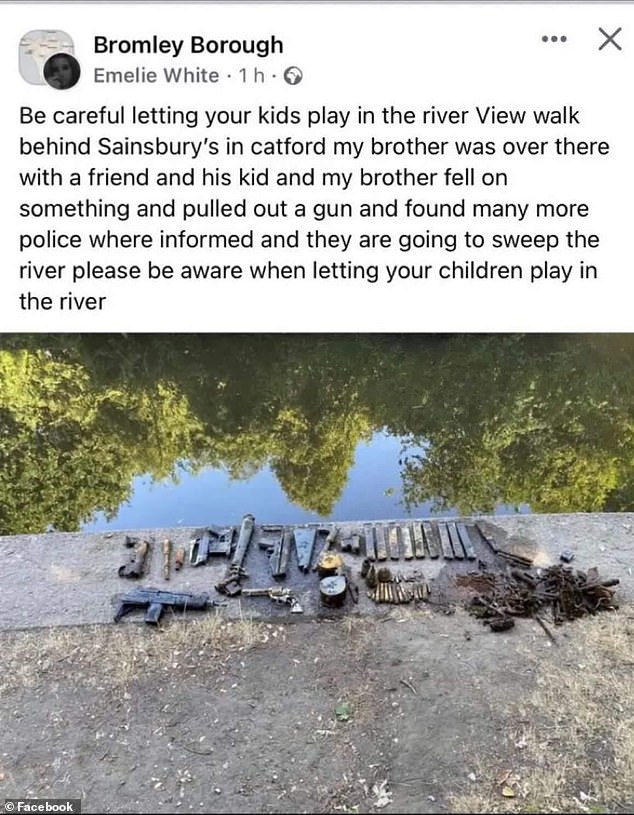 “The police have been informed and they will sweep the river.

“Please be careful when letting your children play in the river.”

Metropolitan Police spokesman Callum Jones said: ‘Police were called to Winsford Road, SE6, at 4.40pm on Saturday August 6 to a report of firearms found in a river. The officers were present.

“A gun and ammunition have been recovered and removed from the scene.”