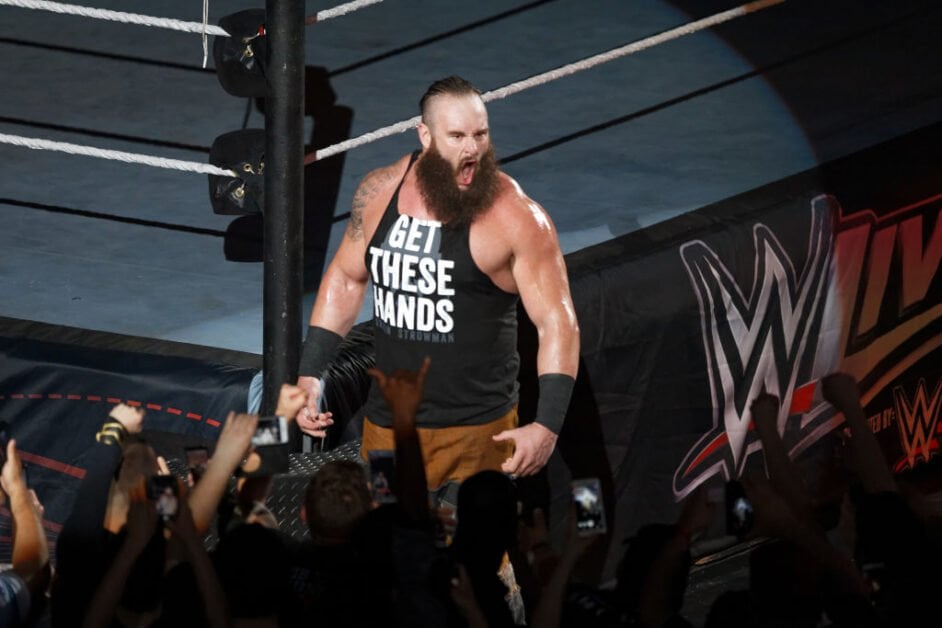 Strowman was renowned during his time with the company as being one of the strongest wrestlers on the main roster. Standing at 6-foot-8 and having a billed weight of 385 pounds, Strowman would come out on top against any opponent.

His rapid rise to the top showed the esteem in which WWE held him. Just months after debuting, Strowman entered the 2016 Royal Rumble and achieved the most single-match eliminations in Rumble history.

Other feats of strength included destroying three local competitors in a handicap match before competing again in the Royal Rumble in 2017 and eliminating renowned strongmen Mark Henry and Big Show. In 2019, he faced Tyson Fury at the Super ShowDown event in Saudi Arabia.

At WrestleMania 36, ​​Strowman defeated Goldberg to win the first Universal Championship of his career.

However, just over a year later, he was surprisingly released by WWE.

Since leaving, Strowman has founded his own wrestling promotion alongside former WWE competitor EC3. It’s called “Control Your Narrative”.

Along with that, the 38-year-old has been working on his fitness. As a wrestler, it is imperative that you stay physically fit. But it’s also essential to keep finding ways to improve so that you can continue to perform at optimal levels. Strowman did just that.

Speaking to Men’s Health, Strowman revealed how he changed his diet, which previously consisted of 15,000 to 20,000 calories a day, and switched to a new workout.

He explained, “The biggest thing on the road, whether full-time on the schedule with WWE or increasingly busy with Control Your Narrative, is the workouts at hotel gyms. .

“Usually there’s a treadmill, maybe a bench and some dumbbells up to 50 pounds. So I just do a full body workout. Just blow it.

“I just keep going, just to do it literally in 40 minutes. Sweat it up, pump the muscles full of blood, prime the cells for the glycogen to come back, then get out there and do the thing.

Strowman also revealed that he uses techniques learned during his strongman days to help him stay in shape. The results are certainly there.

Strowman is technically a reigning WWE champion, having won the “Greatest Royal Rumble” event in 2018. The event has not been staged since. But with his WWE days behind him – at least for now – he has found other areas to occupy his time.