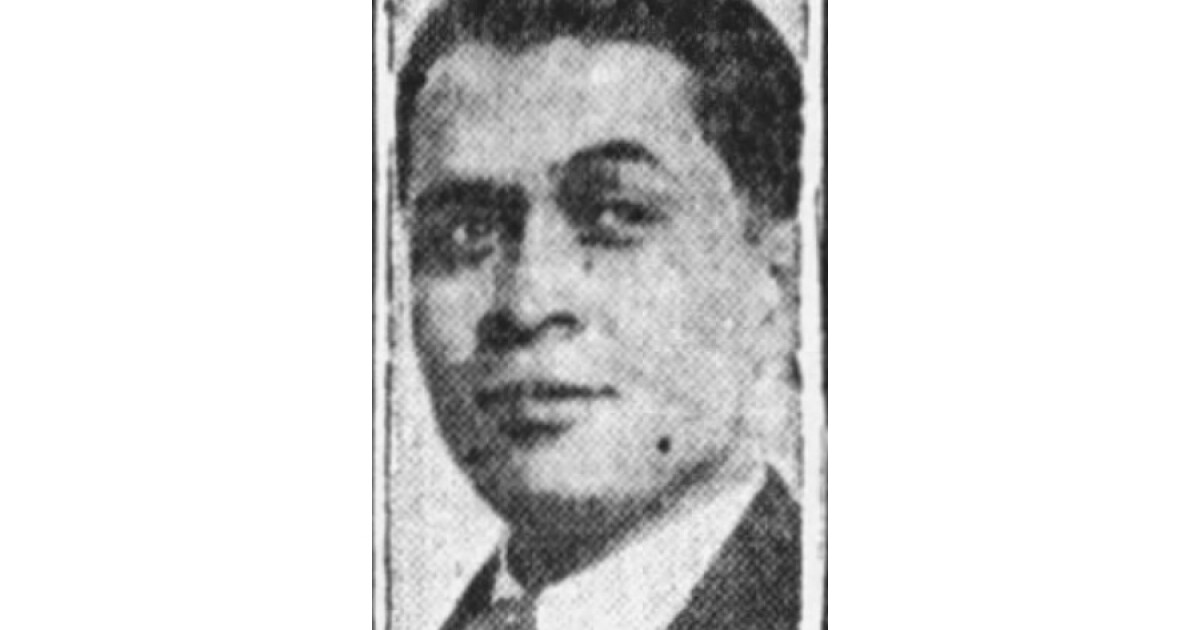 Hello and welcome to Essential California newsletter. It is Friday April 22. I am Gustavo Arellanoand I write from Orange County.

As of Fall 2020, Director of the LA Times Editorial Library Cary Schneider and I thought about an unexpected question: who was alex perez?

We had received a request about him from a woman who said she was the wife of Perez’s grandson and wanted more information about Perez, who “I was told was the first hired Mexican cartoonist/illustrator at the LA Times.”

Slim. And here I thought it was the Pulitzer Prize nominee designer Lalo Alcarazauthor of the comic strip “La Cucaracha” which we direct.

Schneider is the LA Times’ story keeper, and I’m slowly building a history of the Latinos at the paper who predate the late martyr Rubén Salazar. But none of us had heard of Perez. A quick search of our internal digital archives proved that Perez had a long career at the Times – but what was his story?

Born alexander reyes in Torreon, Mexico, he never knew his year of birth: both his parents died of tuberculosis when he was a child. A childless couple named Perez adopted him in Notand he joined them when the family moved to Los Angeles in the 1920s, part of the great migration tradition between that border town and Southern California.

They settled in Lincoln Heights, and Alex attended Lincoln High School. It was there that he caught the attention of the editors of The Times after winning several drawing competitions with their Junior times supplement for children.

The first cartoon of Perez that I could find in the Times was from April 5, 1925. Perez was staying with us for 50 years.

He moonlighted as a reporter on Latin American affairs, and there are dispatches in the 1950s that suggested Perez translated for English-speaking journalists, which his son said was true. But Perez became famous largely for his lighthearted illustrations. He jumped between creating art for stories in the Sunday Los Angeles Times Magazine and doing celebrity caricatures and one-panel comic strips for various sections of the newspaper, eventually settling Sports.

Perez’s style was classic art Deco – clean and vibrant lines to the Al Hirschfeldwith an eye on the good life – and was popular enough that he helped at Walter Foster popular line of practical art books and has even caught the attention of Walt Disney, who, according to Charles, tried to poach his father from the Times.

“But you had to buy company stock to join Disney, and my dad refused,” the retired LA County civil engineer said from his home in Hawaii. “Dad said, ‘I have a good job at the Times, they pay me well. “”

With the cash that would have gotten him to Disney, Perez instead bought a house in Bandinia city that is now part of the City of Commerce. He became a community leader, helping to start scout chapters and youth baseball leagues and even convincing the Archdiocese of Los Angeles to build St. Marcellinus Catholic Church in 1957.

Perez mentored young Latino artists and eventually became Trade Planning Commissioner and served one term as a board member from 1968 to 1972 while continuing to work for the Times, a move that would not be tolerated today. today by the bosses. (Sorry, Steve Lopez: You can’t run for LA County Sheriff This year.)

“Dad never bragged about what he did,” Charles said. “He never whistled. He just did his job.

Perez finally left The Times in 1975 because Parkinson’s disease was affecting his ability to draw. “They gave him a good buyout, because they knew he was a hell of an employee,” his son said. “He went the extra yard – no, the extra mile – to do what needed to be done.”

When asked how he wanted people to remember his father, Charles thought a bit. “Nowadays, with the bad publicity that Latinos are getting because of this president [Donald Trump], Dad embodied the spirit of ‘Don’t give up,’” he said. “Keep doing what you do best and don’t give up. And he never gave up. »

Note: Some of the sites we link to may limit the number of stories you can access without subscribing.

Tenants are complaining about mold and broken pipes in South LA apartments, even after the city intervened. Owner Mike Nijjar’s companies own more than $1 billion in real estate, mostly in Southern California. Los Angeles Times

He is terminally single and aging. What’s next for P-22, LA’s favorite wild bachelor? The mountain lion who started a million memes must try OKCougar or something. Los Angeles Times

A week in Orange County with a joint income of $330,000. Judging by this person’s tastes, I consider them a resident of Yorba Linda or the candle part of Costa Mesa. Refinery29

If you’re a fan of this newsletter, you’ll love our daily “The Times” podcast, hosted every weekday by columnist Gustavo Arellano, along with reporters from across our newsroom. Go beyond the headlines. Download and listen on our app, subscribe on Apple Podcasts and follow Spotify.

LA says it cannot care for its sickest and most vulnerable. The county isn’t buying it. A lawsuit settled, and no solution to homelessness in sight of either the city council or the board of supervisors. Los Angeles Times

How the Gay Rights Showdown Threatens Disney’s Unprecedented Autonomy in Florida. The perfect example of the right thing done for the wrong reasons. Los Angeles Times

The 49ers break the bank for the San Jose mayoral candidate. The NFL team should be more concerned with keeping star receiver Deebo Samuel than the politics of a city they’re not in, you know? Spotlight on San Jose

Why shoplifters keep heading to Canoga Park. Another reason for me to think about the San Fernando Valley neighborhood in addition my friend Pingo. #mexicannicknames Crosstown LA

Soledad Luna and the Saint-François dam disaster. An eyewitness account of the second deadliest calamity in California history. American experience

The farm that grows loofahs. For more than 20 years, Deanne Coon of Nipomo has been growing natural sponges – not those from the sea. Modern Farmer

San Francisco: An Index of Influence. Thirteen sites that transformed the city and the nation – even if they seem mundane today. Location Log

“Pacific Magazine Billing” sent me a bill for a magazine I don’t subscribe to. Thank goodness I always throw away the mail that the San Marcos-based company sends me. Boing Boing

The LA Taco guide to eating and drinking at Coachella and Indio. My former Orange Coast College student, Sean Vukan, makes me proud AND beats me on a story I’ve hung on to for too long – don’t get beat up, folks! L.A. Tacos

Get our free daily crosswords, sudoku, word search and arcade games in our new game center at latimes.com/games.

It may have been April 2001, when I was on a school trip to San Francisco. Two teenage girls and I were taking a cable car back to our hotel late on a cold, foggy evening. As the cable car nearly reached the crest of a hill, seven or eight young Italian men jumped onto the car, clutching the handrails and met my two daughters’ eyes. In unison, the men broke out singing “Funiculi Funicula” with beautifully driven vocals. They stood on the running board, their backs arched back as they held on to the handrails and waved their free arms at the dark sky. At the end of the song, they jumped out of the car like acrobats, blew kisses to everyone and shouted “Buona notte”.

If you have a memory or a story about the Golden State, share it with us. (Please limit your story to 100 words.)

Please let us know what we can do to make this newsletter more useful to you. Send your feedback to [email protected]