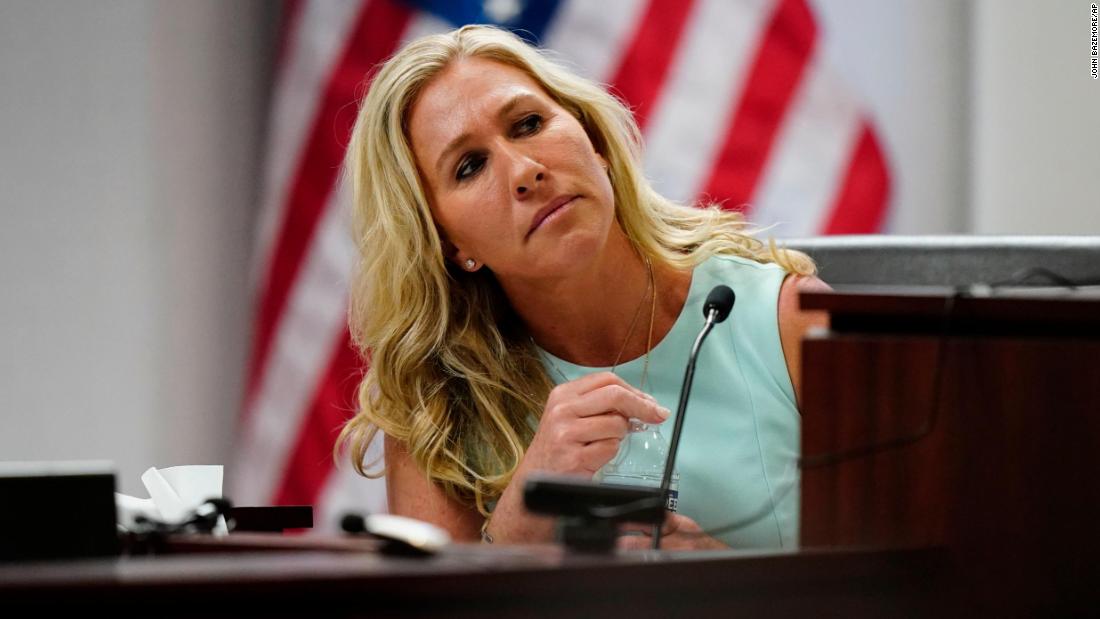 During the hearing, Greene initially denied calling House Speaker Nancy Pelosi a “traitor to our country,” as CNN’s KFile reported.

Greene eventually admitted to saying that about Pelosi as the attorney questioning the congresswoman mounted the exhibit with her remarks.

“Oh, no. Wait. Wait now –” Green interjected quickly. “Oh no, wait, wait now. I believe that by not securing the border, it violates his oath of office.”

Before running for Congress in 2020, Greene created a petition to the White House in January 2019 to impeach the Speaker of the House for “crimes of treason,” citing Pelosi’s support for so-called sanctuary policies that “serve illegals and not American citizens”. and because Pelosi did not support President Donald Trump’s border wall.

In a speech promoting the petition, Greene suggested that Pelosi could be executed for treason.

“She’s a traitor to our country. She’s guilty of treason,” Greene says in the 2019 video, which she posted on Facebook at the time, before the video was taken down. “She is sworn to protect American citizens and uphold our laws. And she aids and comforts our enemies who illegally invade our land. That is what treason is. And by our law, Representatives and Senators can be expelled and no longer serve in our government. And that’s, uh, that’s a crime punishable by death, that’s what treason is. Nancy Pelosi is guilty of treason.

Asked again about her comments during Friday’s hearing, Greene said she did not recall making them when asked if she said so.

Greene also denied knowledge of liking a post on his personal Facebook advocating that Pelosi be shot in the head and executed. In one post, from January 2019, Greene’s account liked a comment that said “a bullet to the head would be quicker” to remove Pelosi.

“I have no idea who liked this,” Greene said, saying she had “a lot of people” running her social media, echoing a statement she posted on Twitter last year in which she did not deny liking the posts and responding to the comments but claimed that many people ran her Facebook page.

Greene also said she did not recall whether she or any member of her team spoke with her friend and associate Anthony Aguero, who took part in the crowd entering the Capitol.

CNN previously reported that Aguero chanted “heave-ho” as rioters tried to break in and then entered the Capitol rotunda. After he left, he chanted “our house” on the steps of the Capitol. In a livestream a day after the riot, he attacked those who condemned the rampage at the Capitol. The FBI previously declined to say whether it was investigating Aguero in an email to CNN.