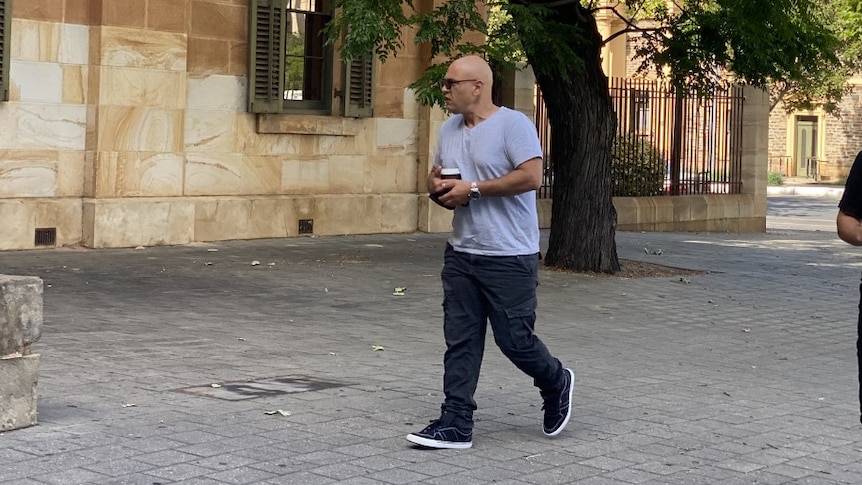 A man accused of evading police and causing a crash that seriously injured an Adelaide journalist faces first trial.

Holden Hill man Luigi Gligora, 47, appeared before the Adelaide Magistrates Court on Wednesday, where he was given new bail conditions.

Mr Gligora has been charged with causing serious damage through dangerous driving.

Police have said they tried to stop a silver ute he allegedly drove on Currie Street in Adelaide’s CBD in October.

In a statement, officers said at the time that as they approached the vehicle, the driver pulled away, headed south on West Terrace and then crashed into the back of another sedan.

The advertiser’s deputy editor, Ben Hyde, who was driving that sedan on his way home from work, was seriously injured in the crash.

He and Mr Gligora, who also suffered serious injuries, were taken by ambulance to the Royal Adelaide Hospital for treatment.

Gligora has now been given a new bail deal, requiring him to visit the Holden Hill Police Station every Friday.

He is also prohibited from leaving South Australia and possessing a firearm.

Outside the court, Mr. Hyde said he was feeling fine.

“I’m not going to comment too much today, but the recovery is going well,” he told reporters.

The case will go to court in April.