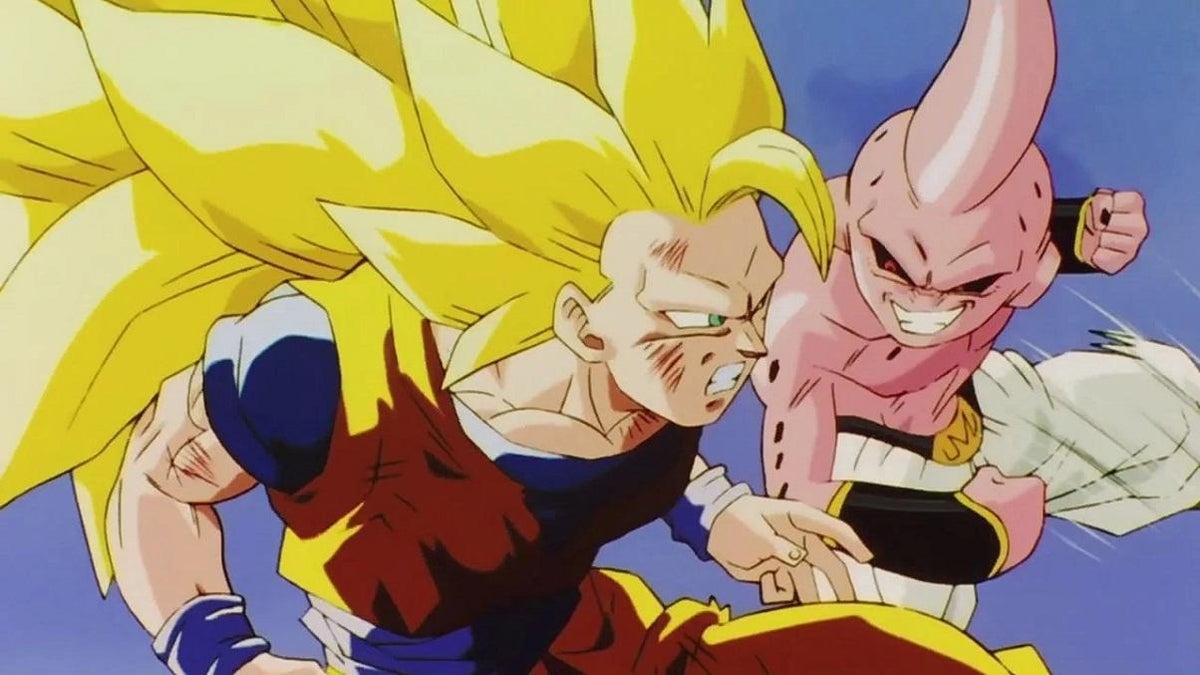 Dragon Ball Z ended over twenty-five years ago to date, with Goku and the other Z-Fighters managing to stop the destructive rampage of the pink powerhouse known as Majin Buu. With Goku successfully creating a spirit bomb like no other, Kid Buu was killed but would be reincarnated as a young fighter known as Uub, who recently made an appearance in Dragon Ball Super to help in the fight against Moro. Now, a fan has given the original fight between Super Saiyan 3 Goku and Majin Buu a more traditional Japanese makeover.

Dragon Ball Super didn’t see Kid Buu return to his evil incarnation, but it did give us a better look at the power that resided within the demonic villain, the Moro Arc revealing that Majin Buu might have had God Ki in his body. Considering how much damage Buu was able to sustain from fighting nearly all of the Z-Fighters and sweeping through them, this certainly shouldn’t come as a surprise. While the Moro Arc has yet to be adapted into the anime series proper, fans are keeping their fingers crossed for the arrival of the franchise’s next film, Dragon Ball Super: Super heroescould hint at the return of the TV series.

Twitter artist Justin96636 shared this awesome re-imagining of Goku and Buu’s fight, the Saiyan once again employing Super Saiyan 3 to battle one of the Shonen series’ greatest villains who currently has two versions of himself in the sequel. from the series of Dragon Ball Super in Buu and Uub:

Currently in Dragon Ball Super manga, Goku attempts to take down crime family member Heeter known as Gas, with his father Bardock managing to do so while still alive. With Goku’s transformation of choice at this point being Ultra Instinct, Super Saiyan 3 isn’t used as much in Super as it once was during the events of Dragon Ball Z and the arrival of Majin Buu on the scene.

What do you think of this new version of the battle between Goku and Buu? Feel free to let us know in the comments or hit me up directly on Twitter @EVComedy to talk all things comics, anime and the world of dragonball.