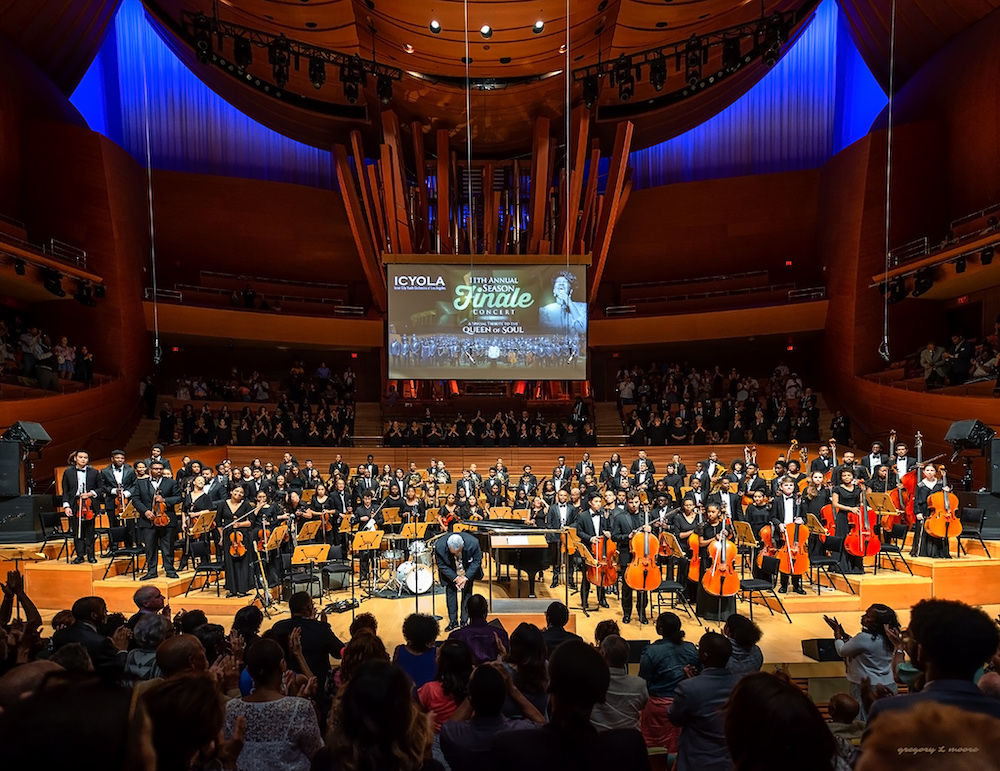 The orchestra receives a standing ovation during the final concert of the 2019 season. (Courtesy photo)

Autonomous. Committed to excellence. Igniters. This describes the nine African-American high school instrumentalists who approached Charles Dickerson in June 2009 to ask him to work with them on the orchestral repertoire. By the end of the summer, they had grown to 24 musicians and had learned enough music to perform a recital.

Afterwards, the teens were hooked, playing weddings and other events, including a pivotal performance as part of the MLK Memorial unveiling ceremonies on the National Mall. This experience transformed the group into the non-profit Inner City Youth Orchestra of Los Angeles (ICYOLA). 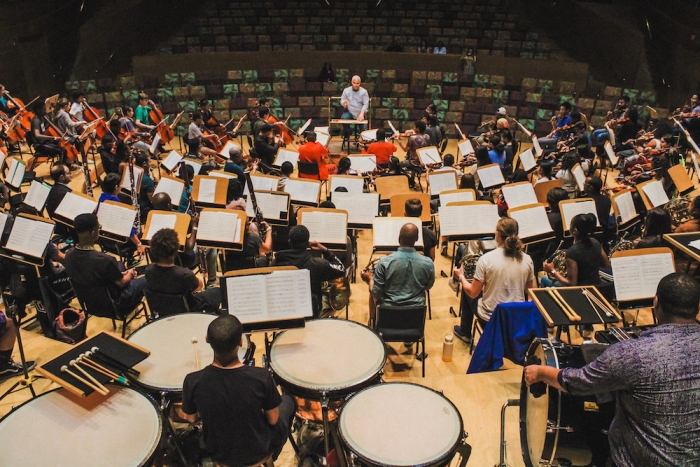 An ICYOLA rehearsal is in full swing. (Courtesy picture)

“We know that what we do uplifts the youth in our community. By teaching [them] the great music of the world and offering them the opportunity to perform that music in the most magnificent settings of our city, we are preparing them for advanced studies and high caliber success in music and other disciplines,” says Dickerson.

ICYOLA prides itself on welcoming its members for free and fostering what Dickerson calls “a family culture”, where the more skilled players teach the less experienced, and competition does not enter the picture. 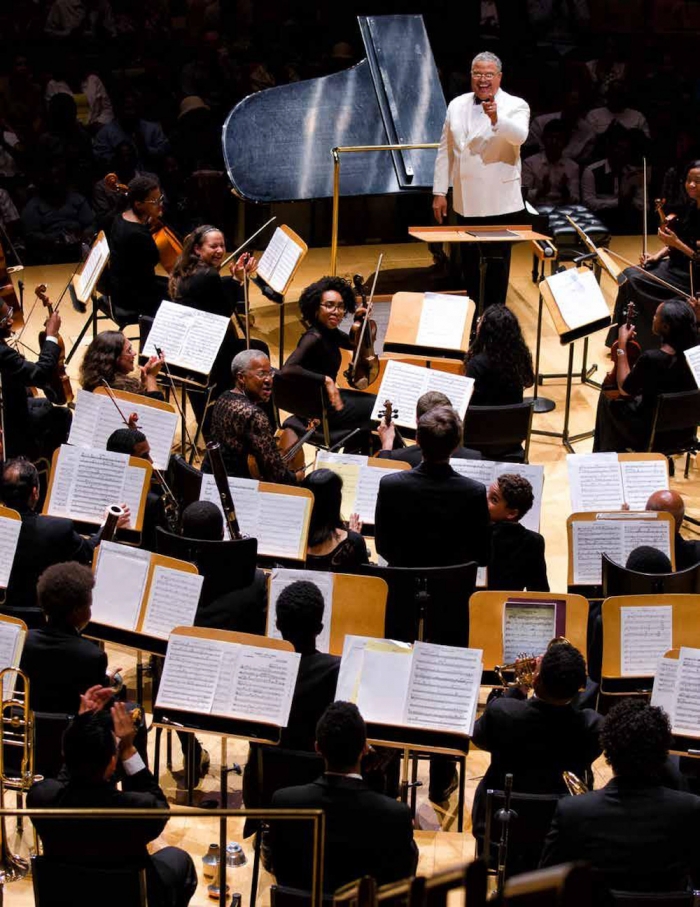 The orchestra shares a laugh during a performance. (Courtesy picture)

The core group is 12 to 25 years old, although it only took 10 years. Formal rehearsals are held weekly for two hours, but the members are often so dedicated that most rehearse for a weekly total of 10 to 15 hours.

This particular week of rehearsal will culminate with a performance at the Walt Disney Concert Hall for their 14th annual season-ending concert on Sunday, July 10. As the 3 p.m. show was sold out, a second was added at 7:30 p.m.

ICYOLA’s 2022 season finale will feature an ambitious line-up of musical works ranging from “Lift Every Voice and Sing” to Beethoven’s “Moonlight Sonata” with original musical tributes to Supreme Court Justice Ketanji Brown Jackson, the Ukrainian people and those killed by violence since the last Finale concert.

Another highlight will be the orchestra’s ‘Tribute to Marvin Gaye’, featuring the legend’s hits like ‘Ain’t No Mountain High Enough’ and ‘What’s Going On’, with dance accompaniment from the Debbie Allen Dance Academy.

“Our concert season is always completely free, with the exception of our Season Finale. But this year, we are giving away free tickets to the community in recognition of the support [we’ve received] over the years, and especially during the siege of the COVID pandemic,” said Dickerson, who wants to extend the teaching of the principles embraced in the orchestra to all young people from African American and Latino communities.

“My personal mantra is that there must be a downtown youth orchestra program in every city where there is an NFL team. If we can help raise our youth to a higher level of success in life, our life will not be in vain.

Reserve tickets or donate at icyola.org/seasonfinale/.