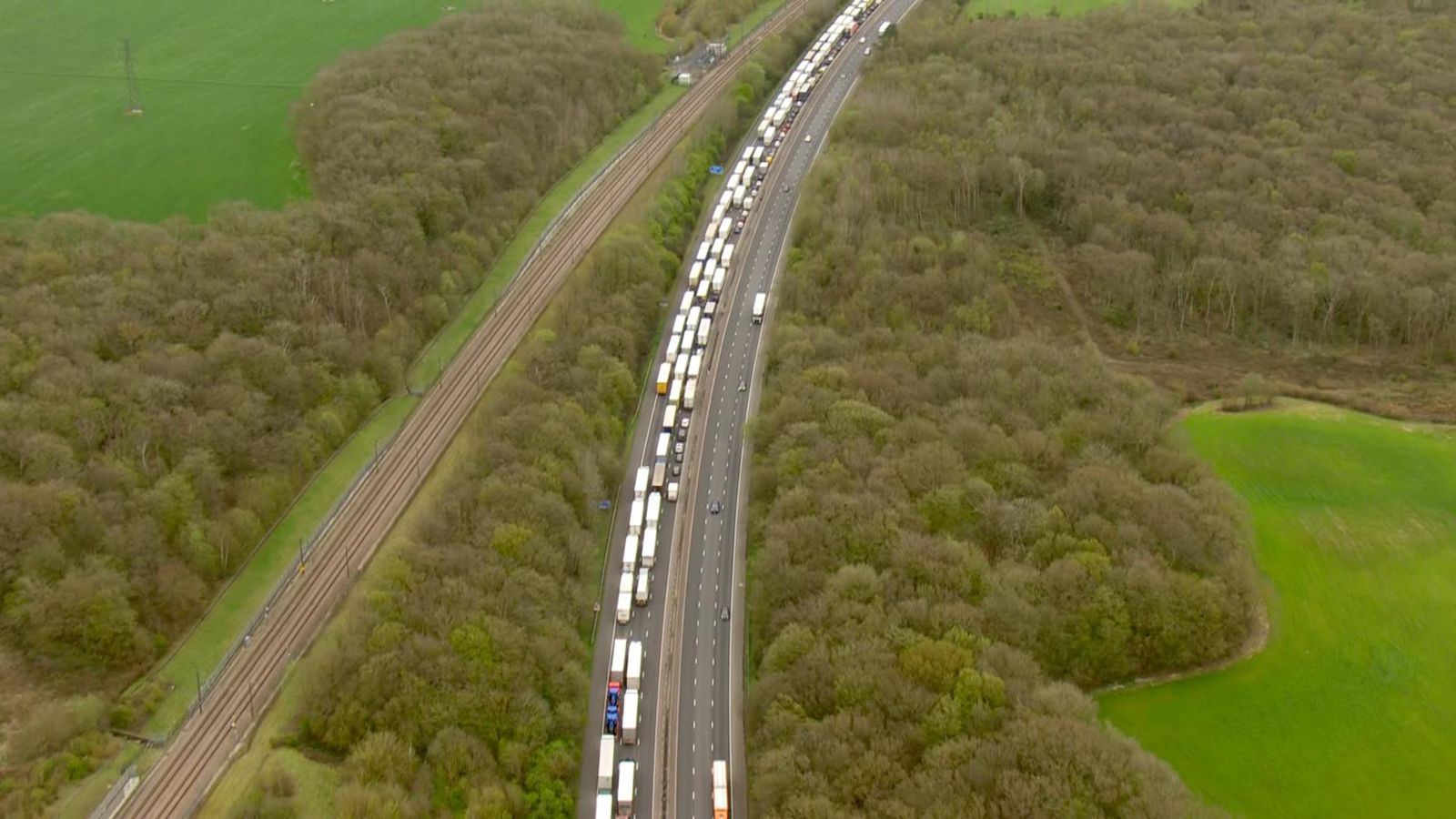 More than 2,000 lorries have been stuck in a queue of more than 20 miles to get to the Port of Dover, due to disruption to ferry services and customs operations, hauliers said.

The lorries have been parked along a 23-mile stretch of the M20 under Operation Brock due to the issues at Dover, causing high levels of disruption to roads in Kent.

The long queues and delays to Channel crossings are being driven by suspended P&O Ferries routes, Easter holiday demand and technical issues with the website needed post-Brexit for documentation.

P&O Ferries, which previously accounted for a third of capacity at Doversuspended operations last month after its sacking of nearly 800 staff without noticeled to criminal and civil investigations being launched.

Due to demands by holidaymakers ahead of Easter, other ferry companies now say they have no spare capacity until Monday.

“Alongside the beginning of the Easter holidays and smaller-scale incidents throughout the transport network, it has created a queue… in excess of 20 miles and around 2,000 lorries,” the Road Haulage Association said.

“Drivers have to remain trapped inside the trucks, without being able to access adequate resting places or minimum hygienic and sanitary conditions,” the Spanish haulage body said.

It added that the European Commission should put pressure on Britain to resolve the delays.

On top of fallout from the P&O Ferries scandal, a government customs website which provides documentation needed since Brexit has been suffering technical problems, requiring alternative document checks. 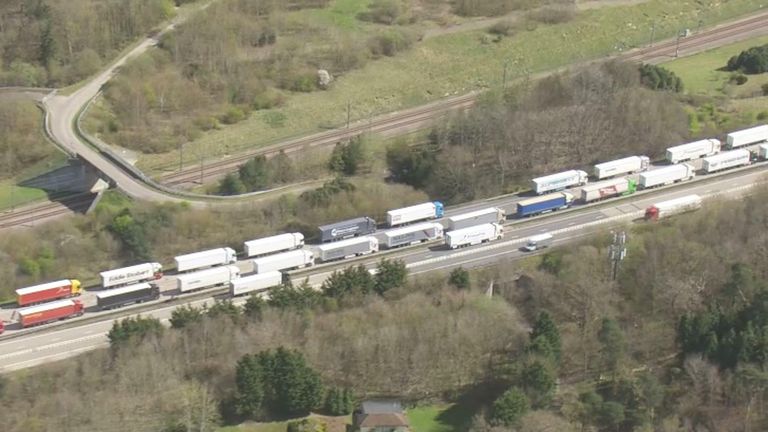 Aerial footage at Dover shows long tails of lorries stacked up on the M20.

Passengers urged to get to the airport early

Manchester Airport has warned passengers to expect queues of up to 90 minutes, due to staff shortages.

Pressure on airlines and airports has increased due to the surge in demand for travel during the Easter school holidays.

It comes as drivers are being warned to expect long delays as millions of people plan to head off for Easter trips next weekend.

The Port of Dover said in a statement it handled 30,000 departing passengers last weekend, which was a three-fold increase on the total during the corresponding weekend in 2021.

Trade is now roughly back around pre-Brexit levels, but has lagged behind an increase in trade with countries outside the EU.