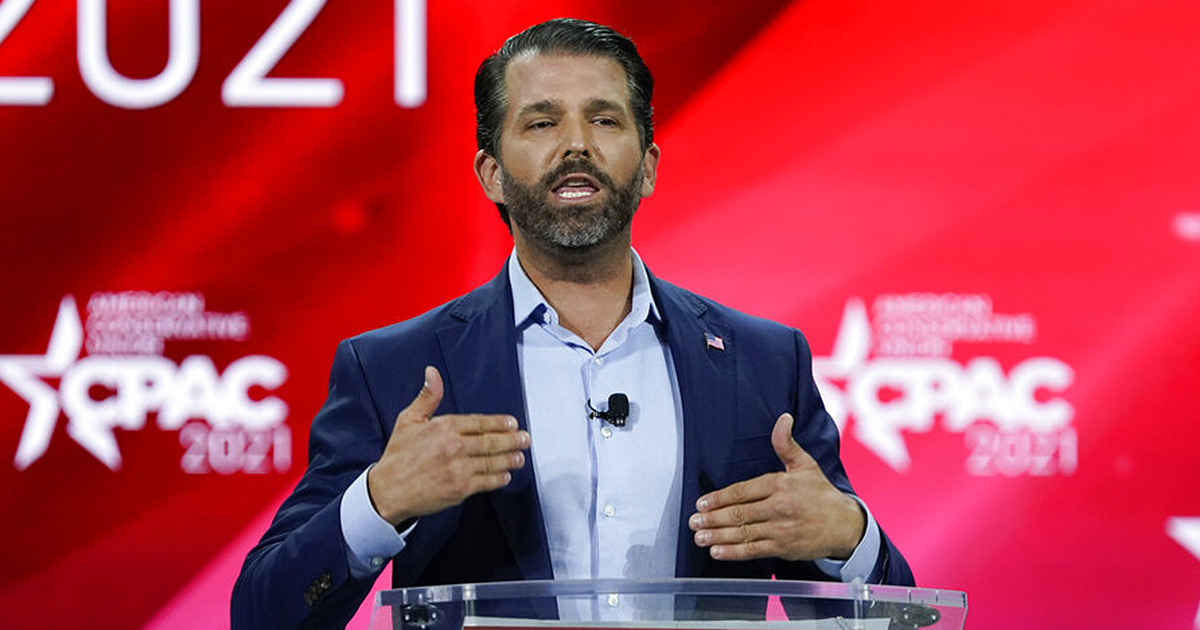 (The Hill) — Donald Trump Jr. met with the House Select Committee investigating the Jan. 6, 2021, attack on the Capitol on Tuesday, two sources familiar with the matter confirmed to The Hill.

The meeting, which took place virtually, lasted just over three hours, according to one of the sources. Trump Jr. did not assert his Fifth Amendment privileges during the meeting, the sources said.

A source described the meeting, which was voluntary, as “cordial” and “uneventful”.

Alan Futerfas, an attorney for Trump Jr., declined to comment on the matter. When reached by The Hill, the House panel said it had no comment.

CNN and NBC News reported on the meeting earlier on Wednesday.

Trump Jr.’s appearance before the committee had been expected since last month, sources familiar with the matter told ABC News, although the date of the meeting was unclear.

Kimberly Guilfoyle, the fiancée of Trump Jr. who spoke at the Washington rally ahead of the attack on the Capitol, was spotted entering the building that houses the committee’s investigators last month. This appearance would be his second time on the panel.

West Virginia has the highest drug use in the United States

Trump Jr.’s appearance before the investigating committee comes after CNN published a pair of text messages last week that the former president’s son sent to White House chief of staff Mark Meadows on the day of the Capitol Riot. The texts were two of more than 2,300 messages obtained by CNN that Meadows provided to the select committee.

In a text, Trump Jr. urged Meadows to get Trump to condemn the Jan. 6 riot on Capitol Hill. In a second, he warned it would destroy Trump’s legacy if he didn’t do more to stop the riot.

Trump’s Jr. meeting with the committee comes about a month before the panel is scheduled to hold eight public hearings.