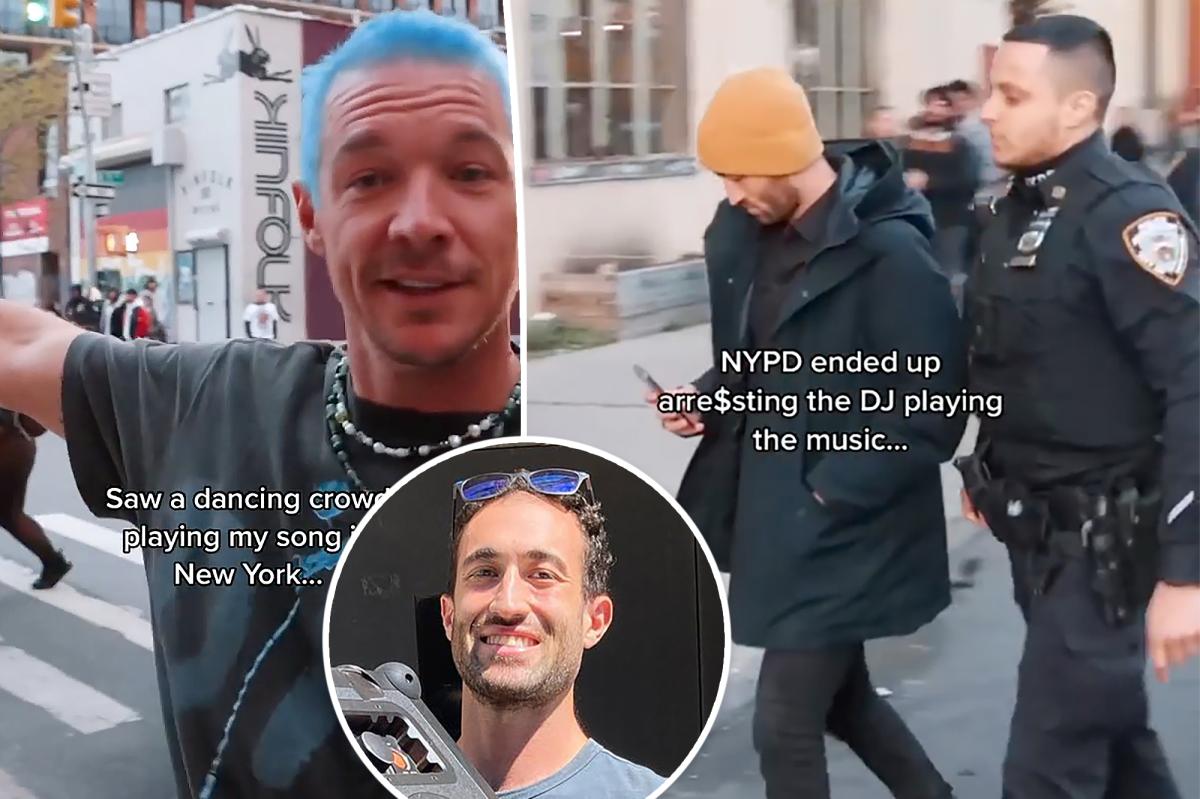 Diplo seems to have a thing for DJs caught up in the law.

Police arrested a busker who was playing music outside a surprise stop Diplo show in Brooklyn on Wednesday, but not before the famed DJ promised the street performer he would send him bail.

During an interview with Jimmy Fallon, Diplo said more than 4,000 people gathered in Bushwick Inlet Park for the pop-up show by the time cops shut down the event.

“The cops shut it down before we even played a single record,” Diplo told Fallon.

“I forgot how posh Brooklyn is now.”

The busker, known as Naveh Halperin or SubwayDJ, told Page Six he was walking down the street towards McCarren Park with a crowd of people from the closed event chanting “let’s go to the park” when cops pulled him down. arrested and confiscated his deejay gear, including a speaker he rides around New York as a source of income.

“As they were escorting me to their patrol car, I looked behind me and Diplo was right there, walking behind me,” Halperin said.

Diplo posted a video to his social media following the encounter with the busker, writing, “Saving the city one DJ at a time.”

While the party in the park was a failure, Brooklyn Bowl opened its doors to the famous DJallowing the artist to party in Brooklyn after all.

This isn’t the first time the traveling musician has run into the law. Police had confiscated equipment from Halperin in June 2021 while he was playing music for a crowd in Manhattan.

On Friday, Halperin is unsure of the costs that will come with returning his DJ gear from the NYPD, but thanks to Diplo’s promise to help the street performer, paying for the return of his gear won’t be an issue. .