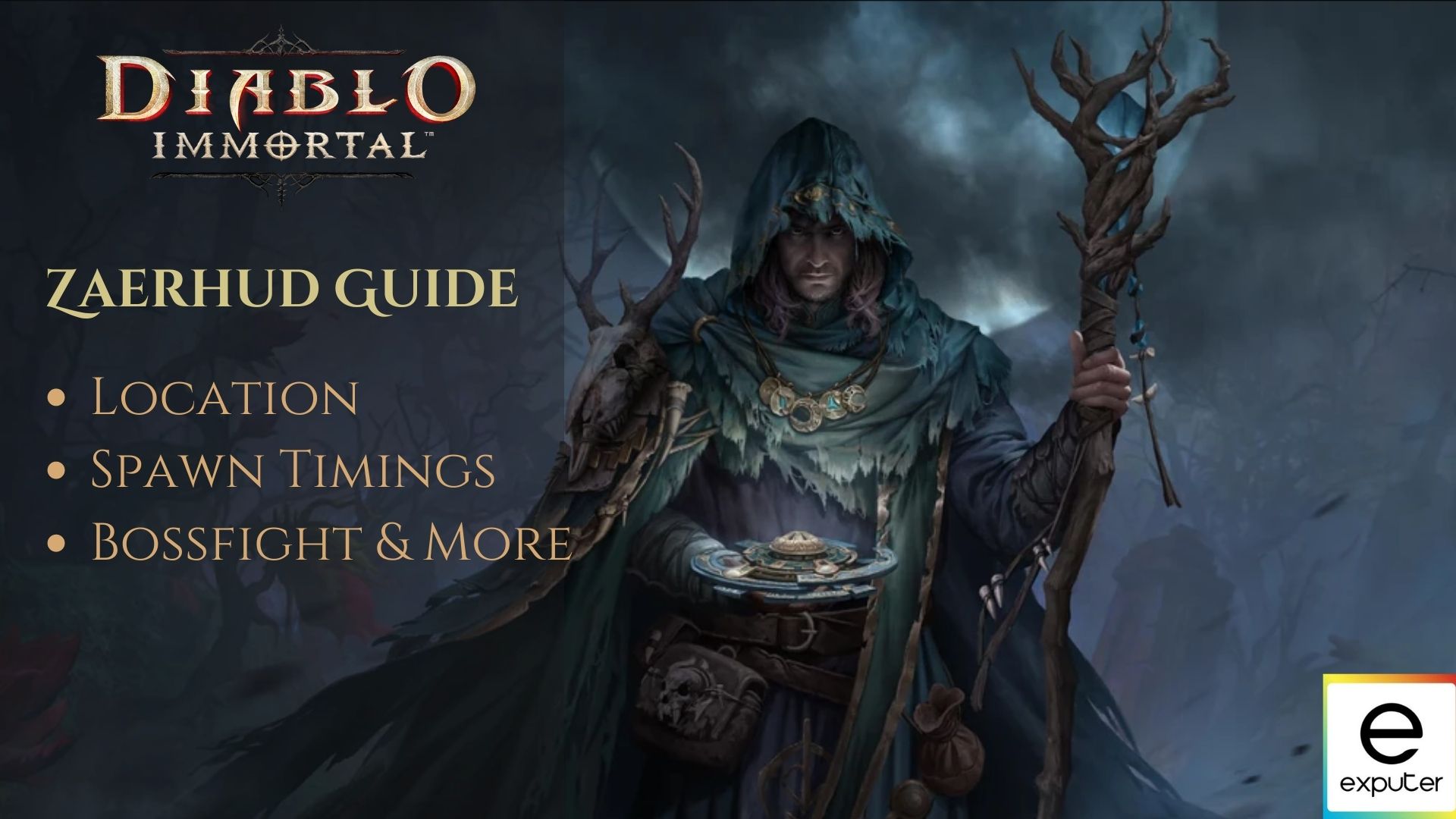 Boss battles aren’t the only test of skill for players, but also keep the game’s best rewards behind their backs. RPGs and bosses go side by side and naturally there are tons of them in Diablo Immortal too. Today we are going to discuss Zaerhud location and boss fight in Diablo Immortal.

Diablo Immortals is a free mobile entry into the beloved Diablo franchise, developed by Blizzard Entertainment and NetEase. Unlike other entries in the series, Diablo Immortal is an online-only game and requires you to be connected to Diablo Immortal servers each time.

The game not only retains the classic isometric view of the series, but also offers extensive class customization. In order to thrive in different parts of the games like bounty hunting, side quests, exploration and challenge rifts, you can create different character builds like Crusader build, Necromancer build and Barbarian build in Diablo Immortal.

For more on classes, also check out our guide to the best classes in Diablo Immortal.

Who is Zaerhud in Diablo Immortal?

Zaerhud, Unbridled Fury, is a super unique Elite class monster in Diablo Immortal. You’ll meet Zaerhud in the “Defeat Zaerhud” side quest. Zaerhud appears in the form of a giant bear that shares a striking resemblance to Corrupter Mauler and Kodi.

Zaerhud is an Elite class opponent, which not only means that he is very difficult to beat, but also has specific spawn times. What sets Zaerhud apart from the rest of the Elite opponents is his class. There are four types of classes in Diablo Immortal, and their spawn rates decrease in order from champion, rare, ancient, and finally unique.

Location of Zaerhud in Diablo Immortal

In the northern Khanduars lies a dark and ominous forest biome known as The Dark Wood. It’s a strange forest covered in giant leafless trees and toxic smog. Additionally, this forest is said to be cursed by eldritch beings and is used as a shortcut by merchants and travelers.

The dark wood is where you will find Zaerhud. Since it’s a big forest, the question is where is Zaerhud in the huge haunted forest? Open the map, zoom in and check the area where The Dark Wood is written in text. There, you will be able to see three trees indicated by dark spots.

Zaerhud spawns right next to the second tree. The location of Zaerhud is shown on the map below. Why not browse our Diablo Immortal Wizard Build guide before reading further?

In order to differentiate the second tree from the rest, we have also attached the image of the tree below, so that you can reach the desired location correctly.

To reach The Dark Woods, all you need to do is open the map and simply click on where The Dark Woods is. You can then navigate to that area. The closest waypoint to The Dark Wood is the Tree of Inifuss Waypoint.

As we mentioned, Zaerhud is a Unique Elite monster, which means it has specific spawn times. He won’t just be there as soon as you get to his location, but that doesn’t mean his spawn times are random.

There is a way to calculate Zaerhud spawn times in Diablo Immortal. Each time a player kills Zaerhud, there is a 30 minute cooldown before Zaerhud can respawn in his location. How about checking out our Diablo Immortal Demon Hunter Build guide before reading any further?

So if you get to his location and see Zaerhud, you’re in luck, you can kill Zaerhud and collect your reward. If he’s not there, you’ll have to wait 30 minutes before he can respawn.

Additionally, you will receive a “New Event” notification as well as a prompt on the left side of the screen with the words “Defeat Zaerhud” whenever it appears. Zaerhud is a silver bear with a purple aura. One thing you need to watch out for is another monster called “Arag”.

The wanted quest name for Zaerhud is “Defeat Zaerhud” and for Arag it is “Killing Arag”. It might not seem like a big deal, but it’s easy to overlook the name of the boss fight when you’re in the thick of it. Moreover, the time at which both appear is exactly the same. Sometimes it will be Arag that will appear, and sometimes you will see Zaerhud.

So make sure to check the name and notification before starting your battle. Before you read on, why not check out our Diablo Immortal Essence Transfer and learn more about modifying legendary items?

Probably the biggest issue is Zaerhud’s health bar, which will only be an issue if you’re a low level character. Other than that, his attack pattern isn’t that complex and can be easily dodged. The attacks you need to watch out for are described below.

The first is a growl attack; Zaerhud will growl at you twice and on his second growl he will summon an ice beam from the sky. Small circles will appear, which will show where the ice beam will fall.

These ice beams will not only deal base damage, but also inflict a chill status on your character. After its Ice Beam attack, it will stomp the ground and periodically attack you with its hands.

After eliminating Zaerhud, small slimes will emerge from his corpse. These slimes must be killed as they are part of the boss fight and unless and until you kill them you will not be able to receive your reward.

Speaking of bosses, why not check out our Diablo Immortal Vitaath Bossfight guide and find out the best strategy to defeat him?

Even though the overall boss fight isn’t that complex, once you know his attacks, we’ll still discuss a strategy that can come in handy when things go wrong. Since most of Zaerhud’s attack pattern consists of melee attacks in Diablo Immortal, your best strategy against him would be to use a character that specializes in ranged combat.

You don’t even need a high combat rating if you use this strategy, just keep attacking from afar, keep consuming the health orbs he drops from time to time the more you damage him, and eventually you will get it out.

After defeating Zaerhud, you will receive the following rewards

This concludes our Diablo Immortal Zaerhud guide. Let us know what you think of our guides in the comments below.