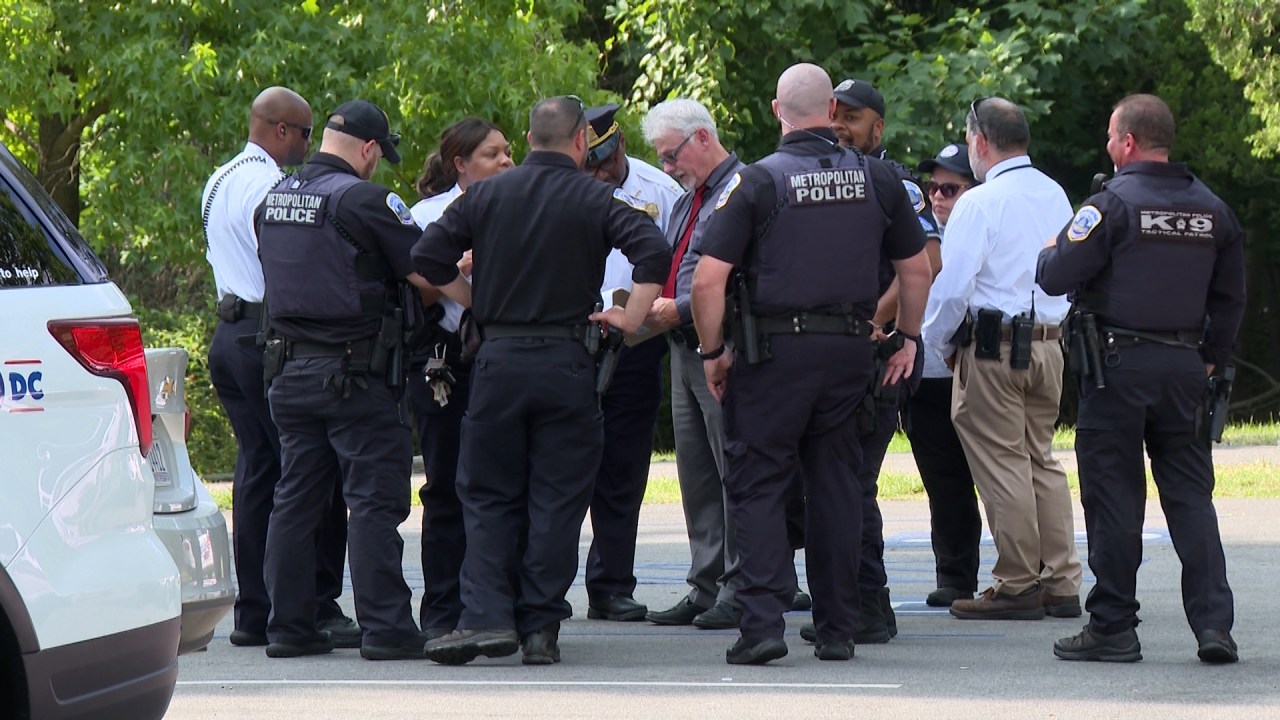 According to MPD Commander Ralph Ennis, a K9 unit officer and his dog, a pointer, were walking in the park when a rampaging pit bull attacked the dog. The officer “begged the dog’s owner to take control of the dog.” After temporarily restraining the dog, it broke free and attacked the pointer a second time. It was then that the officer fired a shot, hitting the pit bull.

The pit bull was taken to the vet but is in stable condition. The MPD dog had multiple bites.

The officer’s dog was about 18 months old and was going to be a bomb detection dog.

Which cities and states have the most dog attacks on USPS postal workers?

“As with any discharge of a weapon from the Metropolitan Police Department, in the line of duty or otherwise, there is a full and thorough administrative investigation into the matter,” Ennis said.

He also stressed the importance of following DC’s leash law.

“There are a lot of dogs in this town and for everyone’s safety…you should have your dog on a leash.”