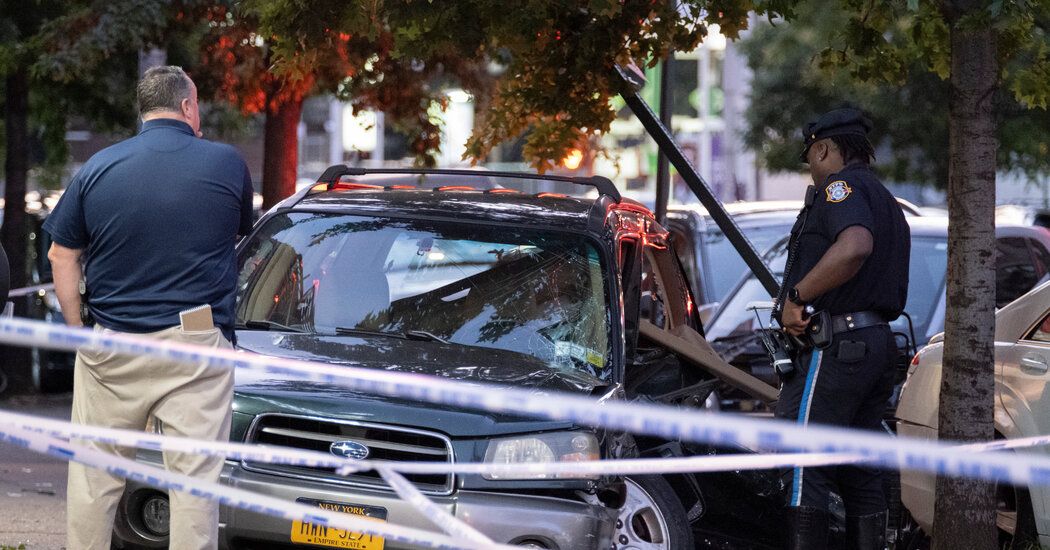 Two men, a 31-year-old and a 32-year-old, died. Police officials said they were investigating the whereabouts of the two victims when the accident happened and the vehicle that hit them.

Municipal governments have been working to reduce road fatalities for years. Former mayor Bill de Blasio has said he will tame road deaths when he takes office. But he was still struggling to deliver on that promise when his term ended last year.

In 2013, 184 pedestrians were killed on city streets, a number that had fallen to 94 in 2020, according to data from Vision Zero, the city’s traffic death initiative. That trend reversed last year, however, when road fatalities hit their highest level in nearly a decade – with 125 pedestrians killed.

As of August 1 of this year, 60 pedestrians had been killed across New York City, according to city data. By comparison, 70 had died by this time in 2021.

Vision Zero, launched under Mr. de Blasio’s leadership in 2014, aims to eliminate serious traffic-related injuries and deaths in New York City. According to the city, the leading cause of injury-related death in children under 14 is being hit by a vehicle.

Through a network of agencies and programs, like speed cameras, Vision Zero works to reduce the number of deaths on the city’s deadly streets.

Mayor Eric Adams and the city’s Department of Transportation announced speed cameras would operate 24 hours a day starting Monday, after a new state law signed by Governor Kathy Hochul allowed them to operate at any hour of the day. In the past, the city’s 2,000 automated cameras were only allowed to operate on weekdays between 6 a.m. and 10 p.m.

“Speed ​​cameras work: they save lives, reduce speeding and help protect New Yorkers across the city,” Adams said in a press release two days before the new speed cameras were activated in full-time. “And we are expanding this proven program to ensure that New Yorkers have this protection at all times of the day.”

Mr. Adams promised to invest $900 million over five years in the city’s safe streets program in April, which would include funds for infrastructure upgrades to protect bike lanes and pedestrian areas.