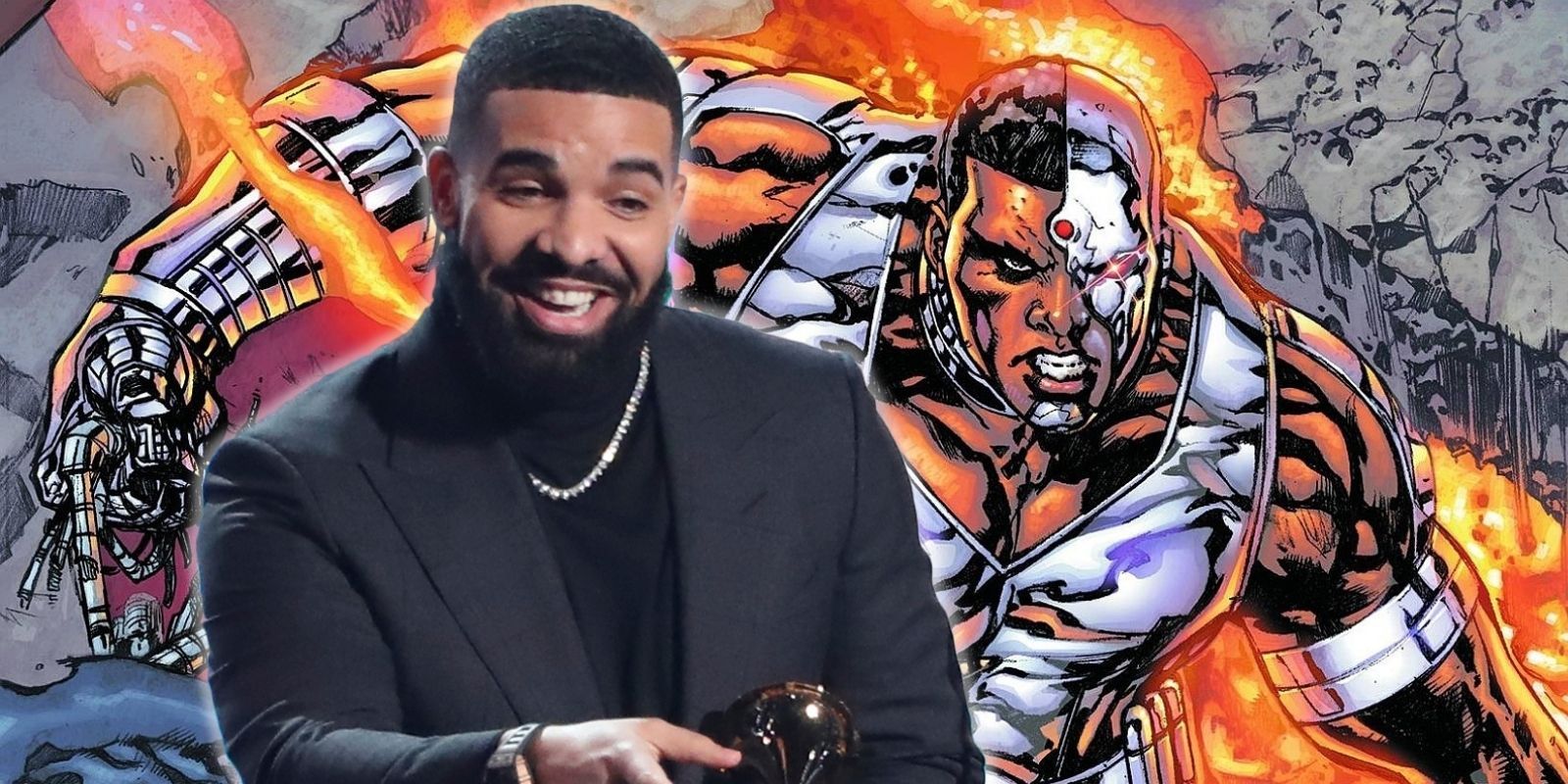 Concept artist Jared Krichevsky reveals that Warner Bros. was at one point working on a live-action Cyborg project that cast Drake as Vic Stone.

Hip-hop artist Drake was at one point considered playing Cyborg in a canceled DC series.

Concept artists Jared Krichevsky released an image made for the show that depicts Drake as the beloved DC character. “Cyborg concept for a series that didn’t happen. They wanted to cast Drake at some point,” Krichevsky wrote. No further details about the canned project have been provided and the reason for its termination is currently unknown. The artist’s phrasing suggests that Drake was one of many in line to play Victor Stone, but other possible candidates remain a mystery.

Had the series been successful, Drake would have been the fourth actor to enter Cyborg’s robotic body. Previous live-action portrayals of the character include Lee Thompson Young in SmallvilleRay Fisher in Batman v Superman: Dawn of Justice, Justice League and Zack Synder’s Justice League and Joivan Wade in Doom Patrol.

Victor Stone has had questionable luck when it comes to standalone live-action projects. Beyond Drake’s canceled series, Warner Bros. also planned for Fisher’s iteration of the character to appear more in the DC Extended Universe in his own movie. Originally slated for a 2020 release, the film was eventually pulled from the studio’s schedule and its current production status is unknown. While some believe it was cancelled, Warner Bros. has yet to provide an official statement on Cyborg.

Many believe that Cyborg was delayed indefinitely due to Fisher speaking out against Warner Bros. and Joss Whedon, who completed the theatrical cut of Justice League after Zack Snyder left the project. The actor alleges that Whedon’s treatment of the film’s cast and crew was “abusive” and “unprofessional”, while also stating that several WarnerMedia executives permitted his behavior. The claims have been officially denied by Whedon and the studio.

Yes Cyborg ultimately returns to Warner Bros.’ next slate, Fisher explained what he wants to see in the character’s first solo movie. “I think there are some repairs to be made between Cyborg and his father, in this relationship,” Fisher said. “I think there’s also a lot of ground to explore how technology is too technological for humanity, and how fast technology is changing, and the role that Cyborg could play in potentially mitigating the problems that come with it. .”

Brad Lang is associate news editor at CBR. When he’s not writing about the latest entertainment rumbles, he can be found browsing through his ever-growing collection of retro video games. He also hurts himself a little too often on his skateboard and should probably clean his records soon…