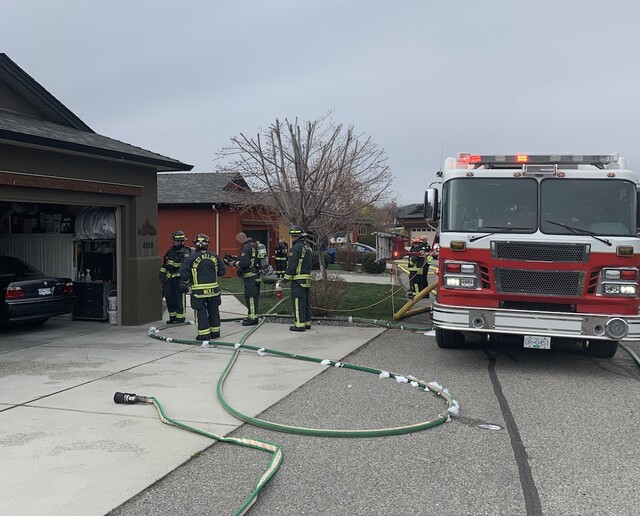 Fire breaks out in the bathroom

A curling iron was responsible for a small fire in a West Kelowna home on Tuesday morning.

West Kelowna Fire Rescue says they were called at 8:30 a.m. to a house bathroom fire.

Firefighters responded to the 4000 block of Solana Place with four engines, three safeties and a command unit. Crews quickly extinguished the fire and contained it to the bathroom, with no extension to the rest of the house.

“The bathroom where the fire originated suffered charring of the vanity and heat damage to the walls and ceiling. There was also smoke damage to the upper floor,” said the Deputy Fire Chief Brent Watson.

The property is insured and there were no injuries.

“Given the accidental nature of this fire, WKFR reminds residents to use heat-generating appliances with caution, especially when they are near other combustible materials,” Watson concluded.