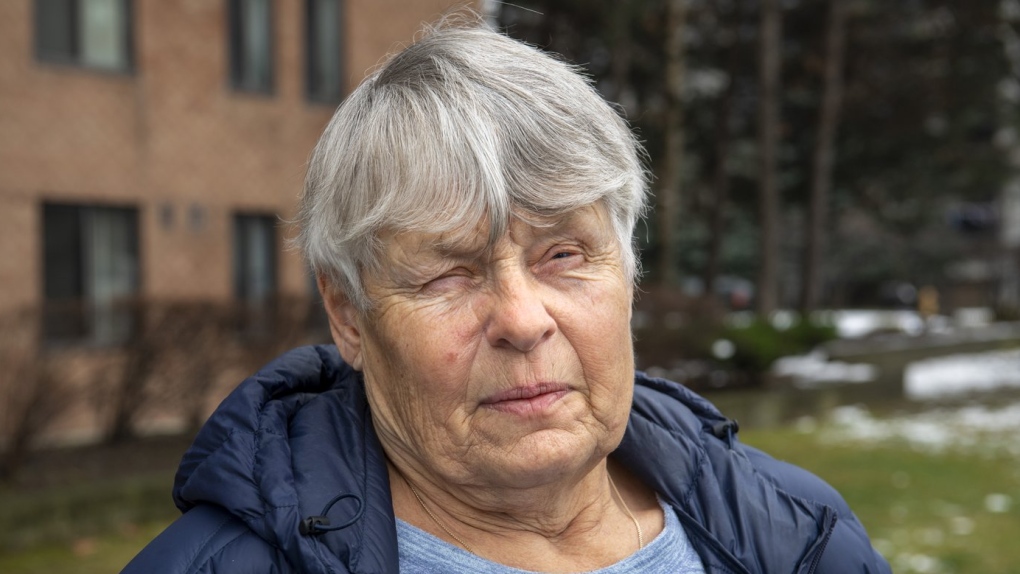 Cathy Riddell wants to move on, but the justice system has blocked her in time.

She hopes other victims of crime won’t have to endure what she and more than a dozen other survivors – and many grieving parents – of the worst attack in Toronto history have endured. suffered.

It’s been four years since Riddell was attacked by a man who, angered by women who wouldn’t sleep with him and radicalized into the bowels of the internet, deliberately drove a rental van down a busy Toronto sidewalk.

However, the criminal case stretches.

“Nowhere along the line is there any real consideration for victims,” Riddell said in a recent interview. “We just don’t matter.”

The 71-year-old is one of 26 victims of the Yonge Street tragedy on April 23, 2018. Ten people, eight women and two men, died that day. Two other women beaten by the man whom the victims refuse to name died a few years later. Many others were catastrophically injured.

In March 2021, a judge found Alek Minassian guilty of 10 counts of first degree murder and 16 counts of attempted murder.

Justice Anne Molloy ruled last year to stay sentencing until the Supreme Court of Canada rules on a 2011 law that gives judges discretion to stack periods of ineligibility for parole for multiple murderers.

Canada’s highest court heard the case last month, but there is no deadline for a decision.

“I’ve really had enough, I’ve carried the burden long enough,” Riddell said. “I want to move on somehow. I want to get my life back on track and if the court isn’t going to help me do that, then I’m going to do it myself.”

She thinks the court should have moved forward with sentencing last year rather than wait.

“If the Supreme Court said we can’t do it, then you know what, change it later, but don’t keep us waiting,” Riddell said. “Please let us be done with this.”

The last two Minassian court appearances were held behind closed doors, closed to the public, media and victims.

But Riddell said the Crown prosecutor called the victims on April 4 to tell them that Minassian would be sentenced on one count of first-degree murder on June 13. This carries an automatic life sentence with no possibility of parole for 25 years.

He will then be sent to a federal penitentiary and the other charges will be dealt with at a later date, she said.

Both the court and the Ministry of the Attorney General said the sentence was set as of this mid-June date, but did not provide details of the plan.

Sentencing is expected to take place in person and victims will have the opportunity to make statements in court about how the attack affected them, Riddell said.

“One of my motivations for recovering was the opportunity to look him in the eye and I better understand,” Riddell said. “If that changes, I’ll just be absolutely livid.”

The Court will then wait for the Supreme Court’s decision, which means the case can take months or even longer to conclude.

“I think it’s time for this country at all levels and the judiciary to take a serious look at victims’ rights, because that’s basically the last consideration,” she said.

Riddell would have liked the trial to be held in person, but it was conducted over Zoom in late 2020 due to the pandemic.

“We’re like the extras in a play or something, except this time we weren’t even in a play, we were in a separate room watching video,” he said. she declared.

Riddell said she forgives the court for the decision, but went to the physical courtroom every day to watch the proceedings on a screen in a room set up for victims.

She also wishes the court had better prepared her for what was to come — or helped her figure out a better way to deal with the facts of the case that both sides have agreed to.

Riddell has no recollection of being hit by the 25-year-old’s van that day.

“It’s a blessing, really, but how I found out what happened to me is also a curse,” she said. “There was no preparation of the victims for the trial.”

On the first day of the trial, the Crown gave a lengthy presentation which detailed how each person had been hit by the van and, if they died, a photograph of their final resting place. Some of the images show the bodies of the victims covered in orange tarps.

“It was traumatic for me, imagine what it would be like for a family who lost someone,” she said.

“There was no communication, we had no input, no idea what to expect and that needs to change.”

She discovered that she had been blinded from behind and thrown into a bus shelter.

The impact fractured his spine and broke his ribs, shoulder blade and pelvis. She suffered a minor brain injury, massive bruising and internal injuries. She went through a severe bout of depression and survivor’s guilt.

She now uses a walker to get around.

“Other than that, I’m fine! she said with a small laugh. “If I didn’t laugh, all I would have is anger.”

An online vigil is planned for Saturday afternoon to commemorate the fourth anniversary of the attack, but Riddell had no idea until The Canadian Press told him.

Either way, she won’t look.

“Commemoration, I’m done with that, especially when it’s virtual,” she said. “There’s no feeling there. It would be nice to hear about the permanent memorial, though.”

She said that a few years ago there was a lot of noise about something being built in Mel Lastman Square, the site where several people died that day. But other than a visit from a city employee, Riddell said she didn’t hear anything.

“I would like to see it before I die,” Riddell said.

A city spokesperson said consultations with survivors, families and the community are ongoing.

This report from The Canadian Press was first published on April 23, 2022.