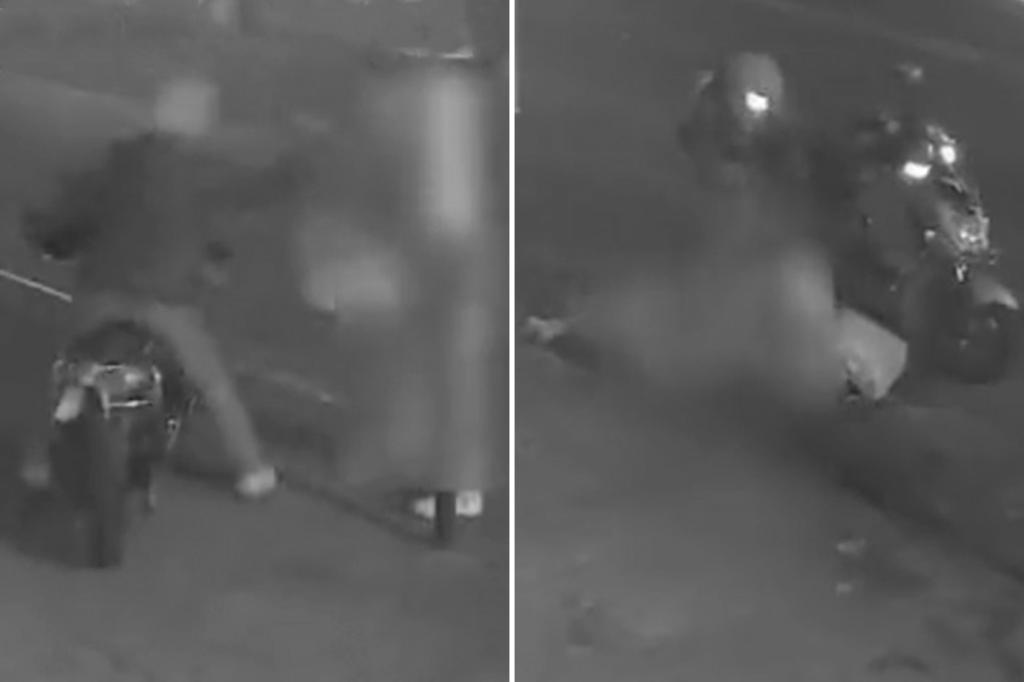 A sicko slapped a 59-year-old woman in the face and then molested her on a Brooklyn street, disturbing video released Thursday shows.

The victim was walking on Church Avenue near East 95th Street in East Flatbush around 2:10 am March 31 when the suspect – riding a motorized scooter – rolled up to her on the sidewalk, according to cops and the footage.

He then smacked her, knocking her from the sidewalk into the street, the clip shows.

The video shows the assailant drive off, heading down the block before turning onto the street and again pulling up to the victim, who was still on the ground.

There, he ripped her pants and underwear before sexually abusing her, police said.

After the attack, he allegedly took off along Church Avenue.

The victim refused further medical attention on the scene.

Cops were still looking for the perv on Thursday.