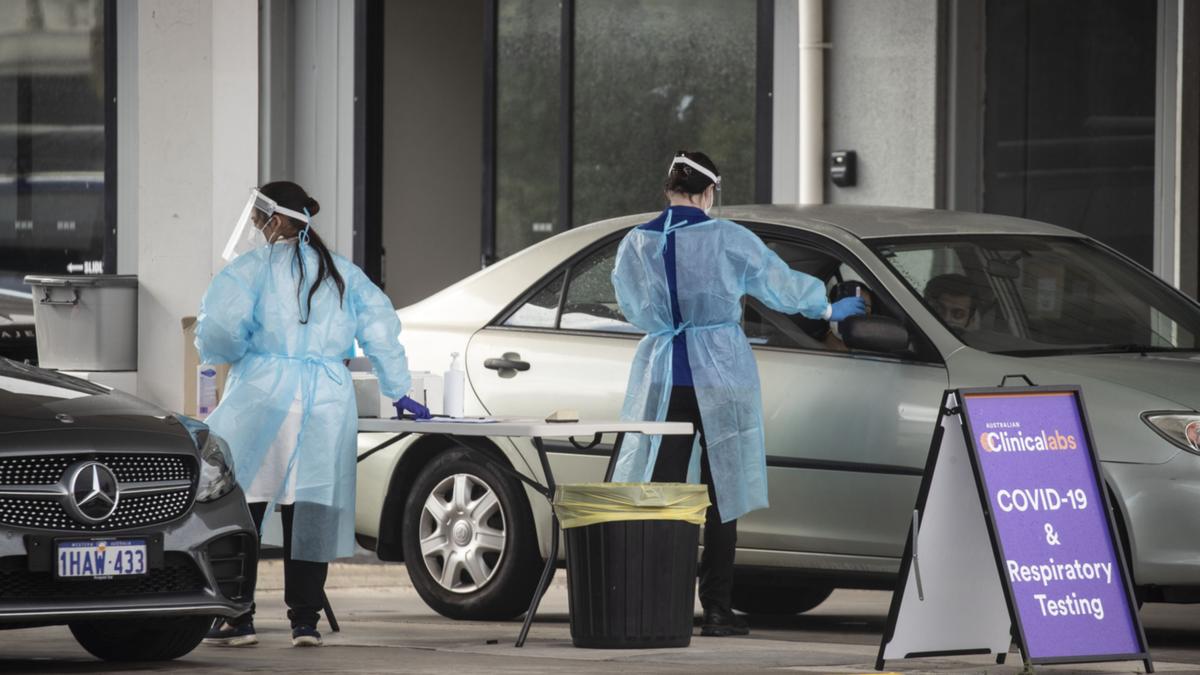 WA reported a record 9,782 daily COVID infections less than a week after dropping the majority of restrictions designed to contain the virus.

However, the number of people hospitalized with COVID fell slightly to 242 in the 24 hours as of 8 p.m. last night.

Ten of them were receiving intensive care treatment.

Two additional historic deaths have also been reported, a 90-year-old woman and a 70-year-old man, dating back to April 12.

The spike in infections comes after mandatory mask-wearing and capacity limits were scrapped on Friday, along with proof of vaccination requirements.

Wednesday’s daily case count is the highest since April 21, when 9,314 infections were reported, and narrowly tops the previous record of 9,754 reported on March 30.

The majority of new infections (7,971) have been in Perth but there has also been a sharp rise (667) in the South West, where there are now more than 3,000 active cases.

All other regions of the country also saw triple-digit increases in infections, led by the Mid West (177) and followed by the Goldfields (158), Great Southern (149), Pilbara and Wheatbelt (both 117 ) and the Kimberley (106).

Whether the jump in cases is on a new upward curve remains to be seen, with the state’s number of active cases (44,868) remaining well below the peak of 54,064 reached in early April.

The jump comes ahead of plans to freeze non-emergency Category 2 and 3 surgeries which will resume in public hospitals from next week.

About 2,000 public sector health workers remain on furlough, which Health Minister Amber-Jade Sanderson said was the biggest hurdle to a ramp up of elective surgery aimed at reducing a waiting list that now exceeds 30,000 cases.