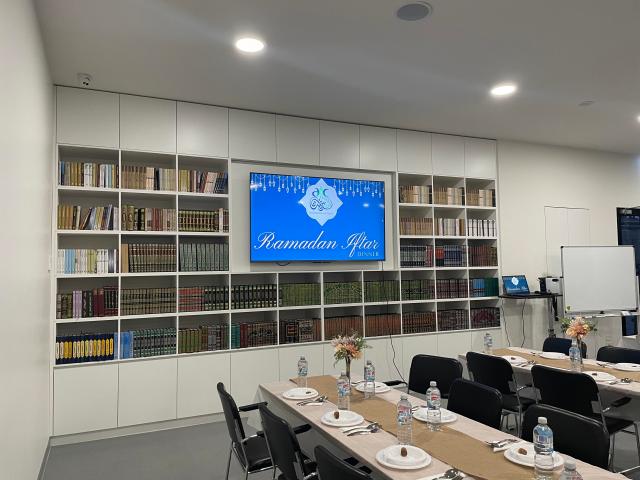 The Australian Islamic Center in Newport hosted a community Iftar on April 21, which was attended by local dignitaries and mosque members.

Iftar is an evening meal when Muslims complete their daily fast during Ramadan.

After a tour of the mosque by one of the building’s architects, Hakan Elevli, those present gathered for dinner in the library, where they broke their fast on dates and water.

A delicious feast of Middle Eastern dishes and desserts was enjoyed by all.