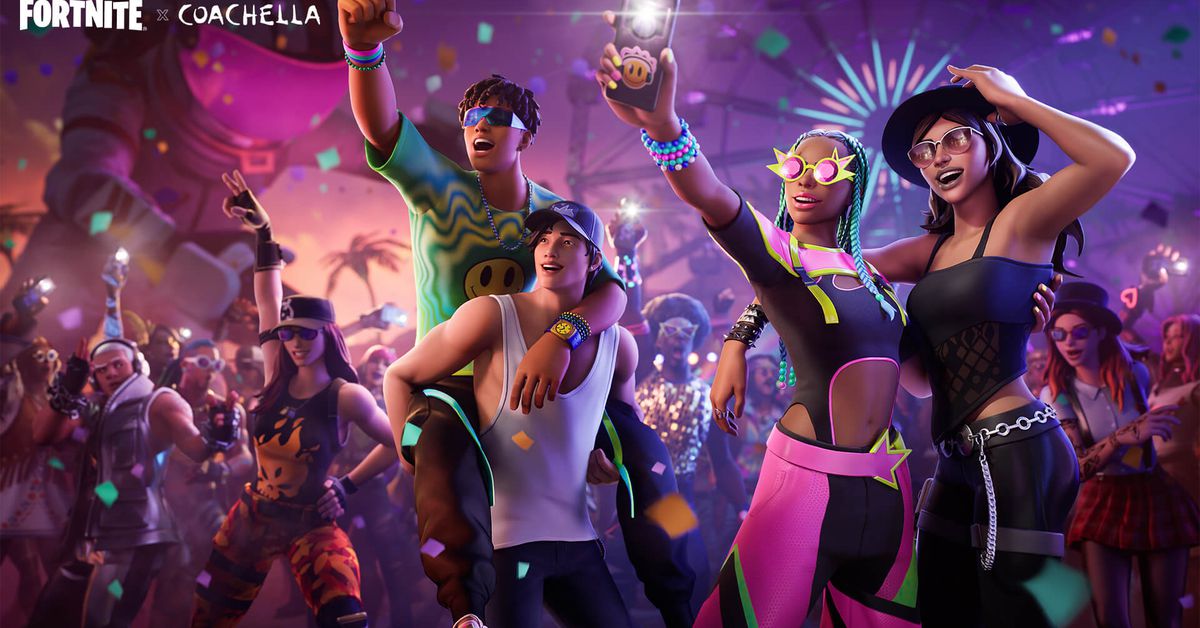 Epic Games announced the collaboration with Coachella on its Fortnite Thursday blog, showing off the new additions. There isn’t a ton to the integration beyond some music and a bunch of outfits, all of which you can see in the gallery below.

No, Coachella absolutely won’t be live in Fortnite, as Epic Games has done with other musical acts and events. Instead, Fortnite Players can dress like they’re going to Coachella while playing the battle royale video game. Coachella’s organizers insist on referring to the concert series as a “Coachellaverse,” and with this collaboration with Epic Games and Fortnitethey’re…sort of…making good of it?

Beyond the outfits, there are new accessory skins, like a neon shark, a flaming guitar, and a glowing cactus — all of which are reactive to music. Epic Games says these are the “first wave” of Coachella items, dropping Thursday at 8 pm EDT. The others include an astronaut helmet and a smiley face wearing headphone, and those — as well as other full outfits and skins — launch on April 21 at 8 pm EDT.

The other part of all this is that players can listen to Coachella artists in car radios throughout Fortnite. “Icon Radio will air songs from over 30 artists featured in Coachella 2022,” Epic Games wrote. “While driving around in battle, turn to Icon Radio to add good vibes to your side.”

The full event runs from Thursday to May 16.