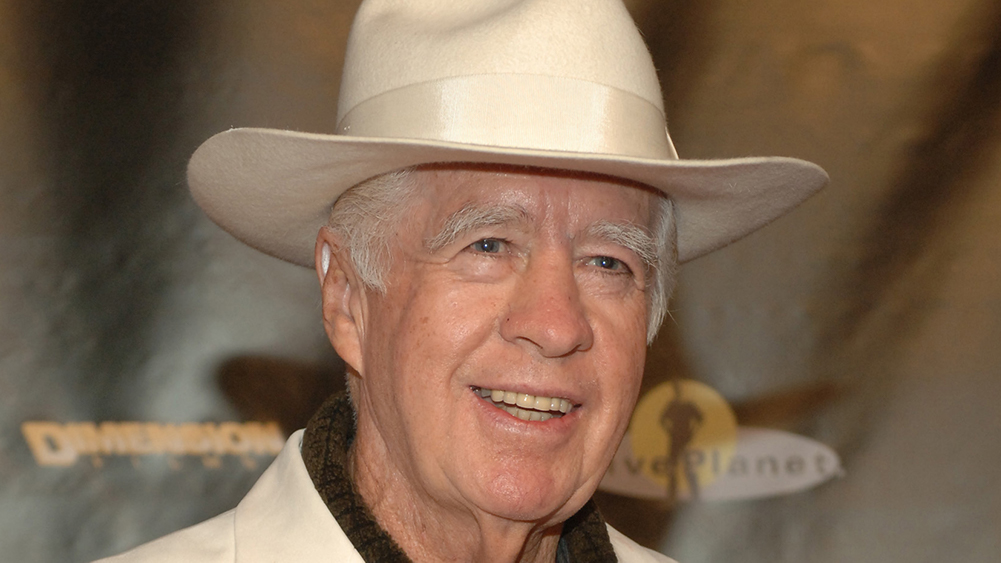 Clu Gulager, a veteran actor best known for his roles on the NBC series “The Virginian” and the 1985 horror comedy “Return of the Living Dead,” has died of natural causes. He was 93 years old.

Gulager’s son John shared a photo of his father on his Facebook as a tribute. Filmmaker Sean Baker, who directed Gulager in the 2015 feature “Tangerine,” confirmed the news of his death on Twitter.

RIP Clu Gulager. I had the honor of working with the legend in Tangerine and a fashion shoot for V Magazine in 2016. He was incredibly talented, hilarious, sweet and kind. And he loved movies. We will miss you Cla. pic.twitter.com/hy6r1v7QRs

“Clu was as caring as he was loyal and dedicated to his craft, a proud member of the Cherokee Nation, a rule breaker, quick-witted and shrewd and on the side – always – of the underdog. He was good humored, an avid reader, tender and kind. Loud and dangerous,” the statement read. “He was shocked to have survived even a day after the death of Miriam Byrd-Nethery, the love of his life, 18 years ago.”

Gulager’s acting career spanned seven decades, beginning with small guest performances on 1950s television series. A mainstay of TV westerns, Gulager starred as Billy the Kid in “The Tall NBC’s Man” for its two seasons and had a regular role on the network’s “The Virginian” for four of its nine seasons. He also had a role in Peter Bogdanovich’s “The Last Picture Show” in 1971.

In the 1980s, Gulager was reintroduced to a new generation of viewers with prominent roles in horror films. The actor starred alongside Vera Miles in “The Initiation” in 1984. A year later, he could be seen in Dan O’Bannon’s “The Return of the Living Dead” and “A Nightmare on Elm Street 2: Freddy’s Revenge” by Jack Sholder.

Gulager was a favorite of director Quentin Tarantino, whose 2019 film “Once Upon a Time in Hollywood” marked the actor’s final screen credit. The actor played the owner of a bookstore in Tarantino’s film. In his private life, Gulager was a regular moviegoer at Tarantino’s New Beverly Cinema in recent years.

Born William Martin Gulager in Holdenville, Okla. on November 16, 1928, Clu’s father was a former actor and cowboy performer. After serving in the US Marine Corps in the 1940s, Gulager attended Northeastern State University and later Baylor University, beginning her adventure in acting.

Gulager’s first screen credit is listed as a 1955 episode of the “Omnibus” variety series. After a string of TV show appearances, Billy the Kid in “The Tall Man” marked his first major role, acting alongside Barry Sullivan as Pat Garrett. Although the NBC series was short-lived, Gulager soon found himself in the saddle as a regular cast member of “The Virginian” a few years later.

In 1964, Gulager had a major role in Don Siegel’s “The Killers,” alongside a cast that included Lee Marvin, Angie Dickinson, John Cassavetes and Ronald Reagan (in his last film role).

Gulager also directed his own short film, “A Day With the Boys”, which was nominated for the Palme d’Or for Best Short Film at the 1969 Cannes Film Festival.

Later in his career, Gulager was managed by his son, John Gulager. The couple collaborated on the 2012 series of horror films “Feast” and “Piranha 3DD”.

Gulager married actor Miriam Byrd-Nethery in 1960. The two remained married until Byrd-Nethery’s death in 2003. He is survived by his sons, John and Tom; their partners, Diane and Zoe; his cherished grandson Clu Mosha; dedicated fans and decades of extraordinary students.