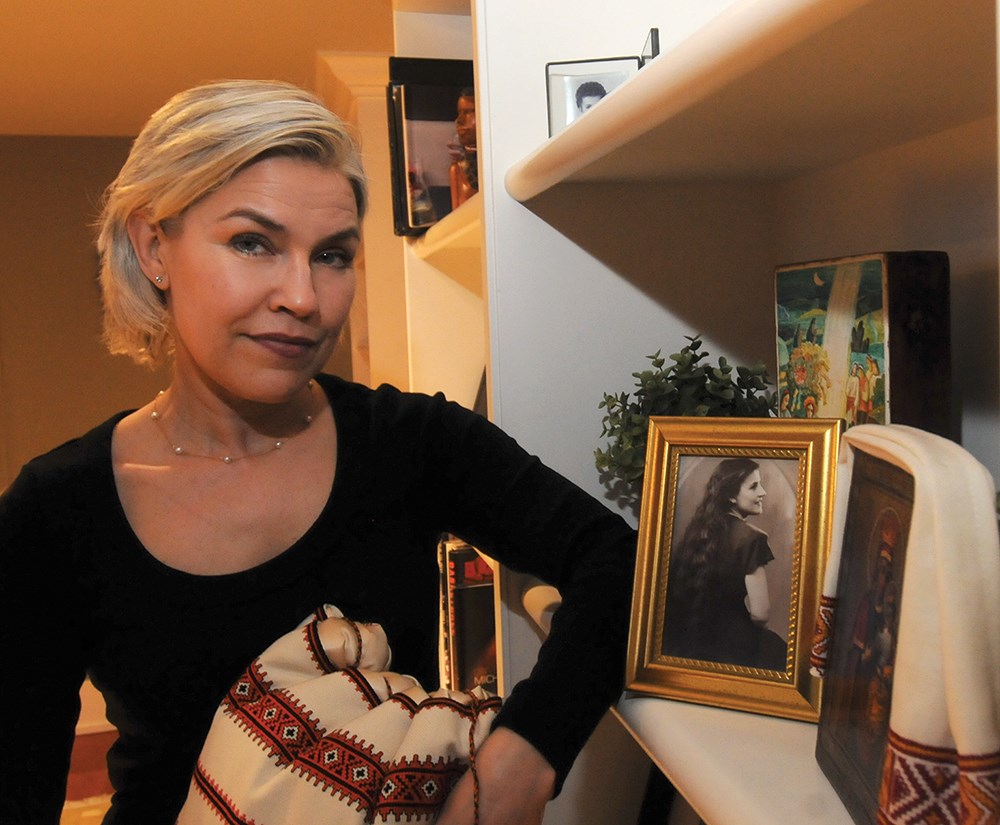 Ukrainians have realized they’re ‘on their own’, says Lisa Upton, but are determined to defend their country

A North Vancouver school principal who has been watching the war in Ukraine unfold with increasing worry said her family members aren’t ready to abandon their country despite constant danger and exhaustion.

Lisa Upton, a North Vancouver resident, has deep family roots in Ukraine. Upton speaks Ukrainian, has taught in the country and her family has long been a part of the political movement to protect Ukrainian identity.

For the past month, however, the situation in that country has been “desperately sad,” said Upton, who keeps in touch with family members through messaging apps and through an aunt in Toronto.

One of her cousins, now in his 60s, is still living in downtown kyiv with his wife and refuses to leave the city.

The wife’s elderly parents live in the area of ​​a large shopping mall that was bombed, said Upton. “Their building is still standing but all of the windows in the building were blown out.” Her cousin tried to get his in-laws to come and live with them, she said. But they refused. “So he went and boarded up their windows.”

“They’re just really committed to staying. They think the Russians should leave.”

Younger members of the family, especially those with children, have fled to safer regions of Ukraine, like many other civilians.

One family has gone west to a town in the Carpathian mountains. Another has gone to a village near the western city of Ivano-Frankivsk, where Upton’s family is from. One relative who is a nurse in Ivano-Frankivsk is still in the city, said Upton, but has started making plans to leave with her three children in the event Russian forces begin bombing civilian areas.

Civilians exhausted by ‘wear and tear of war’

After more than a month of war, the civilian population is tired, said Upton. The cousin she’s closest to has told her, “She’s just tired of going into the bomb shelter, into the basement and she doesn’t want to do it anymore. . . That’s the wear and tear of war. It’s really sad to hear.”

Currently Upton said her family in Canada is still able to wire their relative small amounts of money. “We’ve been sending $100 at a time,” she said, but bank lineups for banks that are still open in cities like kyiv are very long, she said.

Phone connections into the Ukraine to get news of the family have been more difficult to get, she added.

Her family isn’t optimistic about the chances of a negotiated settlement.

“The corridors that are supposed to be humanitarian corridors to evacuate people, those aren’t holding. So it’s just another way that people are getting injured, because they’re continuing to bomb convoys of people who are leaving, so that doesn’t inspire a lot of trust,” said Upton.

In the beginning of the war, “They were more hopeful that there would be more international aid coming,” she said. But now, with Western countries ruling out any actions that would put them in direct conflict with Russia, “There’s a very strong sense (among Ukrainians) that we need to fend for ourselves. No one’s coming.”

Ukrainians remain grateful for both military supplies and humanitarian aid that’s been coming from Canada for refugees, she said.

On Thursday, Canada announced it is increasing temporary federal support for Ukrainian refugees who come to Canada. Support will include language training, orientation about life in Canada and other mentoring and skills training for Ukrainians who arrive under a special accelerated path to temporary residence in the country.