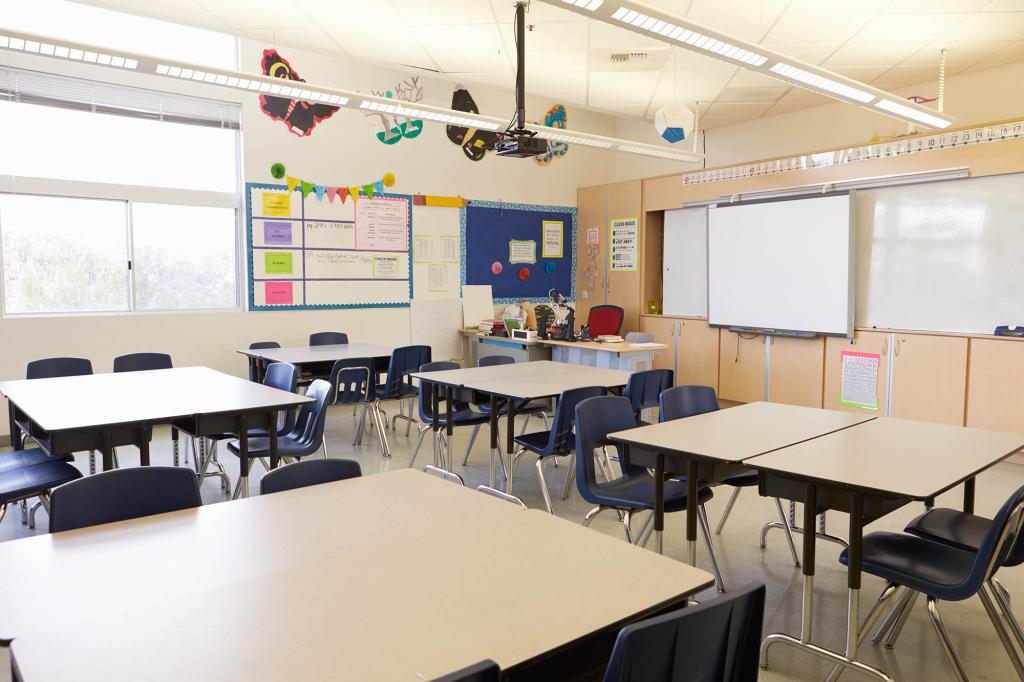 The citywide rate of chronic absenteeism among NYC public-school students has risen to a staggering 40 percent, The Post has learned.

With 938,000 students enrolled in NYC’s schools, that means some 375,000 kids are missing too much school and falling too far behind.

But that number is likely an undercount because students out with COVID or quarantined could be marked present if they logged in online or had minimal contact with a teacher.

“It seems shocking the number is so high, but it could be even higher because they’re not always marking kids absent,” said education watchdog Leonie Haimson of Class Size Matters.

It’s a major problem facing cities nationwide. In New York, chronic absenteeism is when a student misses 10 percent or more of the academic year, at least 18 days, for any reason excused or unexcused. The loss often results in low academic achievement, truancy, dropping out, delinquency and substance abuse, child advocates warn.

Schools Chancellor David Banks has ordered his deputies to stem the hemorrhage. “It will be 40 percent if no actions are taken. We are taking actions,” a spokesman said.

The city Department of Education has not posted chronic absenteeism data for the last two years.

The rate is likely worse because principals say schools were told to mark COVID-stricken or quarantined students present if a teacher or administrator simply made contact with the kids or their parents in an email or phone call.

“We were told they have to be marked present no matter what,” a Brooklyn principal told The Post.

The DOE said kids “may be marked present if they engage in learning remotely.”

Many families worried about safety kept their kids home in the first weeks after NYC schools opened for all in-person classes in September, Haimson and others said. Also, nearly 140,000 students have tested positive since then, staying home sick, while until thousands of exposed classmates had to quarantine.

Heightened anxiety, depression, fear of bullying, and restrictions on fun after-school activities such as sports have also led to lagging attendance, principals say.

They also cite the DOE’s policy since early in the pandemic to no longer use attendance as a requirement for students to pass.

“They know everyone’s going to get promoted,” a principal said. “There’s no fear of not getting promoted, so they don’t have to come in if they don’t want to.’

On top of that, enrollment has dropped.

Chancellor Banks has made tackling the crisis a priority.

“The chancellor’s office is focusing on reducing chronic absenteeism,” Terrence Paulin, a liaison in the Brooklyn HS superintendent’s office, said in a recent memo to principals and attendance officials leaked on Twitter.

“The Central goal is to reduce the current citywide CA [chronic absenteeism] rate of 40% to 30% by June,” the memo says.

Each district was given a “target goal,” Paulin said. Schools also have target goals, principals said. Pre-pandemic, chronic absenteeism ranged from less than 10 percent to 50 percent or more in different schools and districts, data show.

Paulin also said he noticed several absences at a school due to COVID back in January “were not coded 65 [present].” He said one student had 16 absences “but it may not be correct.”

“It’s cooking the books,” a Brooklyn principal said. “You can do your best to make sure they come to school every day, but you can’t change the past unless you change the data. I’m sure that’s why they’re giving that directive.”

The DOE countered that such fixes are routine: “Schools regularly verify attendance records for students to confirm the correct codes were entered,” a spokesman said.

Other cities are also plagued by absenteeism. Last week, the LA Times reported 46 percent of the city’s public-school students, more than 200,000 kids, have missed at least 9% of the academic year, more than twice the number pre-pandemic.

“I’ve heard of chronic absenteeism rates of 50% or more since the start of the pandemic,” said Joanna Smith-Griffin, CEO and Founder of AllHere, a Boston-based company that helps districts boost attendance.

Calling it “the canary in the mine,” she said, “Education leaders need to see dropping attendance and, even more alarmingly, enrollment, for what they really mean – a student population still reeling from the physical, social and emotional trauma of a pandemic and an overall breakdown of trust in public institutions, including schools.”

DOE spokesman Nathaniel Styer said officials expect the problem to lessen with more attention to it. “Twenty eight percent of our students will be chronically absent at the end of this year,” he projected.

“We are laser focused on ensuring every student attends school every day. This includes proactively identifying students who are at risk and taking steps to prevent chronic absenteeism. We expect each superintendent to make this a priority and to provide every student facing attendance barriers with the support they and their family need to end the year strong,” Styer said.