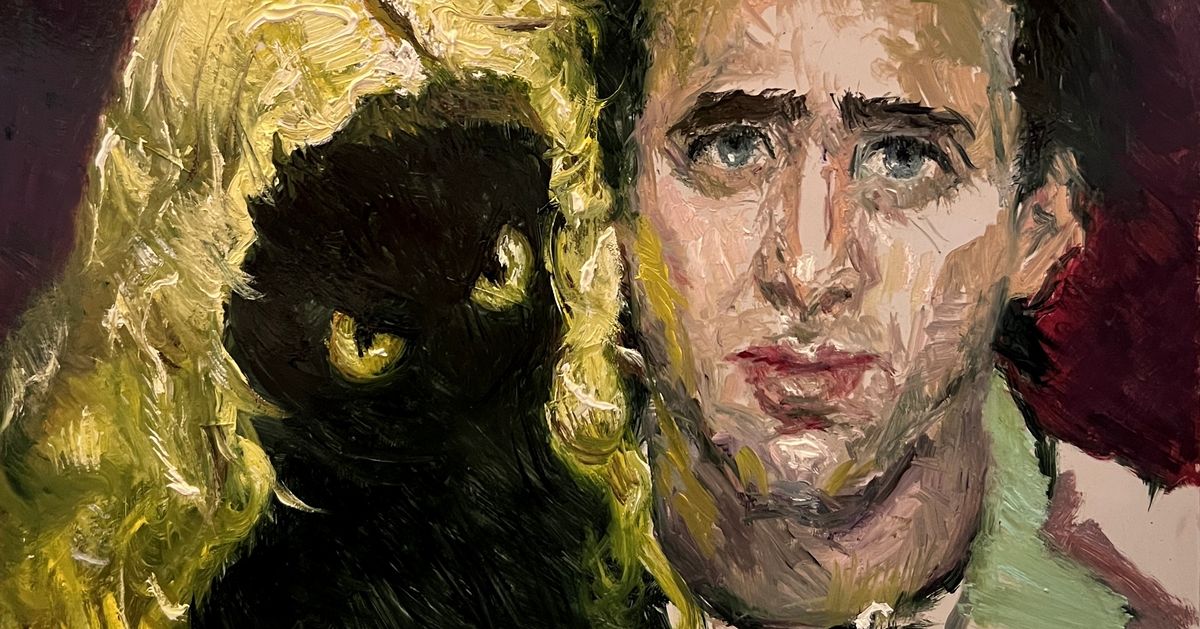 A cat-centric art exhibit is “feline” like celebrating Oscar-winning actor Nicolas Cage through an upcoming exhibit.

CatCon, an event that describes itself as the “world’s largest event dedicated to feline and pop culture,” will pay tribute to Cage with its exhibition “Uncaged: The Unbearable Weight of Genius Cat Art” in Pasadena, Calif. , next month.

The exhibit, which Cat Art Show will feature at the event, features artwork “paying homage to famed cat dad and internet muse” Cage, according to a press release.

The name of the exhibit is a take on the movie “The Unbearable Weight of Massive Talent,” a film starring Cage in which he must use his acting roles to save his family.

“He’s cult, he’s camp and he’s DGAF,” she said. “Cats have many of the same characteristics ― so why not combine the two and celebrate it on canvas?”

The exhibit appears to be a purring tribute to Cage, as the actor, a known cat lover, told The Hollywood Reporter earlier this year that his cat Merlin is like family to him.

“Merlin is an atypical cat. It’s not the same as other relationships I’ve had with cats over the years,” Cage said. “There’s a real, almost human level of affection that emanates from him, which is almost like a son. It’s quite intense.

Cat Art Show will sell the original artwork, which CatCon will display Oct. 1-2, through its website.

Ten percent of proceeds will go to cat-related charities, according to CatCon.