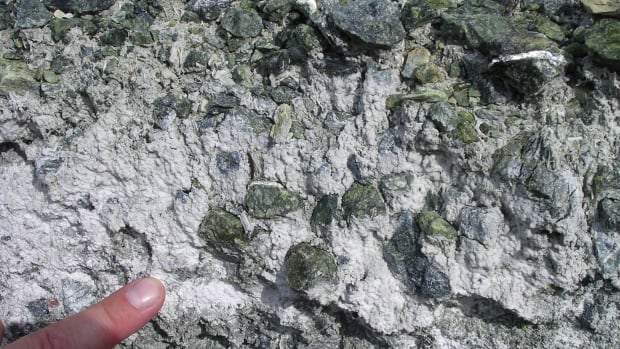 A small company formed by geologists from the University of British Columbia in Vancouver has received a big boost on Earth Day for its discoveries that accelerate rocks’ ability to capture carbon dioxide from the atmosphere.

Carbin Minerals Inc., founded by Greg Dipple and Bethany Ladd last September, has won US$1 million from a US organization that has support from the Elon Musk Foundation.

XPRIZE awards millions of dollars to fund technological and ingenious breakthroughs that help solve some of the world’s most pressing problems, including climate change.

Since 2000, Dipple, who was a professor of geology at UBC for 30 years, began to study a natural process by which rocks under the earth’s crust react with carbon dioxide when they are unearthed by mineralizing it and thus removing it from the atmosphere.

The process, called weathering, however, can take thousands of years. Dipple and his colleagues sought to find ways to speed up the process, especially at mine sites, so that huge fields of mine tailings, essentially pulverized rock, could become huge carbon sinks.

“What we do with Carbin Minerals Inc. is understand that these reaction rates are relatively slow, we have techniques that allow us to increase these rates by a factor of three or five so that we have unique sites which process hundreds of thousands of tonnes of CO2 per year,” he said.

The amount of carbon dioxide in the atmosphere, measured last summer at 50% more than at the start of the industrial era, is a driver of climate change.

By monitoring mine sites, technicians can adjust the amount of water in tailings sites or simply stir up the rock bed to increase the rate of carbonization, in some cases up to several days.

After incorporation, the company rushed to apply to XPRIZE for its $100 million carbon elimination competition.

Entrants must prove that the technology actually works and “achieves net negative emissions, sustainably sequesters carbon dioxide for at least 100 years, and shows a sustainable path to ultimately reaching gigatonne scale,” according to a statement naming the winners.

“Huge for us as a company”

Dipple said being named as one of 15 winners out of 1,133 initial entrants, all judged by a panel of 70 experts and scientists from around the world, is a valuable endorsement for Carbin Minerals Inc. and its future.

“It’s huge for us as a company,” he said. “It allows us to really accelerate our R&D and technology development and deployment. We’re working hard right now to get this technology out in the field and start working.”

The XPRIZE money will help the company set up its first pilot project, hire new employees in addition to its current team of five, purchase equipment and begin fulfilling carbon removal contracts .

It is also set to win an additional $50 million from XPRIZE in an ongoing carbon knockout competition.

The company recently signed its first contract with Ottawa-based Shopify to remove 200 tonnes of carbon dioxide from the atmosphere as part of the company’s social responsibility plan.

I am delighted to announce the partnership of @Shopify with 9 new entrepreneurial and tech-focused trailblazers, bringing our total Sustainability Fund commitment to carbon-free solutions to $32 million since launch 🚀https://t.co/jgVnxfcPBw

The company was recognized for its invention dubbed “MiniTorr”, which is an inexpensive, portable machine that uses a thermochemical process to convert biomass, such as crop byproducts, into bioproducts, such as fuel and fertilizer , rather than being burned.