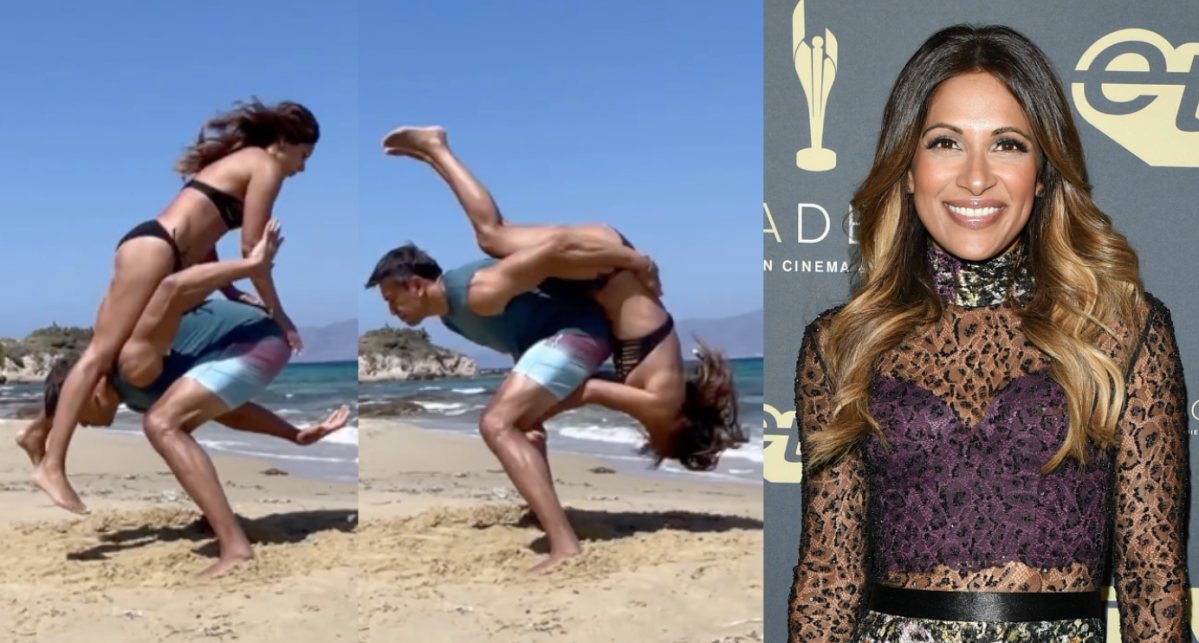 Sangita Patel is back with another fitness challenge.

On Tuesday, the 43-year-old took to Instagram to give fans another look at one of her impressive workouts – this time from Greece!

In the video, the “Entertainment Tonight Canada” host showed off her toned physique in a strappy black two-piece swimsuit. She filmed herself with her husband, Sam Patel, on the shore of the Greek island of Naxos. As her husband bent down, she jumped onto his back and he pulled her between his legs to bring her to a standing position.

After pulling off the move, the mother-of-two couldn’t contain her excitement as she jumped up and down and beamed at her hubby.

“It’s Fitness Tuesday! Yo! The shock on both of our faces at the end that we made it!” she started in the caption, with the tears of joy emoji.

The CoverGirl ambassador went on to explain that while the move “wasn’t easy,” it was worth it in the end.

“It wasn’t easy, but we really had a lot of fun – luckily on our soft landing on the beach, phew! It involved some coordination and Sam’s poor legs! Thanks for sending in these challenges… keeps me on my toes! Who’s going to try?! Alright, I’m going back to my nap!”

Fans and fellow celebrities obsessed over the “daring” maneuver and gushed over the “impressive” strength of the “Home to Win” host.

“A brave move, but you made it!” commented a fan. “Looks like you’re having so much fun!”

“I tried to do this with my boyfriend and it’s super hard so I can appreciate the awesome amount of strength it took to do this!” someone else said.

“Fitness Goddess with the Greek God! Love this challenge! But oh, it could have gone wrong so fast,” added another with the laughing emoji.