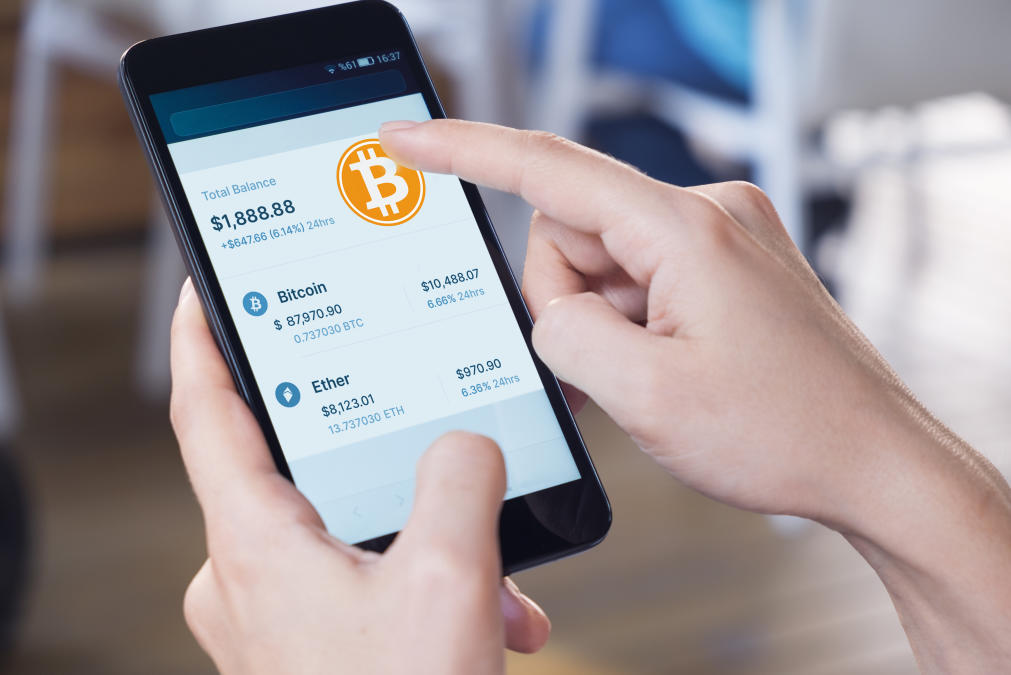 On a foggy Monday morning in December, I stepped out of my suburban home on the outskirts of London, intending to live solely on bitcoin (BTC-USD) for the next 24 hours.

I emptied my wallet of all credit cards and cash because for this experiment I would only need my cell phone and a suite of payment applications specifically suited to transactions in cryptocurrencies.

The mechanics of buying bitcoin are simpler today than when the world’s preeminent cryptocurrency first emerged. In those early days, users had to move money through a labyrinth of offshore middlemen to buy bitcoin on exchanges like Mount Gox in Japan.

Now there are a myriad of easy-to-use payment applications such as Revolut, Paypal (PYPL) and Coinbase (COIN) that give retail users access to bitcoin within a few clicks of a mobile phone screen.

Look: can you live solely on bitcoin?

For my ventures all over London, I would rely on the Revolut payment application and first topped up my account with $150 (£110) worth of bitcoin or about 0.004 BTC at mid-December 2021 prices.

My mission was to use bitcoin only to buy food and to pay for all my travel and the services I needed.

The first was to try and buy breakfast at Sainsbury’s before we left for London. The major supermarket chains in the UK are not bitcoin friendly, but there is a way to transact with gift cards that can be paid for in bitcoin using the Bitrefill mobile application.

So I downloaded the Bitrefill app and topped it up with bitcoin from my Revolut cryptocurrency wallet. I bought $10 worth of bitcoin or 0.00028 BTC for breakfast ingredients.

Look: what is bitcoin?

My next point of contact were the opticians. However, I had scoured the internet trying to find an optician in London who would accept the world’s largest cryptocurrency, but I couldn’t find one.

So I got in touch with one of London’s crypto experts, the entrepreneur and founder of the Financial Fox YouTube channel, Stefania Barbaglio. She directed me to an optician who accepts bitcoin as payment for goods and services, Adam Simmons Opticians on Regent’s Park Rd, near Chalk Farm tube, London.

I needed transportation to get there. After a short investigation, I found that I could not use my car to travel to destinations all over London, as no gas station in the country would compromise the primacy of the petrodollar and accept bitcoin in exchange for fuel.

After scouring online forums, I came across the only taxi service in London that would take bitcoin as a means of payment, the Bitcoin Black Cab.

The Bitcoin Black Cab is a taxi service operated by the pseudonym Dave Jenkins, otherwise known as the Crypto Cabbie. It is a sole proprietorship that has been run since 2017.

Dave took me to Adam Simmonds opticians for 0.00056 BTC, or £20. Adam Simmonds has a bitcoin sign in the window and all products in it can be purchased using the cryptocurrency, including eye tests, which I had booked. It cost £75 and Adam paid in bitcoin, which cost 0.0021 BTC.

Adam told me that he has been accepting bitcoin as a means of payment for the past 6 months. He initially became interested in making his company bitcoin-friendly because he wanted to “be involved with this new wave of forward thinking thinkers”. He doesn’t immediately cash out the bitcoin he receives because he is a “hodler” – someone who believes crypto will appreciate significantly in the long run.

I used Revolut but the transaction took almost 30 minutes which was a problem as I didn’t want to leave without checking if the payment had gone through and I was worried it would also be a problem when paying for my second taxi ride with the Crypto cabbie. The transaction delay was not due to my outdated phone.

While waiting for the transaction to complete, a cryptocurrency investor approached Adam’s opticians and told me about a nearby pizza parlor that accepted bitcoin. The investor, who chose to remain anonymous, took me to the Cinquecento Napolitan Pizzeria on Portobello Road, which has recently started using bitcoin as a means of payment. There I met the CEO, Emanuele Tagliarina, and enjoyed a Napoli pizza, which cost £12, or 0.00034 BTC.

Leaving the pizzeria, I had to travel through London to meet Brian Rose, the host and founder of the London Real YouTube channel, with whom I wanted to chat about using bitcoin as a tool for everyday transactions.

Brian and I discussed the slow transaction speeds I had experienced using bitcoin in London, as well as the low adoption rate. Many of the companies that claimed to accept bitcoin on the internet actually did not accept it when I called them to check.

The former Wall Street veteran told me that “bitcoin is a great digital asset, although it is a terrible digital currency”.

“It’s built to store value as digital property, but it’s not built for people to transact with. We need new innovations for that to be able to survive well with bitcoin. We’ll be on that for another 12 months.”

I had £14 left in my digital wallet which I transferred to Bitrefill for a takeaway, ordered through Just Eat, which was delivered to my house when I got home.

Bitcoin was born during the financial crisis of 2008. The anonymous founder Satoshi Nakamoto referred to the rescue of the global banking industry in the first block in the bitcoin blockchain, now called the “Genesis Block”. Inside the code of the Genesis block is a secret message that reads “The Times 03/Jan/2009 Chancellor on the rand of second bailout for banks”.

Throughout 2021, the fallout from COVID-19 lockdowns has done little to dent bitcoin’s consistent appreciation. In addition to a major Elon Musk-related dip in early June, a prolonged dip in July and a flash crash in early December, the price of bitcoin is up 94.29% in value as of early January 2021.

However, in the week I ran my bitcoin experiment, the price of the digital currency had fallen to a monthly low of $47,000. This collapse in the price of the world’s leading cryptocurrency became all the more dramatic after bitcoin hit an all-time high of over $69,000 earlier in November.

There were three main points of my experiment while living in London with bitcoin – the slow transaction speed is a major inconvenience, bitcoin is still unsuitable for large-scale transactions and the adoption rate by stores in the capital has not increased significantly since its inception. in 2009.

The vast majority of retail outlets are still unwilling to accept bitcoin as a means of payment. So the only way to successfully live solely on crypto is through third-party applications like Bitrefill.

To paraphrase Brian Rose, bitcoin is built to store value as digital property, not built for humans to trade with on a daily basis.

Watch: What are the risks of investing in cryptocurrency?