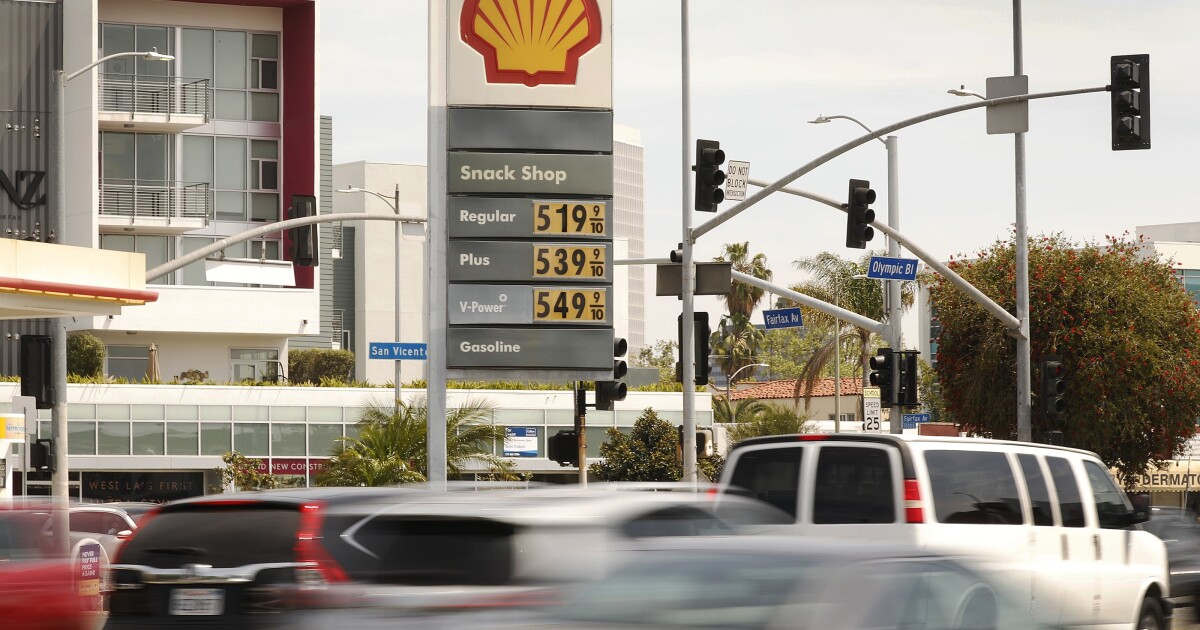 Millions of California families would receive cash rebates of $200 per person under a detailed plan unveiled by state Senate Democrats on Thursday, with additional increases for those enrolled in government assistance programs and small business grants that could be extended for another decade.

The effort to distribute the state’s huge fiscal surplus would be more ambitious than recent proposals by Governor Gavin Newsom and others to provide one-time cash payments in response to the recent spike in gas prices – ideas that largely fell flat at the state Capitol, even as a gas tax hike looms on the horizon in July.

Instead, legislative leaders have insisted on a broader approach in response to the effects of inflation on Californians.

“With the new revenue available for this year’s state budget, the Senate is doubling down on its priorities,” Senate Speaker Pro Tem Toni Atkins (D-San Diego) said in a written statement.

In total, Democrats said Thursday they believe the state will have some $68 billion in excess tax revenue over the next 14 months, which can be used in a variety of ways to boost government services as well as reserves. state treasury. The estimate is based on preliminary data from April tax collections. A more detailed projection is expected in two weeks when Newsom unveils a revised state budget plan.

But indications are that the state’s tax tally is historic, even after nearly a decade of windfall gains that helped remake California’s once-broken state budget.

Atkins said Thursday that the large surplus will allow the state “to help even more people, build their ability to achieve their dreams, and ensure that there will be both resources and a more equitable system in place” for the future.

Senate Democrats have proposed spending $8 billion on one-time cash rebates for families with adjusted annual incomes below $250,000 — $200 per taxpayer and an additional $200 for each child. For a family of four that meets the income requirements, the state would provide a tax refund of $800. Leaders of both legislative chambers adopted a similar idea last month.

By comparison, the gas price relief plan announced last month by Newsom would cost $9 billion and is limited to vehicle owners with additional subsidies for public transit. The governor also sought to suspend a planned increase in gasoline taxes this summer, an effort that was subject to a deadline this week for state officials to begin preparing for the policy shift.

A bipartisan group of state lawmakers unveiled their own plan focused on gasoline prices on Thursday, calling for a 12-month suspension of California’s current 51-cent-per-gallon excise tax on gasoline. These taxes are expected to total nearly $7 billion in the current fiscal year ending June 30.

Democrats have also proposed grants to California small businesses that will soon be required to make new payments to cover the cost of COVID-19-related jobless claims. Unemployment benefits paid at the height of the pandemic were covered by a federal government loan that is expected to be repaid, in part, by higher payroll taxes for employers.

A legislative analysis last month estimated that a typical employer would pay an additional $21 per year per employee in 2023 and up to $189 per employee by 2031. Democrats said Thursday they would pledge to pay a $10 billion grant to businesses with up to 250 employees, paid over the next decade.

Broadly, the Senate Democrats’ plan would use most of the state’s discretionary fiscal surplus on one-time items. Families enrolled in the state welfare program, CalWORKs, would be eligible for an additional subsidy. Low-income Californians with disabilities would also receive a top-up to their benefits. And grants would be made available to low-income residents whose immigration status excludes them from the traditional tax filing process.

Billions more would be added to state cash reserves, including “rainy day” funds that were created after the last California recession for schools and social service programs.