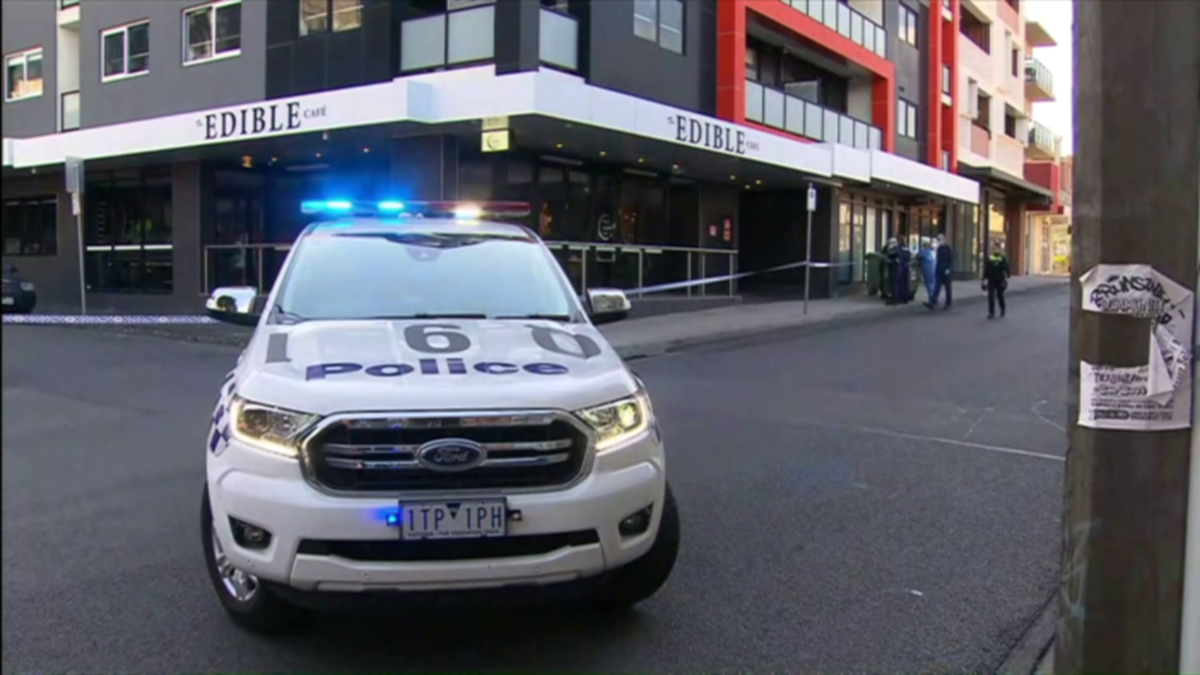 A woman has been arrested after boarding a Melbourne tram ‘covered in blood’ following a double stabbing in the north of the city.

Paramedics were called to an apartment complex on Hope Street in Brunswick around 5.20am Thursday to reports of a stabbing.

They found a man in his 50s with serious injuries lying outside the building and he died on his way to hospital.

When police attended, they found a second 59-year-old man dead inside the apartment.

Shortly after, a 44-year-old woman was spotted riding a streetcar in Carlton as she drove through the town covered in blood.

“She was bleeding and had quite a bit of blood on her,” Acting Assistant Commissioner Mick Frewen told reporters on Thursday.

There were also “blood trails” in the surrounding streets and Frewen asked anyone who saw blood to contact the police.

“Bloodstains could be in an area that (is) blind to police,” he said.

The crime scenes have been described as “complex” and include the tram, surrounding streets and inside and outside the apartment.

The woman is currently hospitalized and the police have not yet been able to speak to her.

We think she has minor injuries.

Frewen said at this stage police are not looking for anyone else in connection with the double stabbing and believe the matter is “contained”.

The police have not yet established the relationship between the three parties.

No weapon was recovered.