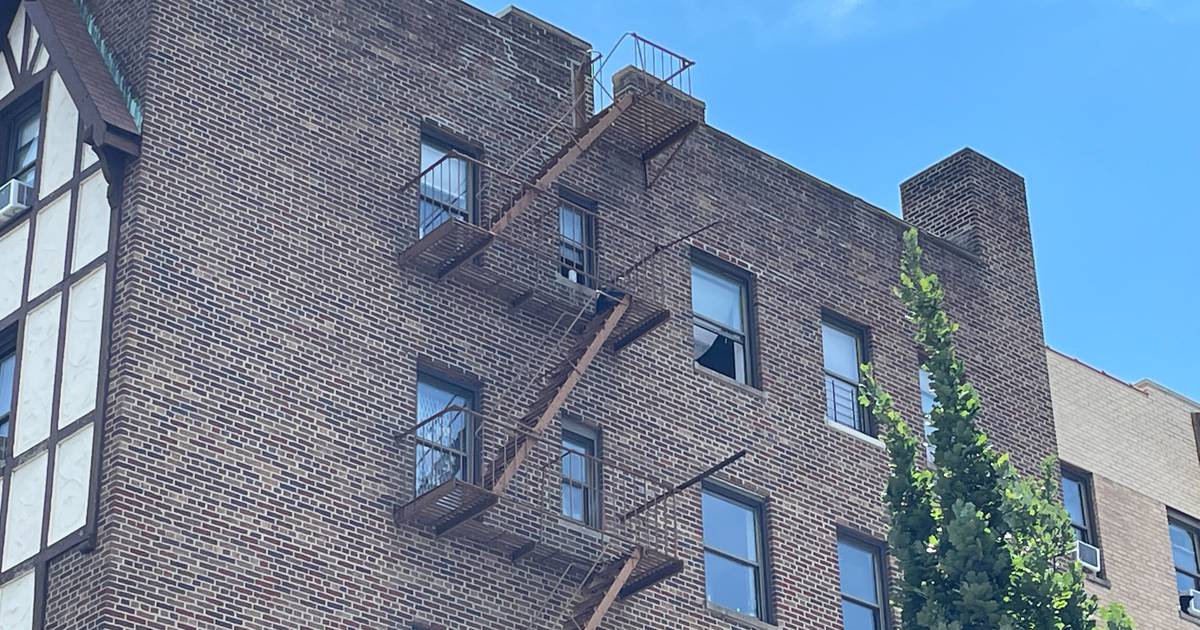 A man and a woman died Saturday after falling from an apartment building in the Bronx, police said.

The couple, a 35-year-old man and a 28-year-old woman who neighbors say have children together, fell from a sixth-floor apartment in the Cruger Ave building. at Pelham Parkway South in Morris Park, just outside the Mosholu-Pelham Greenway around 9:15 a.m., according to police.

The two were found in the backyard of the building, officers said. Their names were not immediately released.

Investigators suspect their deaths were not part of a suicide pact, but rather a fight that ended in death, police sources said.

An older woman, believed to be the mother of the deceased, collapsed on the hot pavement in front of the building and cried after being told no one had survived, witnesses said.

Neighbors tried to console the woman, but she could not be calmed down, said a neighbor who identified only as Juju.

” She is not well. She just lost her son,” she said. “She asks her friend to comfort her.

“It’s not supposed to happen,” added Juju. “It is his beloved, it is his child.”

“Today was his birthday, his mum told me. His family is in Albania,” Perkaj said.

“We just know that they are Albanians, like us. I see them everyday together,” she said. “We didn’t recognize that there was anything wrong. They lived here for three months,” she said.

The couple’s children were inside the apartment safe and sound, cops said. A window above the driveway that cops suspect fell was left open as police combed the scene.

Neighbors said the couple lived there with their sons.

“They were super nice kids, two little boys,” neighbor Giovanni Resto told the Daily News. “They were playing with my puppy two days ago. The parents were really nice too. The woman was super nice. The guy was a little distant, but a nice family.

The couple may have argued before they died, neighbors said.

“Someone said there was screaming,” said Steve Iurilli, 63. “I saw a bag on the fire escape, maybe she was trying to leave.”

Porter Harold Jonson, 60, noticed something was wrong with the male resident.

“I saw him last night, I said ‘are you okay?’ because he had very big eyes, his eyes were really wide, like he was angry.

A nearby construction worker heard the couple fall and rushed to see what had happened, neighbor Frank Mussemeci recalled.

“He was having coffee right there,” Mussemeci, 50, said. “And they heard a big noise like a piece of steel hitting the ground, like ‘boom’.”

A child was heard shouting “Mom! Mom!” seconds after the noise, Mussemeci said.

Resto, 28, initially thought what he heard was a car accident.

“My neighbor went to throw the garbage and she saw it there,” he said.

There was so much commotion outside once the bodies were discovered that neighbor Alba Rivera, 67, thought the building was on fire.

“I hope to never see this again,” said the resident of the shaken building. “My heart is with them.”