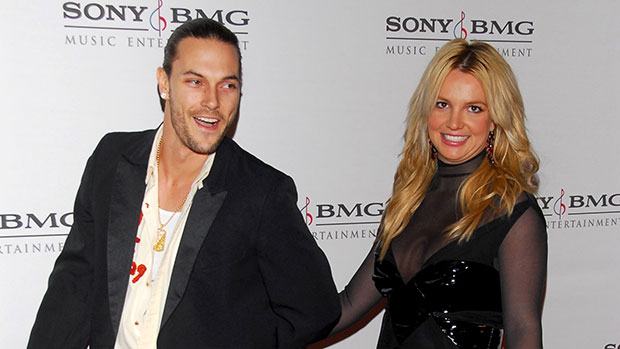 Britney Spears has been quite vocal on social media following the firing of her conservatorship, giving fans insight into her personal life that has been shrouded in secrecy for years. Taking to Instagram on April 21, the Princess of Pop proved she was close to opening up about her recently announced pregnancy in a since-deleted post, saying she didn’t care about the nausea associated with it. . While explaining that she was worse off in her first two pregnancies with her “mean” moods, she dropped a bombshell, claiming her ex-husband Kevin Federline refused to see her while she was carrying her baby!

“I was naughty as hell…it was beyond me…I think what made people so uncomfortable was the fact that I was incredibly QUIET,” began “Toxic” singer. “But my ex-husband didn’t want to see me when I flew to New York with a baby inside me and Las Vegas when he was shooting a video!!!” She went on to say that she “played” by eating pickles and chewing ice cream. “As the ice hit my tongue, I got a text saying ‘If you don’t divorce Kevin, he will publicly divorce you.’ Since I hadn’t seen him in a while, I already knew it was over…”

Britney officially filed for divorce from Kevin on November 7, 2006, two months after welcoming their son Jayden. The former couple had given birth to a son Sean Preston on September 14, 2005, a year after their surprise wedding in Los Angeles. Britney and Kevin now share custody of their teenage sons, with the ‘Breathe On Me’ hitmaker owning 30% and Kevin the 70% majority.

Britney Spears and her fiancé Sam Asghari: discover the photos of the couple

Later in the Instagram post, Britney said she had “made peace” with what happened between her and Kevin, while recalling the time in her life just after Jayden was born, when she caused a media storm by hanging out with the likes of Paris Hilton and Lindsay Lohan. “I had my baby and literally went out with Paris twice and it was all over the news like I was a party girl.” She added, “Whatever, it’s over now and I’ve made peace with it.”

Celebrities with coronavirus: find out who has had COVID-19