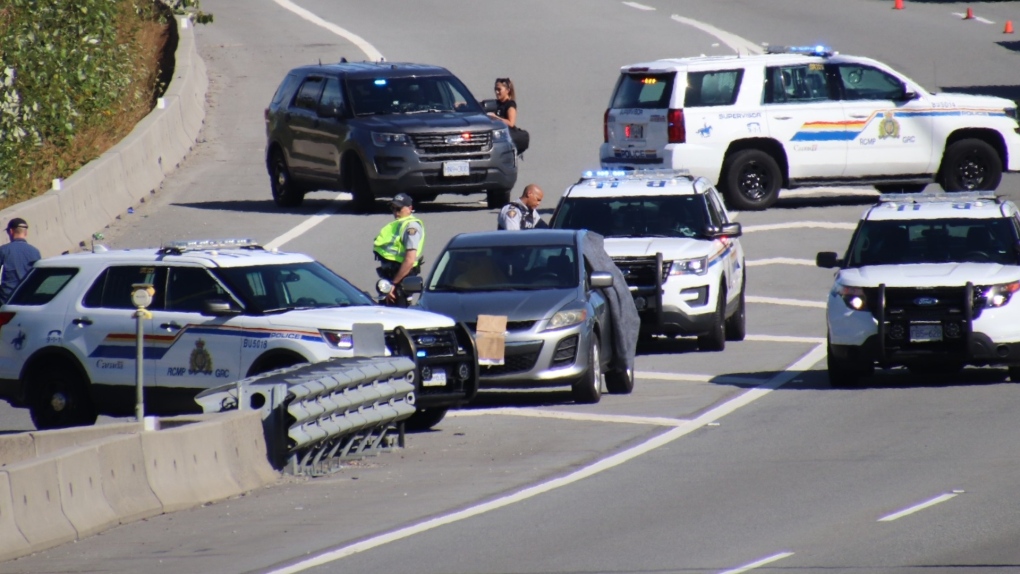 A man is dead and another is injured after a shooting in Metro Vancouver on Saturday.

Officers were called to Highway 1 near the westbound Kensington Avenue exit by the surviving shooting victim around 2:30 p.m., according to Burnaby RCMP.

“Investigators are working to determine where the shooting occurred and the distance the vehicle traveled with both victims inside before the driver stopped,” a statement from the detachment said, adding that the driver sustained non-life-threatening injuries.

Police say they believe the shooting is linked to the Lower Mainland gang dispute, adding that a vehicle suspected of being linked to the murder was found on fire on Eastlawn Drive in Burnaby.

The Integrated Homicide Investigation Team has been called and the freeway exit is expected to be closed for several hours.


This is a developing story on CTV News. Check back for updates.