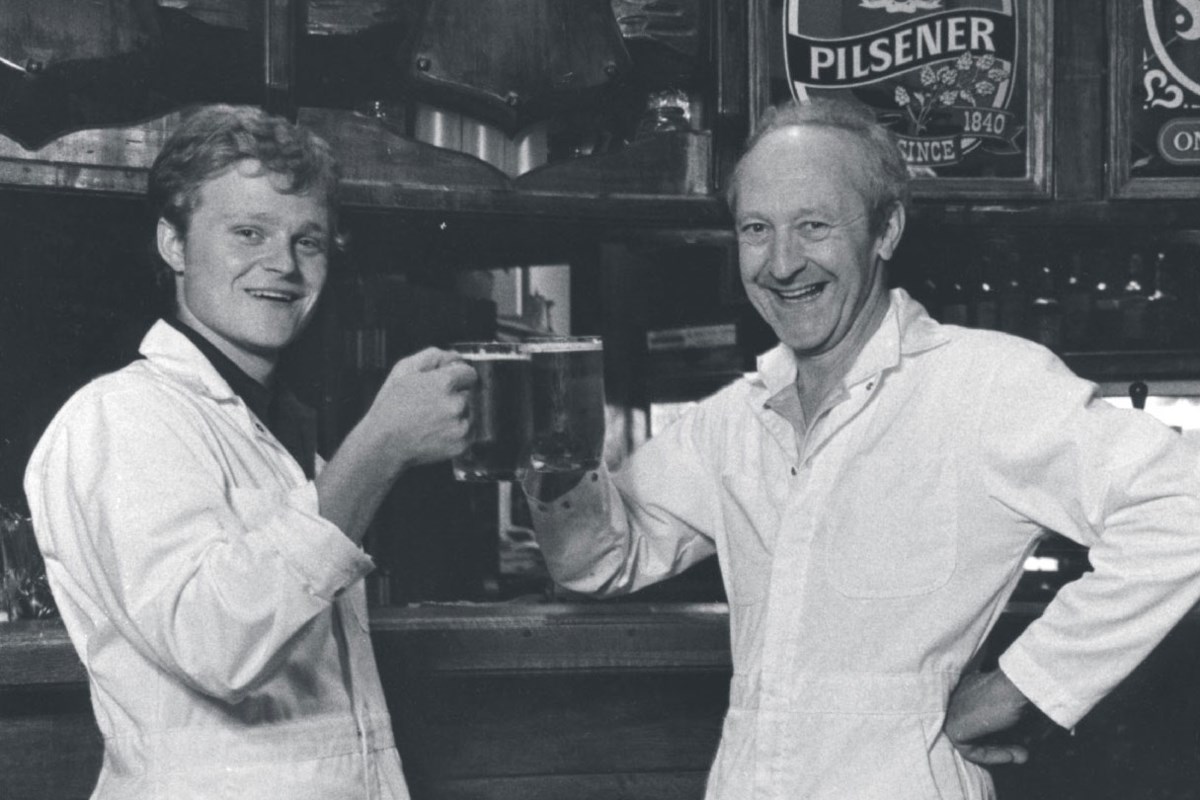 Wednesday, July 6 marks the 40th anniversary of the opening of Canada’s first microbrewery in Horseshoe Bay

Much of Canada’s thriving craft beer industry can be traced to the efforts of one man, John Mitchell, who lobbied to reform Prohibition-era regulations in British Columbia.

On July 6, 1982, he opened Horseshoe Bay Brewing – the nation’s first microbrewery – paving the way for the establishment of an industry in the province and across the country.

Now, 40 years later, a beer has been brewed to celebrate his legacy, while helping to educate the next generation of brewers.

The team at Russell Brewing, along with alumni of Kwantlen Polytechnic University Brewing School, have collaborated to produce John Mitchell Tribute Ale, which will be launched on Wednesday.

The beer is a Cascadian dark ale made from Mitchell’s original 1982 brew sheets. Proceeds will be donated to KPU’s John Mitchell Legacy Scholarship, which will help defray student expenses at the school .

The scholarship was launched shortly after Mitchell’s death in 2019 with a $10,000 donation from Spinnaker’s in Victoria, the country’s oldest brewery, which he co-founded in 1984.

“He is truly the granddaddy of craft beer in Canada and North America,” said John Ohler, executive director of the Fellowship and steward of Mitchell’s legacy.

While the two Johns would eventually become friends while working at Howe Sound Brewing in 1996, Ohler’s earliest fond memories go back further.

When Mitchell started brewing in Horseshoe Bay, Ohler was around 15 years old. Every summer, he and his father would take their boat out and hang out in the area.

“I remember seeing this brewery, and I thought it was the coolest thing I had ever seen,” Ohler said. “I wasn’t old enough to go into the brewery, so I stayed outside and watched John Mitchell brew.”

Ohler remembers being infatuated with the aroma of hops and malts.

More than a decade later, fate wants the two to quickly become friends.

Their friendship continued outside of the workplace, with road trips and regular dinners at Mitchell’s in North Vancouver.

“He became more like my grandfather,” Ohler said. “So I would call him grandpa and stuff like that.”

As Ohler continued to do more consultancy work in the industry, Mitchell – then retired – was by his side at Old Abbey Ales in Abbotsford and Trading Post Brewing in Langley, which is opposite KPU.

Mitchell would visit the brewing school there and hold talks with the students.

Ohler wants people to remember Mitchell’s hard work calling for the industry to start and lobbying against excessive taxation so brewers can actually make money.

“It’s important because craft beer has really had a major impact on Canada’s culture and economy,” Ohler said. “It all started with John Mitchell.”