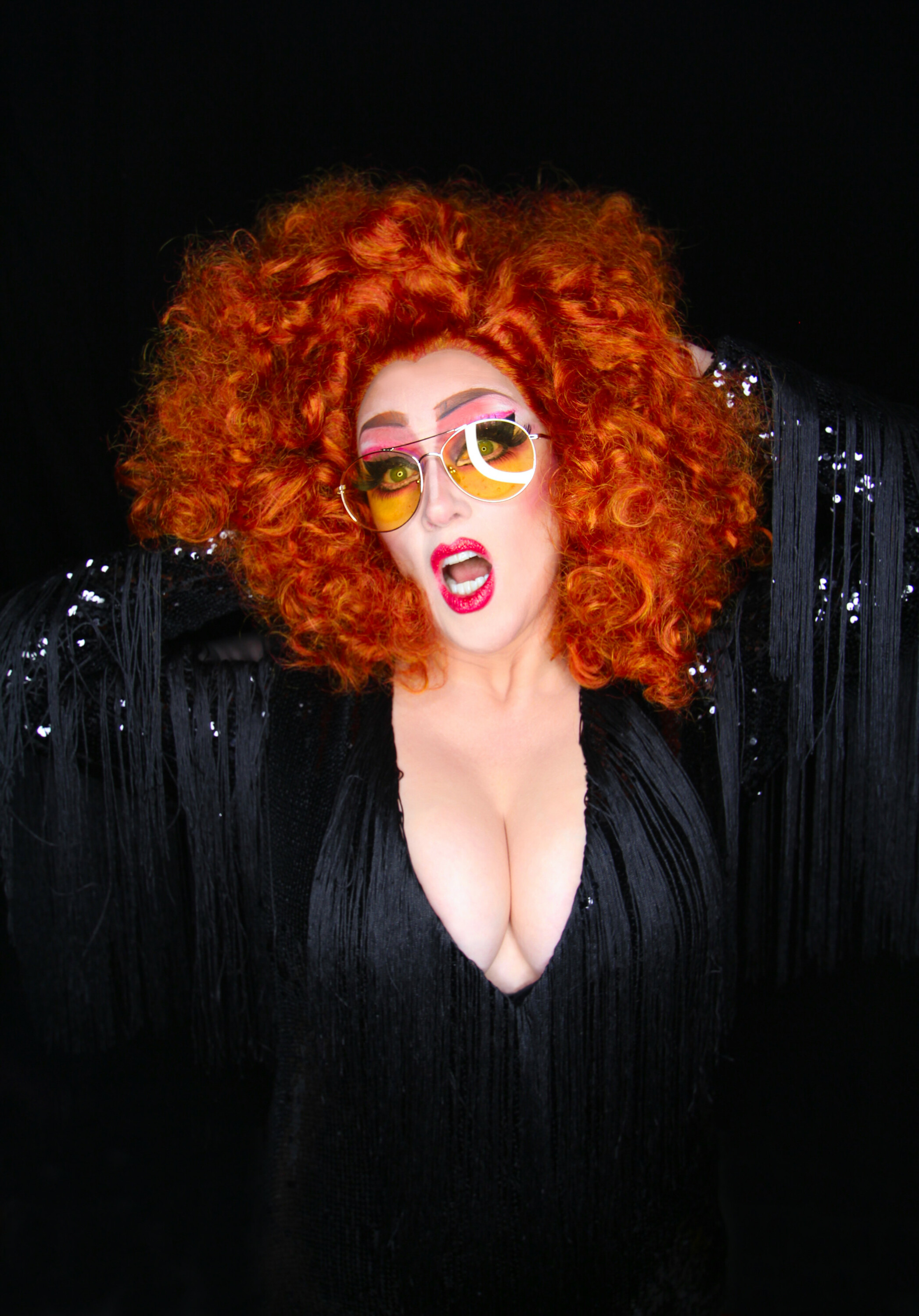 There is an amazing reveal involving a bottle of shiraz in Broad, Geraldine Quinn’s first cabaret show in four years, that this magnificent queen does not want spoiled in reviews. And who am I to argue?

All I’ll say is this: it is a gloriously anarchic reclamation of the unadulterated power of a mighty woman who, fast-approaching 50, refuses to care a moment longer what sexist, ageist imbeciles make of her. The sort of electric thunderclap that inspires audience members to hoot out loud and bump the air with their fists in empowered solidarity, it lays down the gauntlet for tea time to beat this comedy festival.

Donning kaftans since her teenage years, and noting that the irony has long since passed, Quinn has always aspired to be a bold and brassy woman. She didn’t identify with the orphan when she watched Anne as a kid, despite sharing her wonderfully wild red hair. Nope. She wanted to be Carol Burnett as the gin-swigging Miss Hannigan. And huzzah to that, because it’s led to this joyous celebration of the iconic broads who inform Quinn’s remarkable brand of showbiz blues. That includes local hero Rhonda Burchmore (fabulously, the pair once compared bunions in the backroom of a gay club).

Accompanied on the teeny Quilt Room stage at Trades Hall by the dashing Cameron Thomas on keyboard, the instrumentally gifted Quinn is a whirlwind of wonder standing proud on sparkling golden platform heels. A performer at the top of her game, she commands our attention, even pausing premature applause the night we attended in order to hit, uninterrupted, the glorious finale of one spectacularly sassy song with a built-in dramatic pause. There isn’t a wrong note in this one-hour ode to the sisterhood that you absolutely should snap up tickets to see. Sing along and leave on an almighty high. Maybe after sinking a glass of shiraz or two.